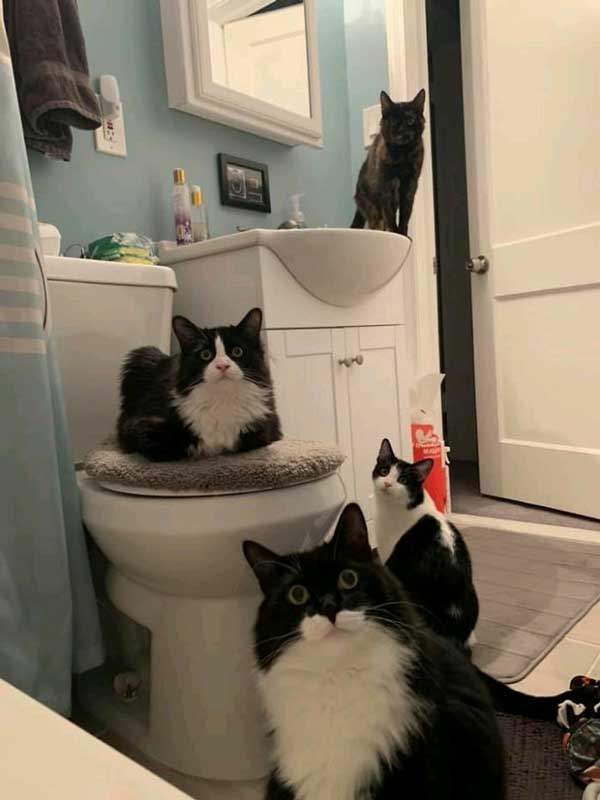 So stop sh*tting in the tub...?
dk-berlin / Via reddit.com 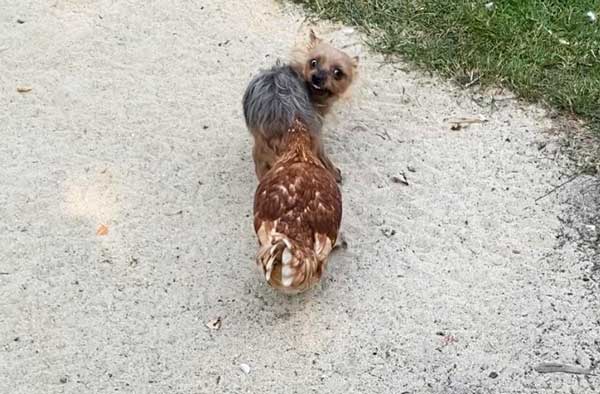 This chicken is trying to establish dominance over your dog. Chickens have a social structure of dominance and subordinates, and they peck feathers from the rear of the chickens below them in their social group. It's where the term "pecking order" comes from. This one thinks that the dog is a part of that group.
gzigmann / Via reddit.com 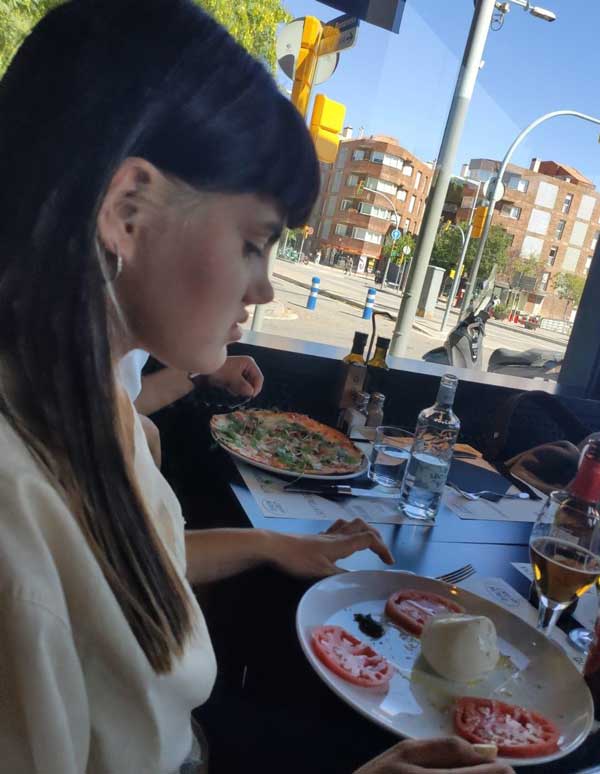 3 slices of tomato, a dash of olive oil, and a mozarella ball :D should have ordered the pizza in the back ground, has more salad on it.
Ensirius / Via reddit.com 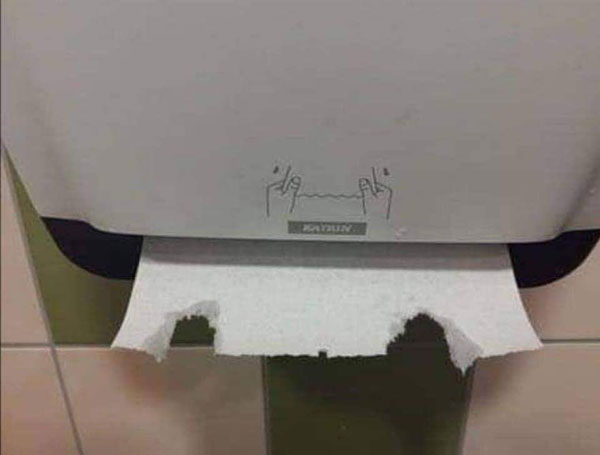 The trick is to dry your hands first, and then pull the paper towel.
zamnik_ / Via reddit.com

#5 This picture was taken the moment before I fell into the splits, thinking that I could ride these like rollerblades. 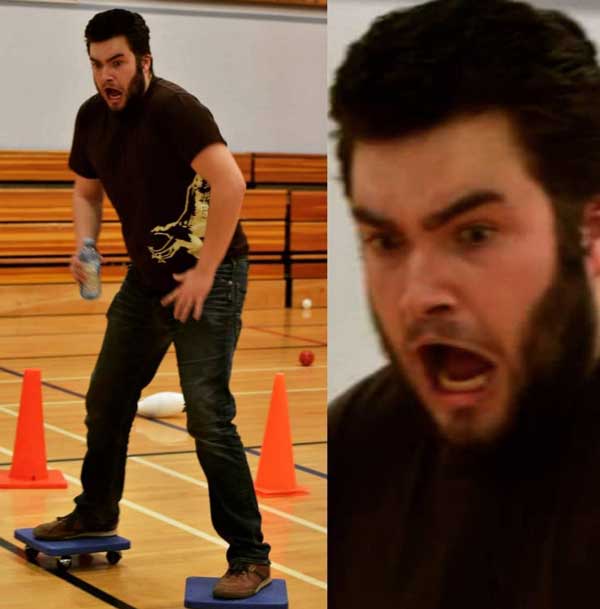 That face is the perfect instant regret face. The pain hasn't even begun yet, but the adventure has and you are not happy about it.
Macbeefy / Via reddit.com 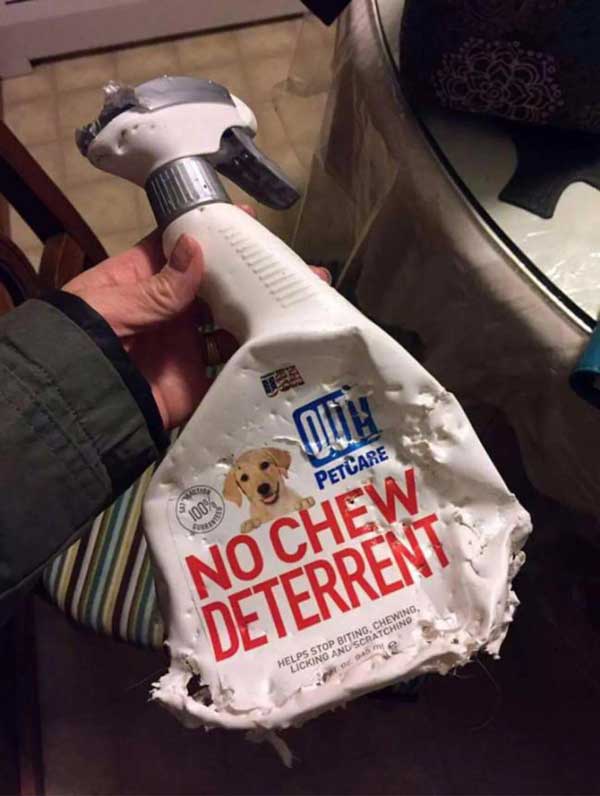 If you read the label the out come shouldn't have surprised you. It's a "no chew deterrent" or put another way it's encouraging them to chew (double negative).
daniel8462 / Via reddit.com

#7 There goes my meal for today and over half an hour of work. 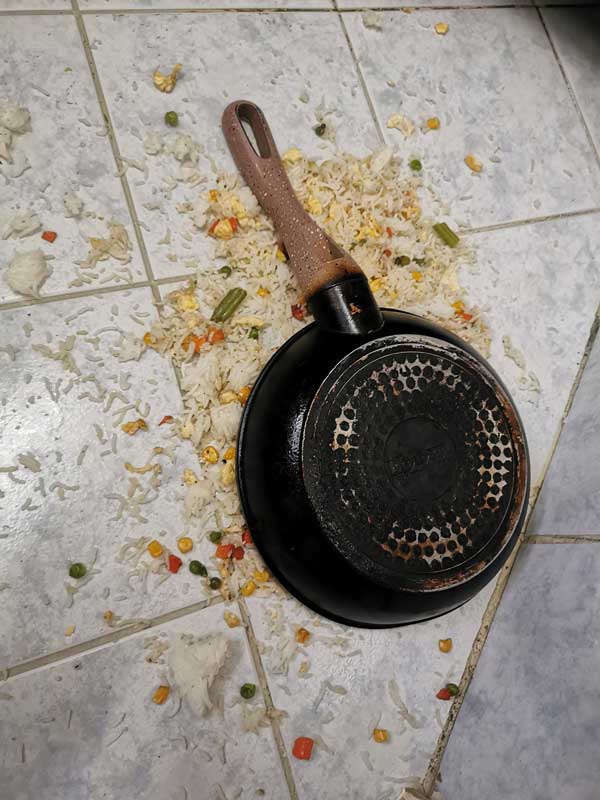 This happened cause you didn't use a WOK, Uncle Roger would be disappointed if he saw this.
XSG_LG-G6 / Via reddit.com 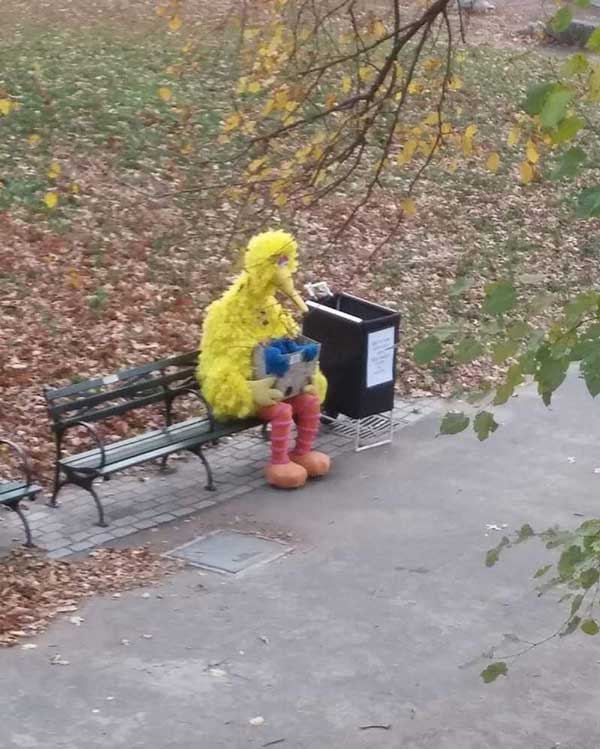 #9 Got hit in the face with a hat at six flags. 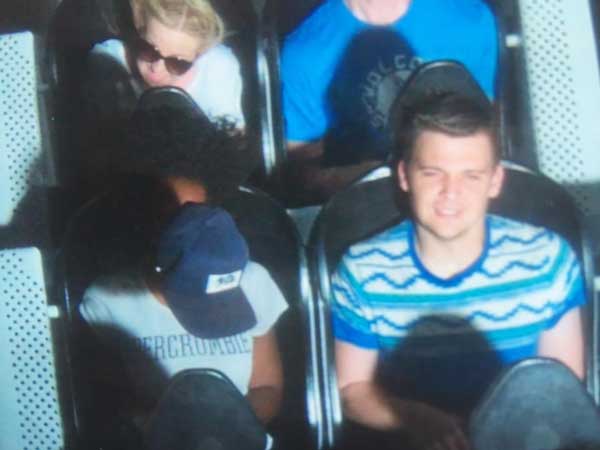 At least it was the softer side. Bill side would have hurt.
morisempaii / Via reddit.com 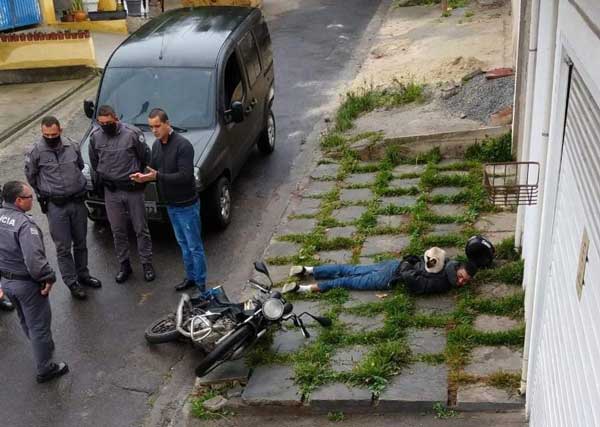 Little known fact: Siamese cats are extremely heavy, and can be used as door stops, paperweights, or to prevent prisoners from getting away.
5_Frog_Margin / Via reddit.com

#11 My wife's charger broke off inside the phone. 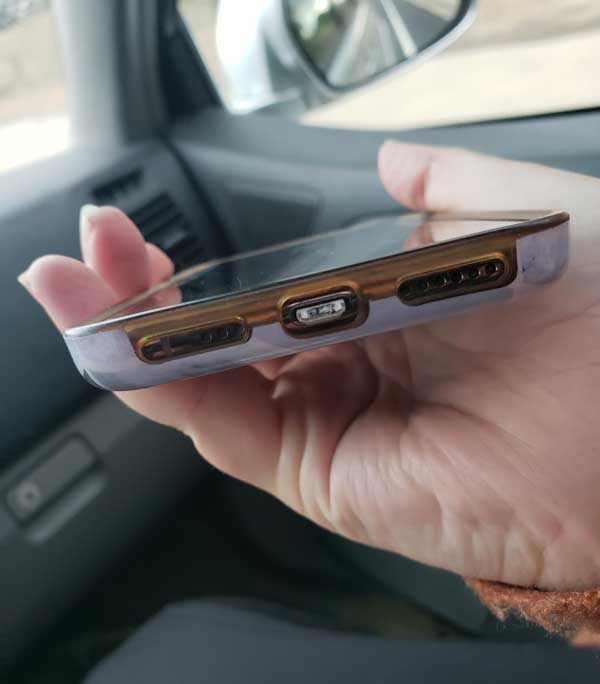 It'll always be charged now, I see no problem.
Notmybestusernam / Via reddit.com

#12 Cabinets collapsed in my kitchen. 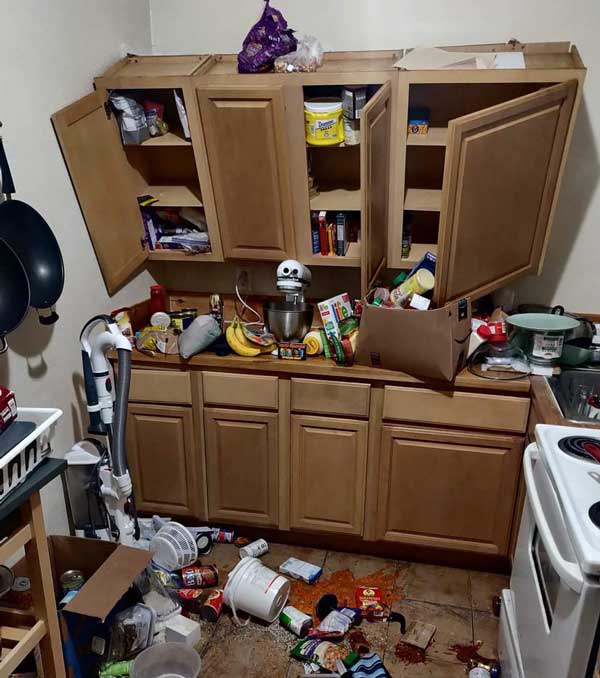 That kitchen aid mixer helpin out.
spinmaester / Via reddit.com

#13 I've been buying bay leaves when there's a bay tree outside my front door. I've lived here for over a year. 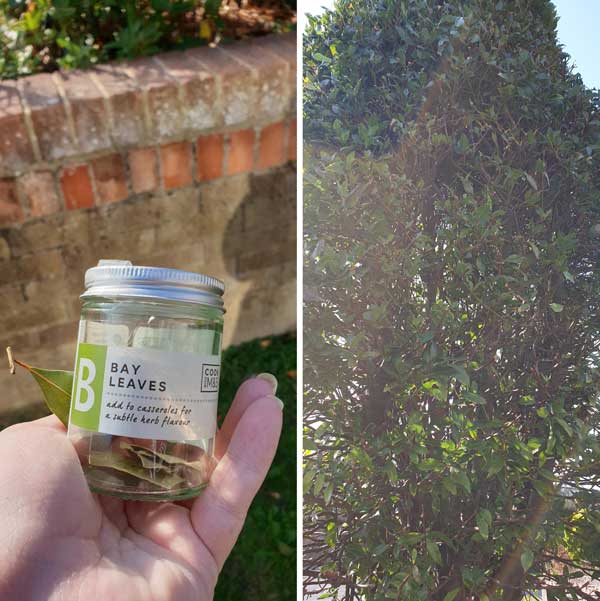 Make sure that you Pick and Dry them in a jar before cooking with them, won't harm you but they can be bitter otherwise.
Gustifer05 / Via reddit.com

#14 Dropped my full can of tuna in the drain. 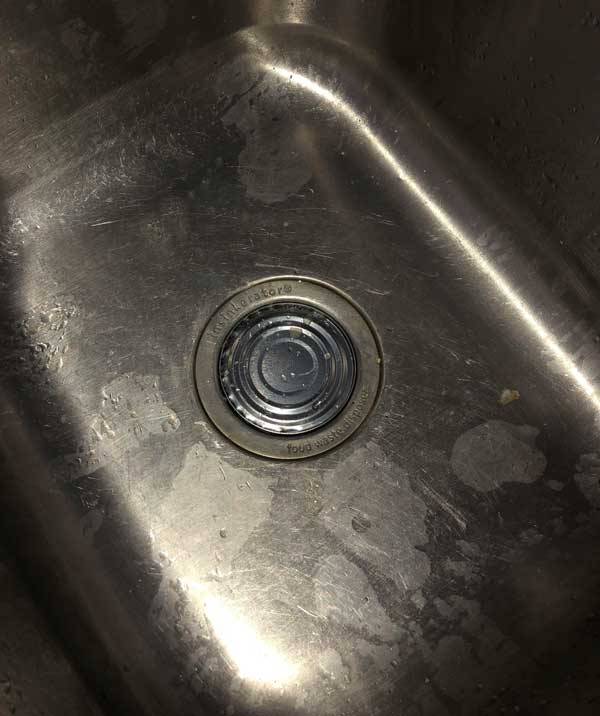 #15 I was going through the car wash when suddenly everything in the tunnel stopped. I looked over and... 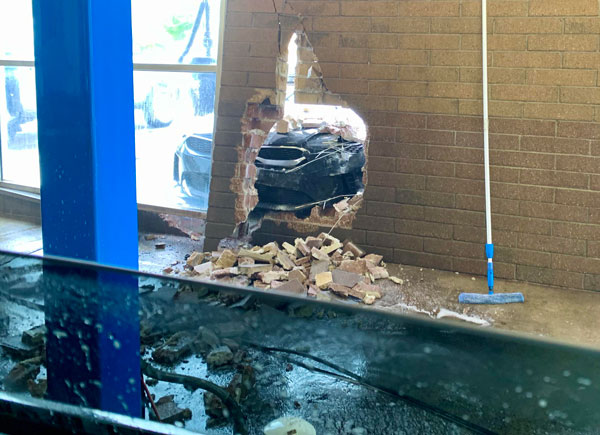 NO LINE CUTTING!!!
zelegp / Via reddit.com