#1 This hotel clock has displays on three sides. 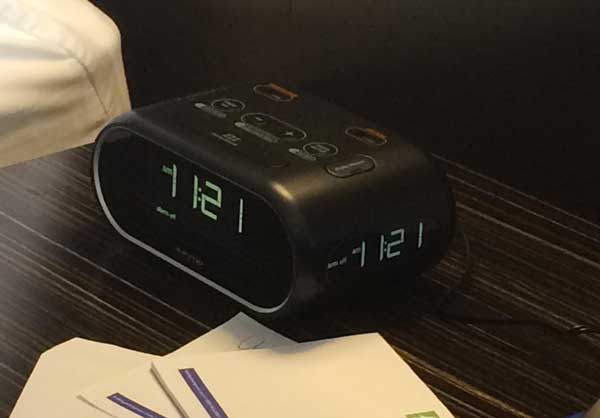 #2 My hotel in Odessa (Ukraine) tells you which day it is by changing the elevator carpet every day. 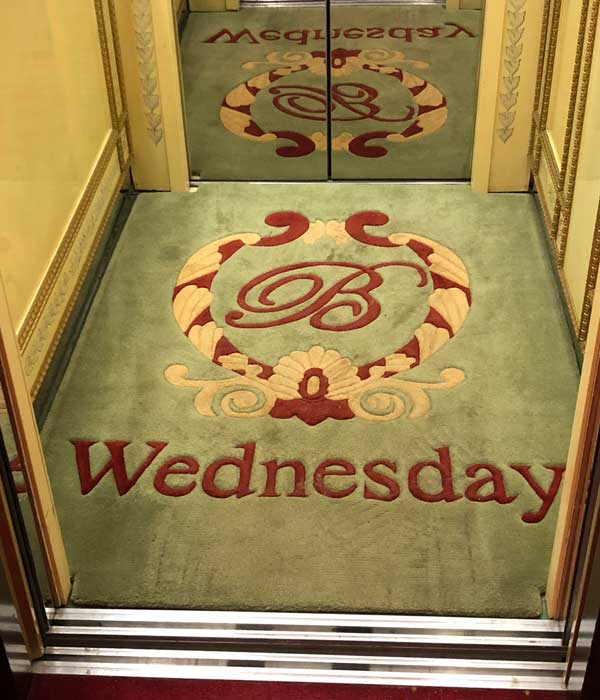 I want a carpet that tells me the time.
SpartanKing76 / Via reddit.com

#3 My hotel shower has a light to let you know if it's too hot/cold. 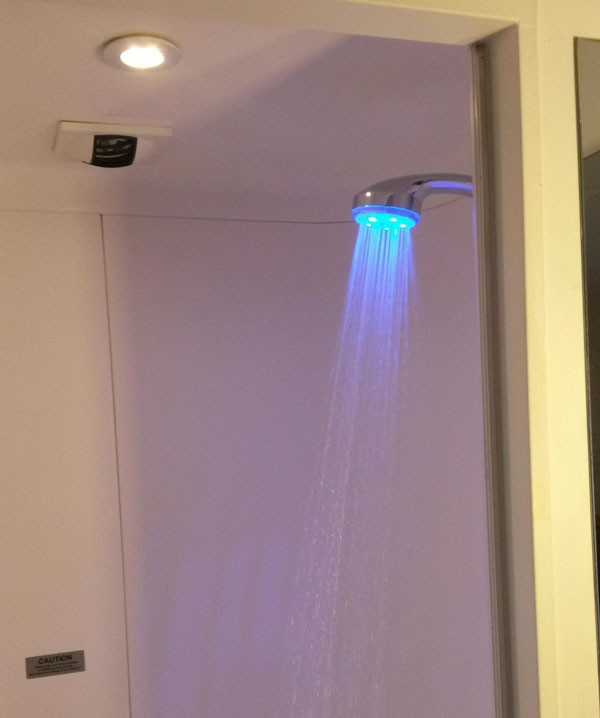 That seems like a solution in search of a problem.
jam11249 / Via reddit.com

#4 Umbrella rack has locks and keys to keep your umbrellas safe from thieves. 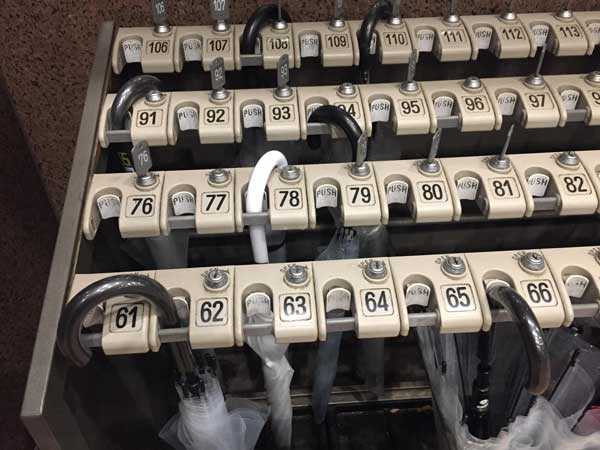 Did 94 put his/her umbrella in the wrong way? LOL
convivialcor / Via reddit.com

#5 This airport bathroom has lights to show you which stalls are free. 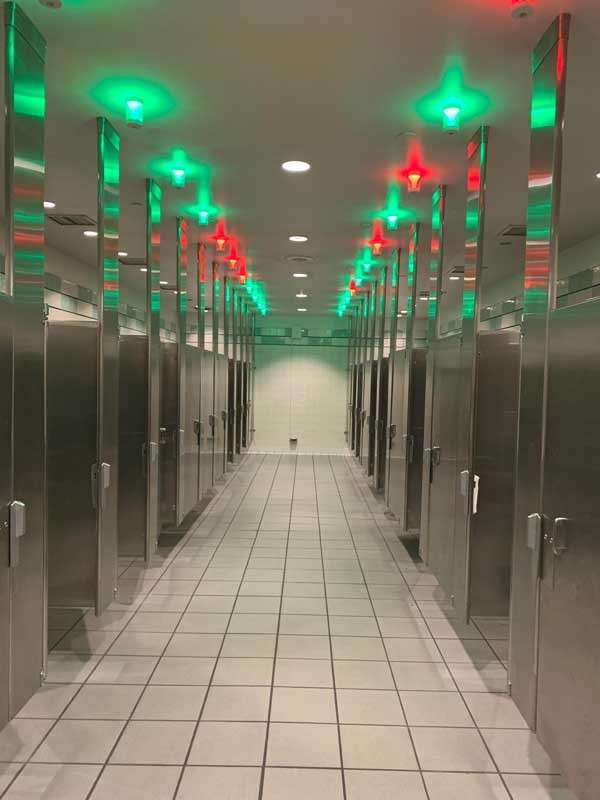 A solution to a non-existent problem. Bravo.
bellz2 / Via reddit.com

#6 My hotel in China has a card to give to a taxi driver so you can find your way back. 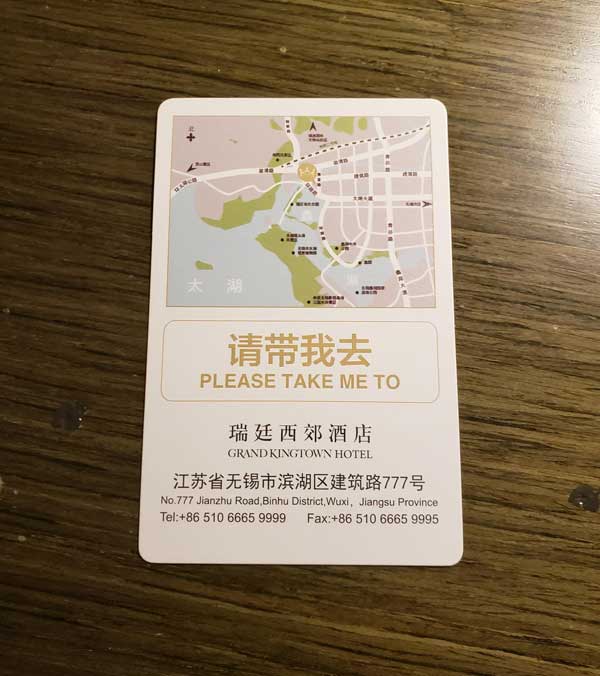 #7 This elevator at my university has feet buttons. 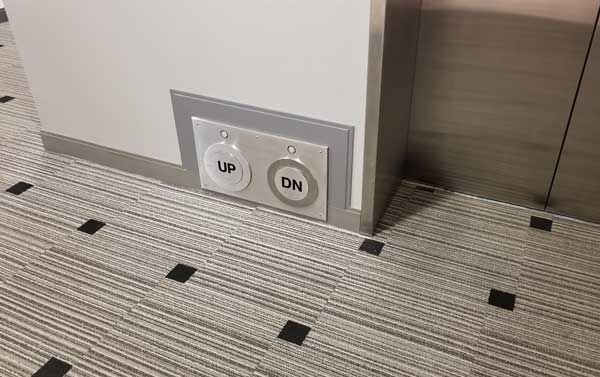 Good for when you’re carrying things but also good for flu season.
Chrnan6710 / Via reddit.com

#8 These chairs in a ski resort restaurant have room for your gloves, helmet, hat etc. 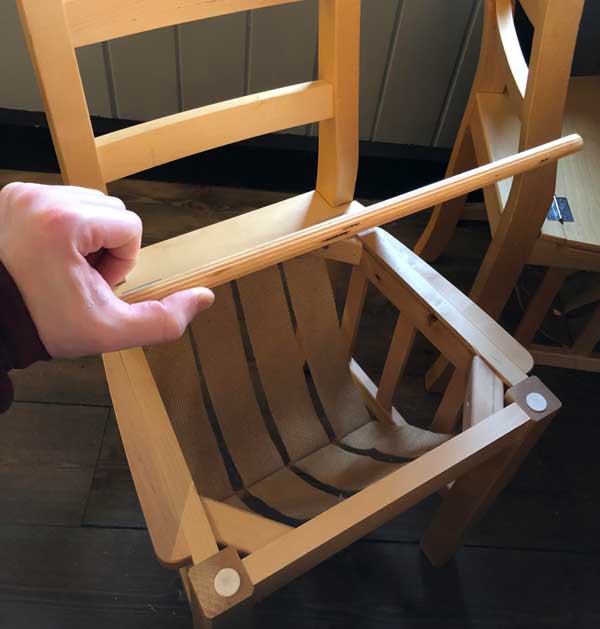 I think these chairs are great.
kazarnowicz / Via reddit.com

#9 My work continues the paint lines up the wall to help people park. 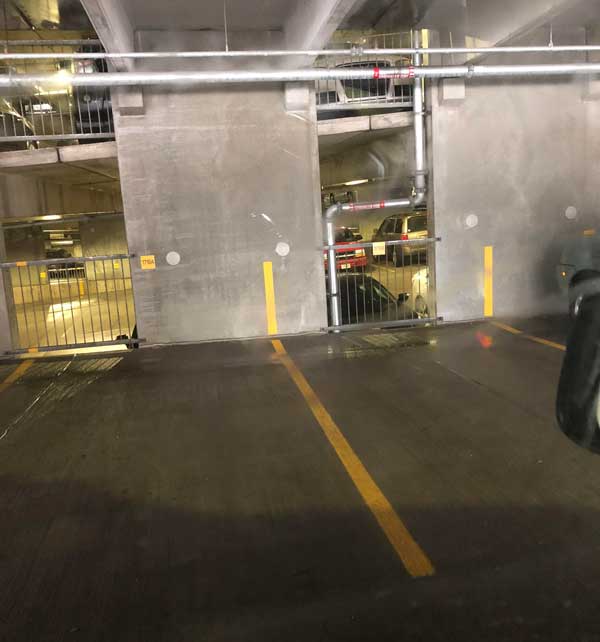 So simple, so effective.
Cindypi13 / Via reddit.com

#10 The shower in my hotel has a little cutout so you can turn it on before getting in. 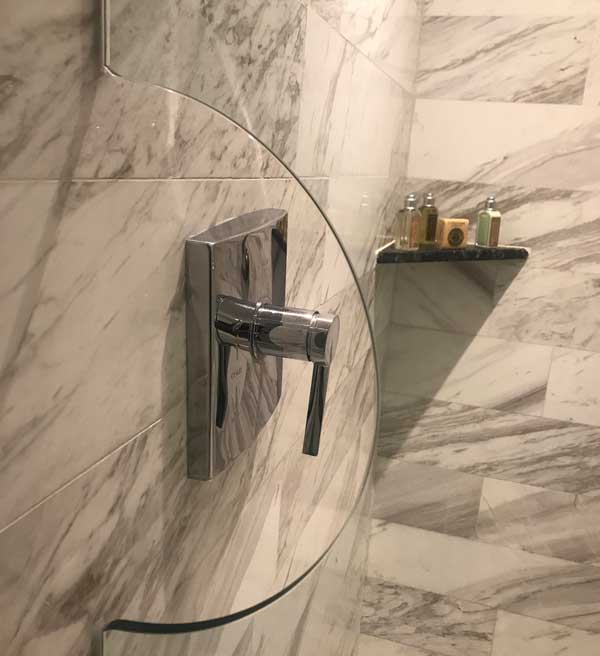 It could also be a hole for someone to hand you a second shower beer.
IBeBobbyBoulders / Via reddit.com

#11 The toilet at our new house has a built in smaller kids seat. 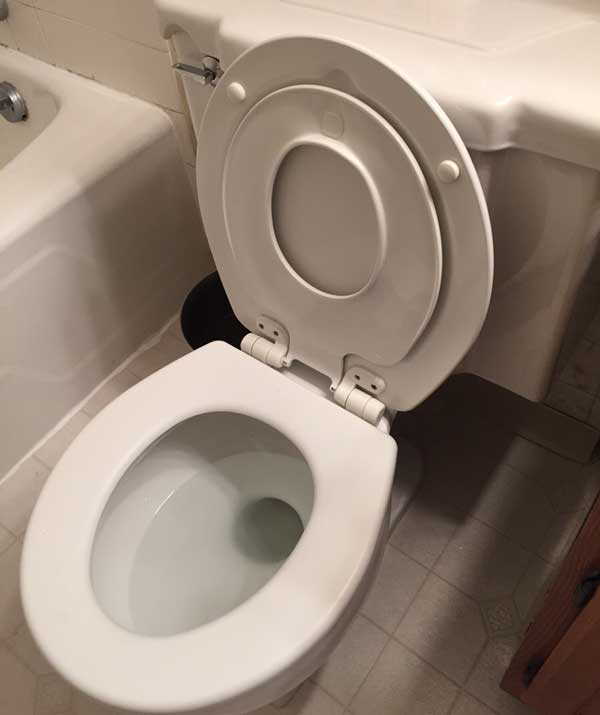 #12 This pizza box in Japan that has a handle in the middle to keep the pizza flat. 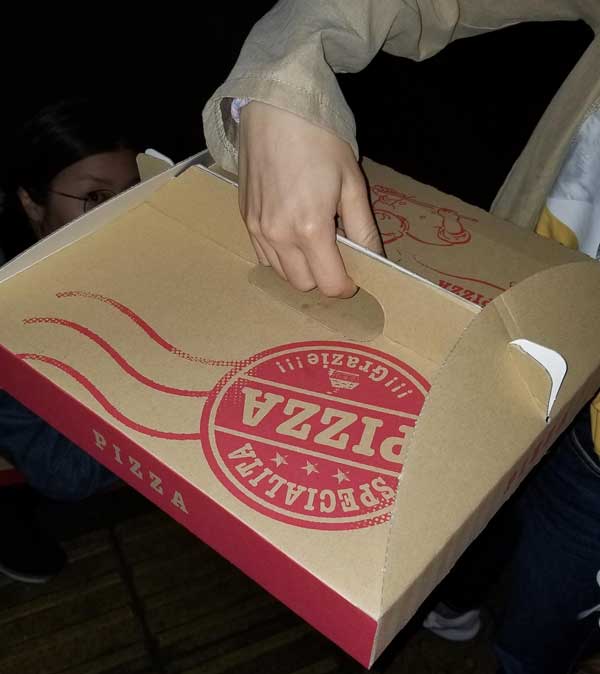 It's more about ease of carrying than it is keeping it flat.
SaekoZ2 / Via reddit.com

#13 This pill bottle lid tells you when you last opened it. 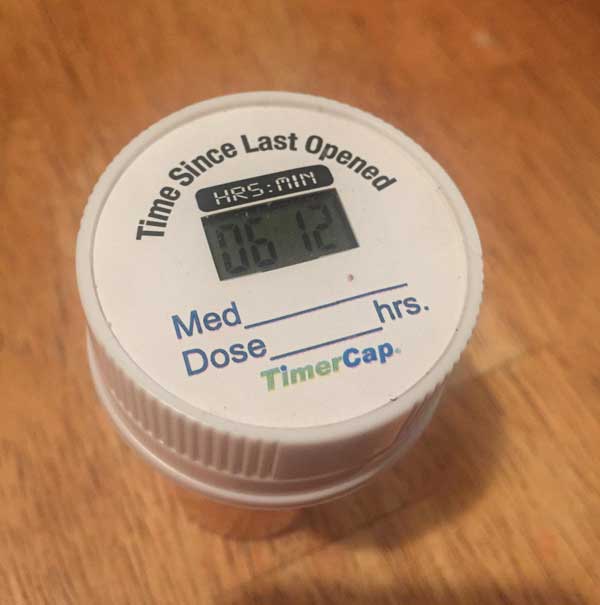 Perfect for when the grandkids visit.
CptnBo / Via reddit.com

#14 This hotels mirror tells the weather. 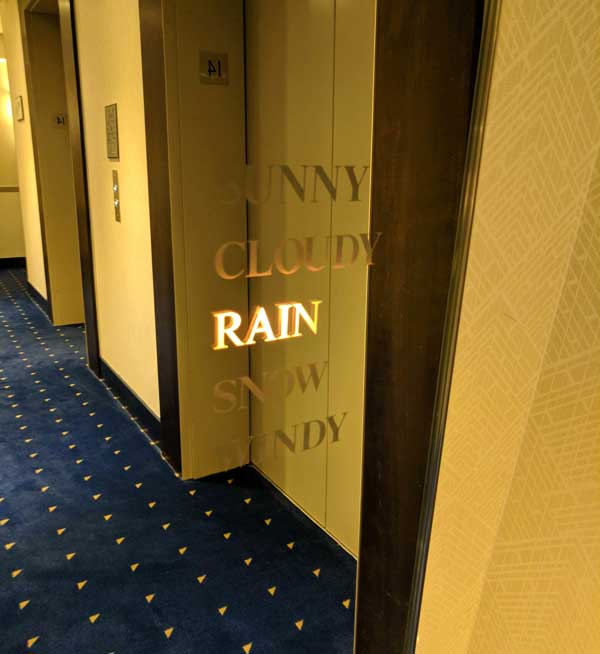 Or you could just look out the window.
mynamesafad / Via reddit.com

#15 The sewing kit at my hotel came with the needles pre-threaded. 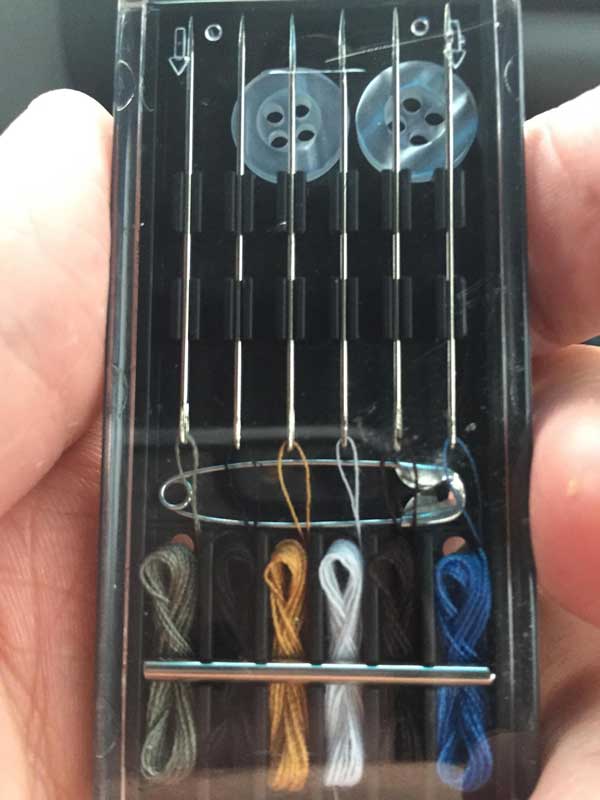 #16 My roommates spatula has a stand so the bit that touches your food doesn't touch the counter. 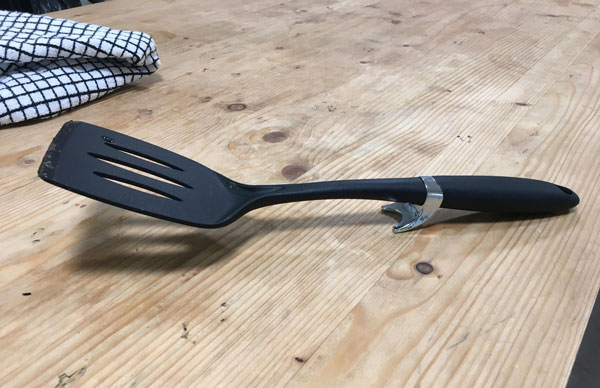 I need this.
Alentheflannel / Via reddit.com