#1 My cooking class has a mirror on the ceiling so we can see what the teacher is doing. 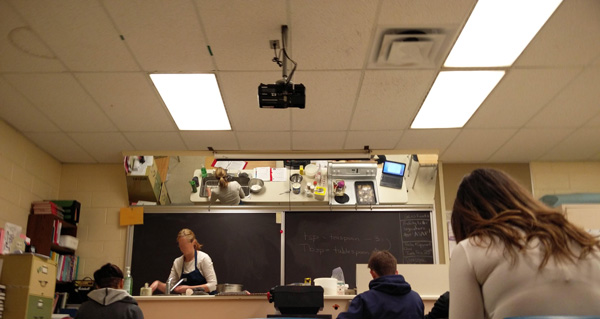 #2 Mr. Johnston for making pb&j for his kiddos who didn't eat breakfast before our AP test this morning :’) 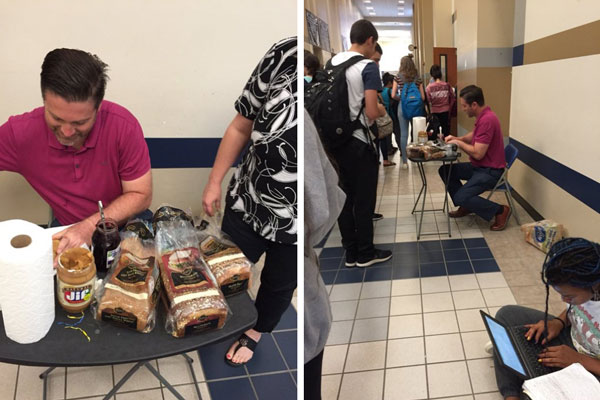 #3 I found this in my school computer room. 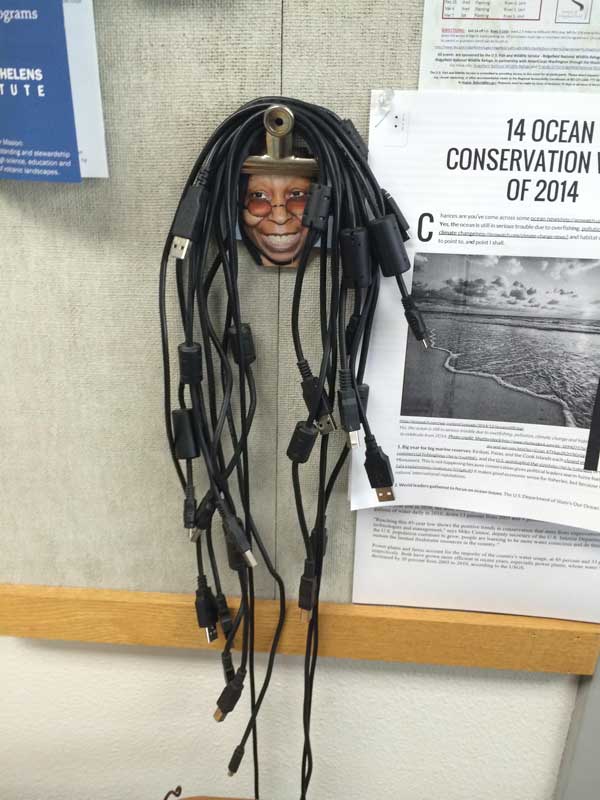 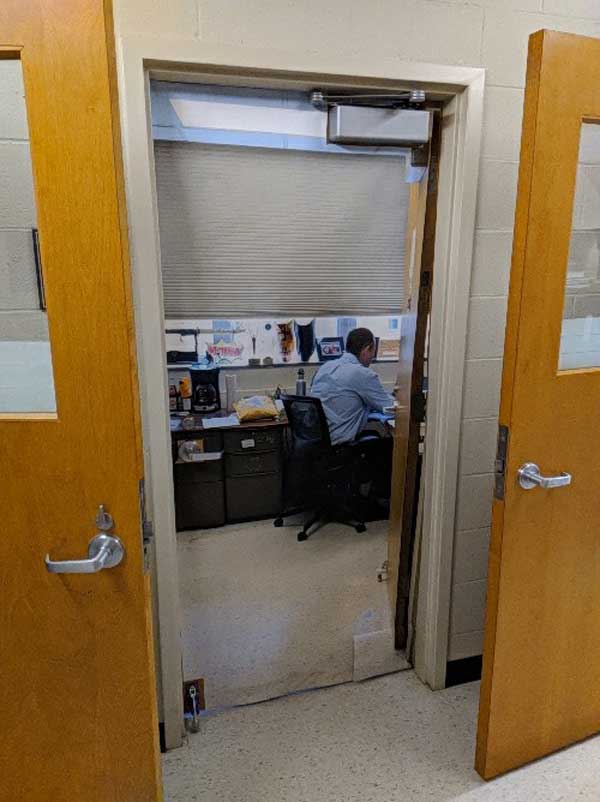 I searched for the door handle for too long. I wonder how many people run into the door.
CantFindBacon / Via reddit.com

#5 when your students are genuinely interested in psychology and are very excited for you to teach them. 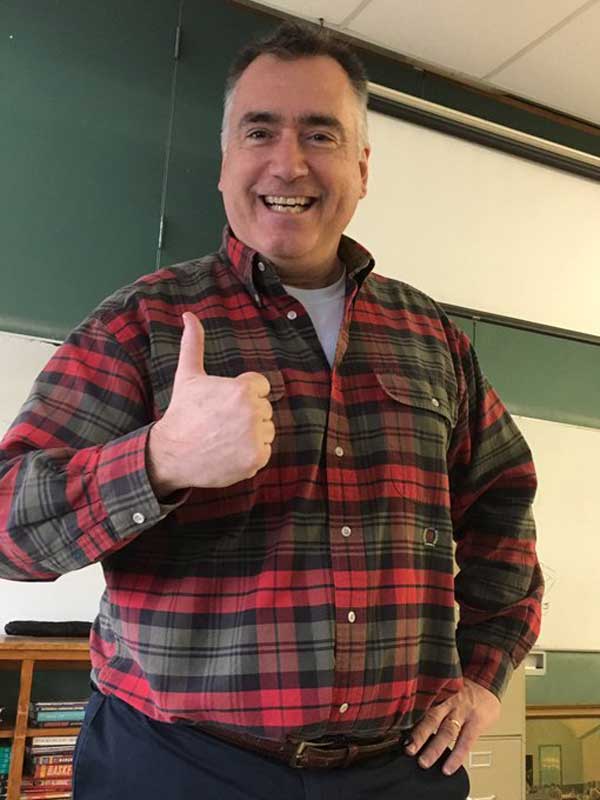 #6 My teacher nailed his student's phone to the wall for using it in class 20 years ago. Its still there til this day. 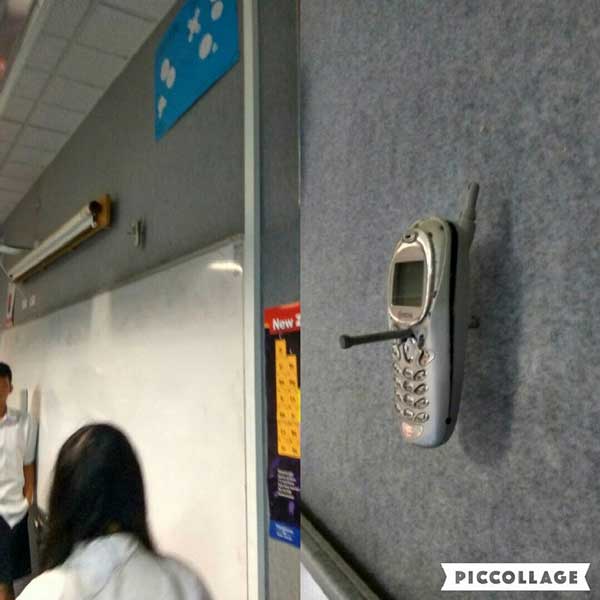 #7 Thanos eats a bowl of spaghetti for the first 20 minutes of the movie without any music or whatever. 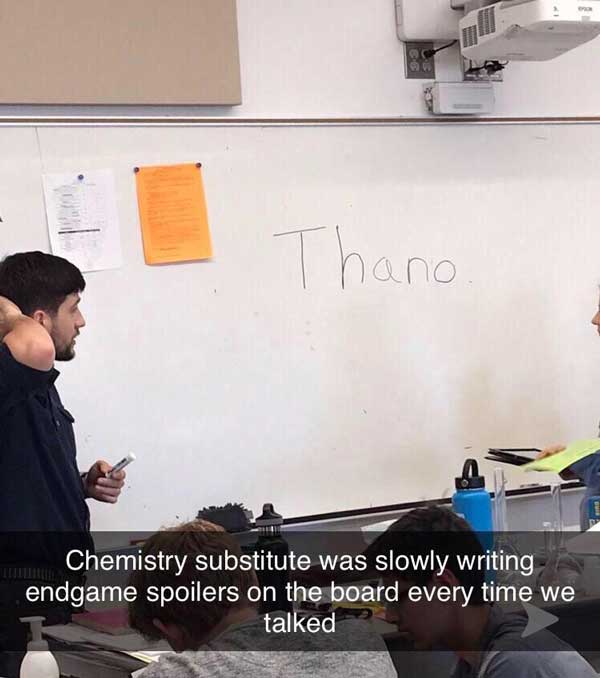 #8 our biology teacher brought a skeleton to class yesterday, and now everyone is treating it as if it's a part if our class. 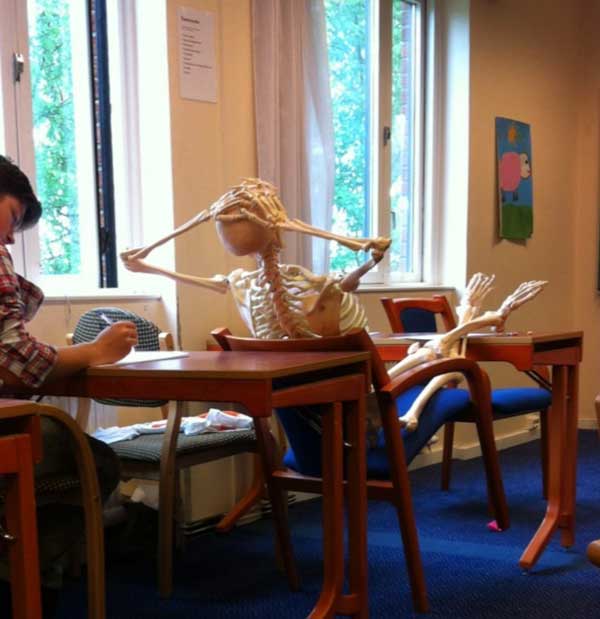 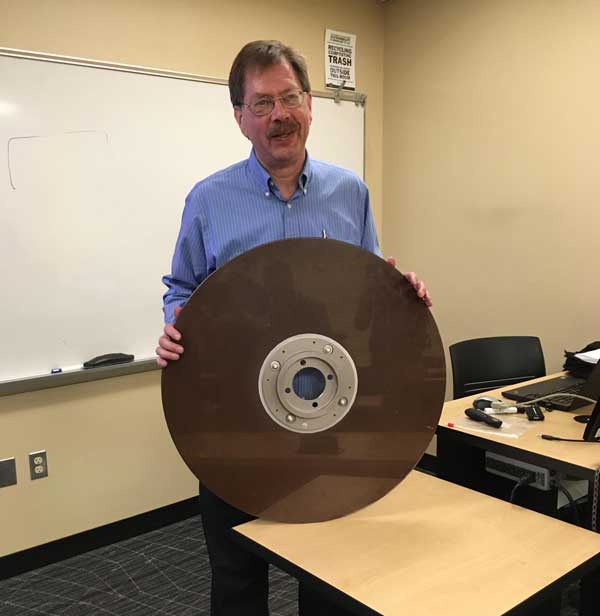 That's probably just a single platter from the multi platter stack that is in a hard drive. Even that long ago.
sixfivezerotwo / Via reddit.com

#10 My professor doesn't believe in laser pointers, so he uses a fishing pole with a foam finger attached to it, and I can't concentrate on the lecture because of this. 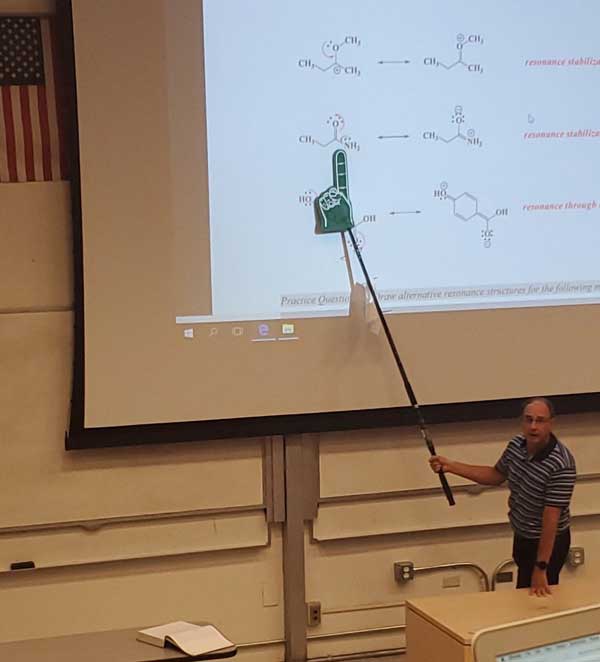 #11 When your professor is feeling savage. 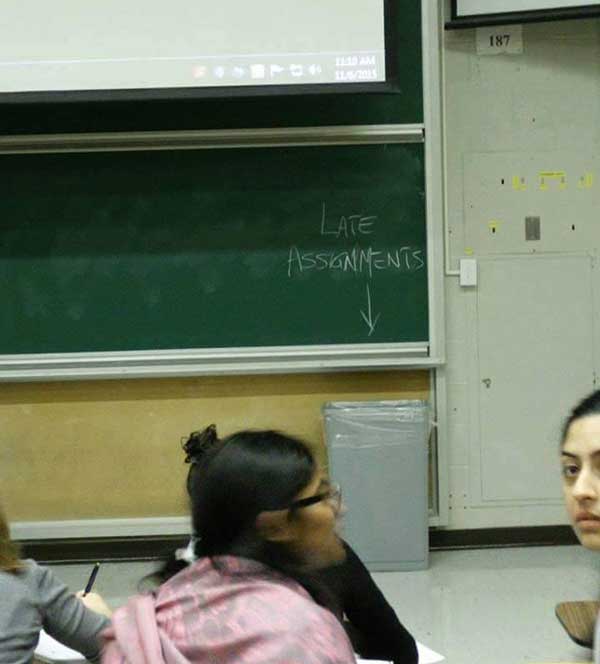 #12 This was on my lovely English teacher's board when I walked into class today. 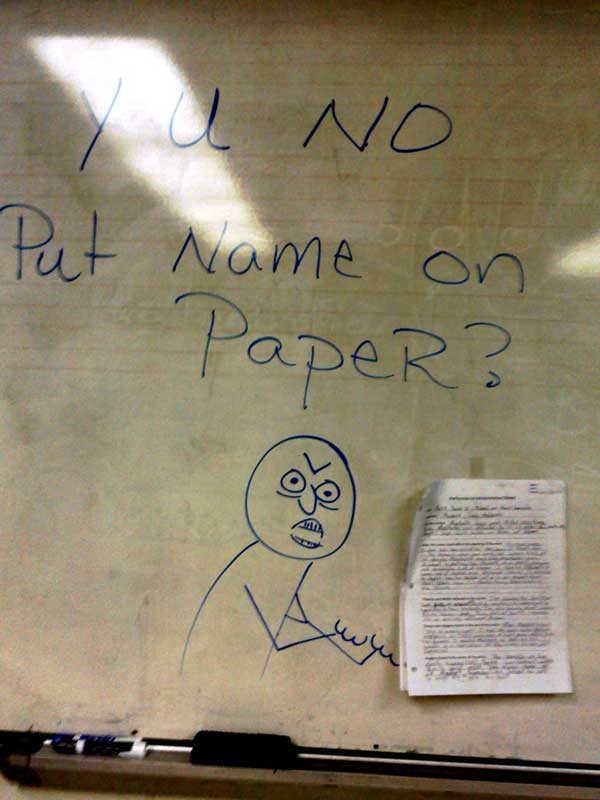 “Why didn’t you put your name on the paper?”
weirdlyghostly / Via tumblr.com

#13 This dude just rolled into our math class and left. 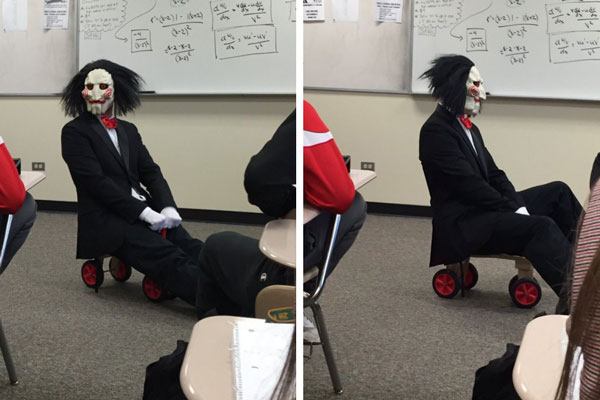 #14 The teacher stance, always seems to happen in front of me. 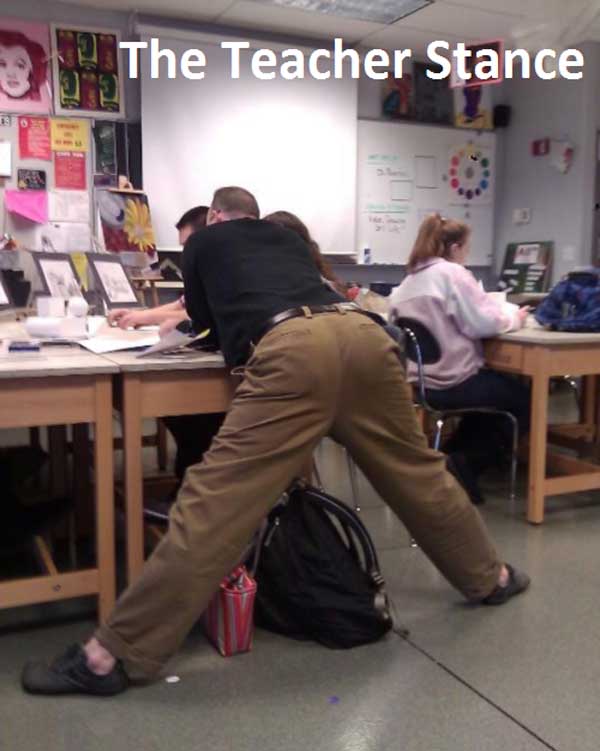 #15 My biology professor was wearing an awesome tie yesterday. 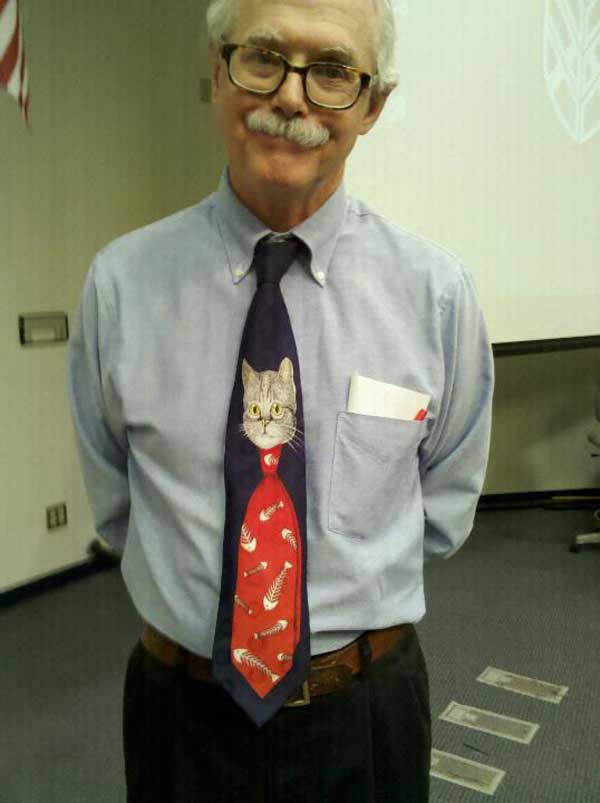 He is adorable.
Hindu_Wardrobe / Via reddit.com

#16 How my university is helping us get over exam stress. 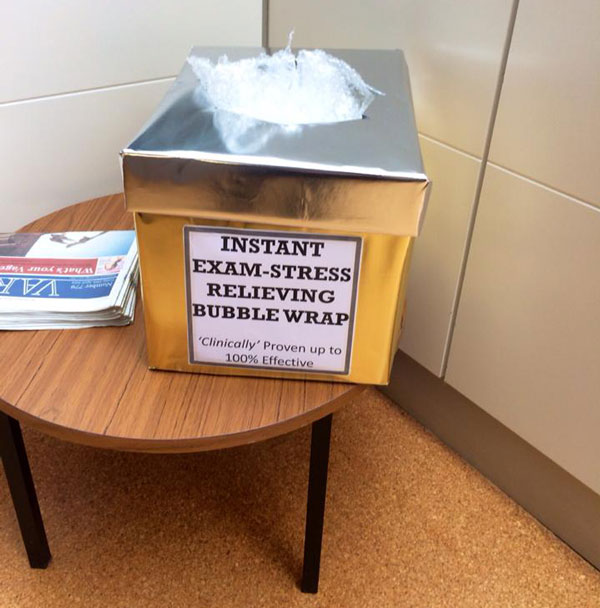 20 Questions College Students Should Be Able To Answer