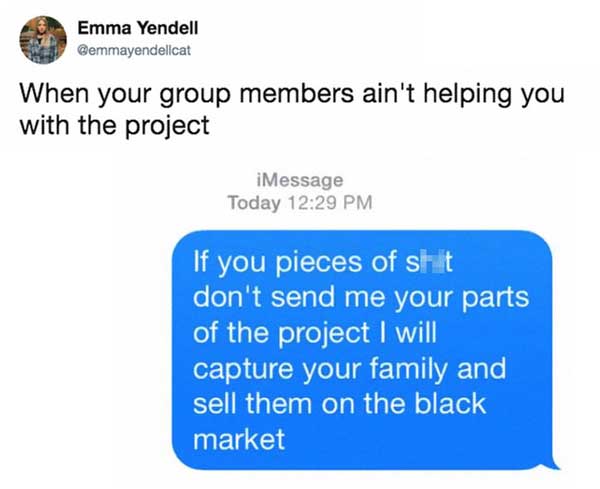 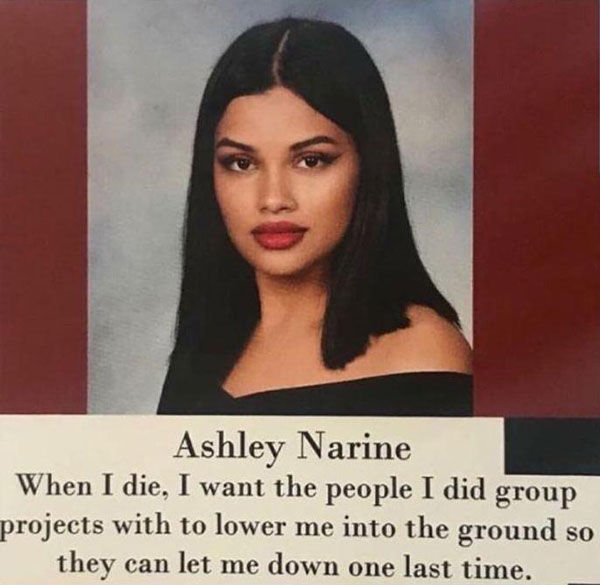 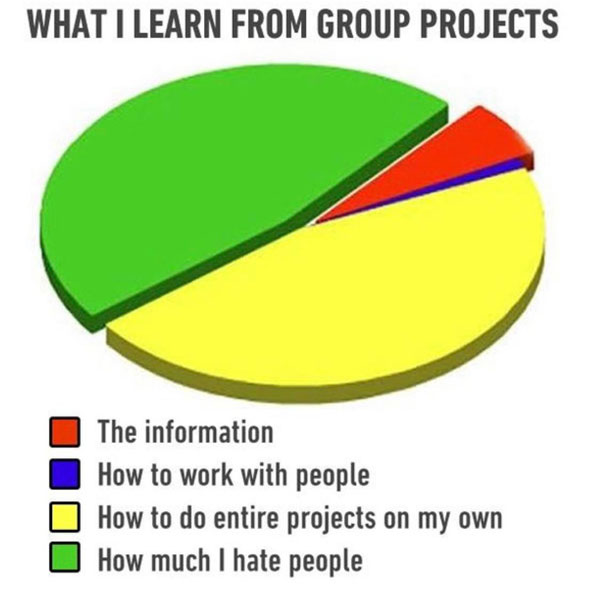 I had 3 simultaneous group projects last semester and this sums up how I feel about it perfectly.
theal_mighty_spek / Via reddit.com 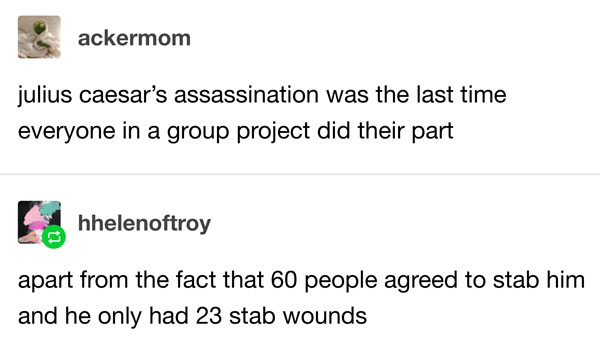 Some people were being bossy and didn't listen to other people.
hhelenoftroy / Via tumblr.com 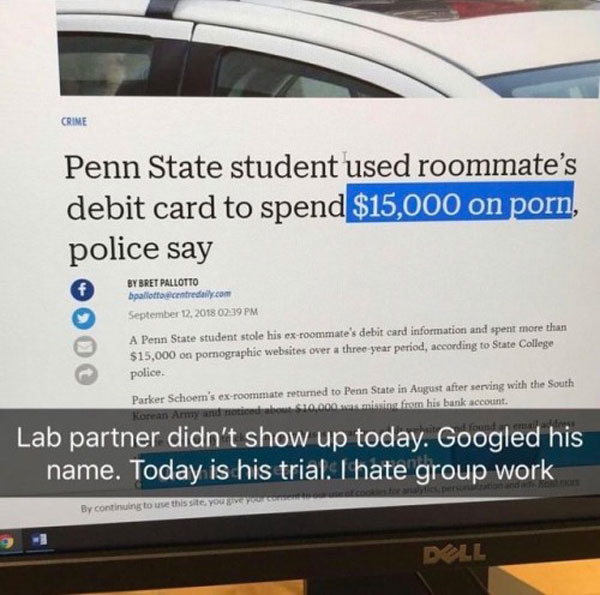 He was researching group work.
missjardinera / Via reddit.com

Time to talk to the professor? Maybe 2 weeks ago??
virtuallyluci / Via twitter.com 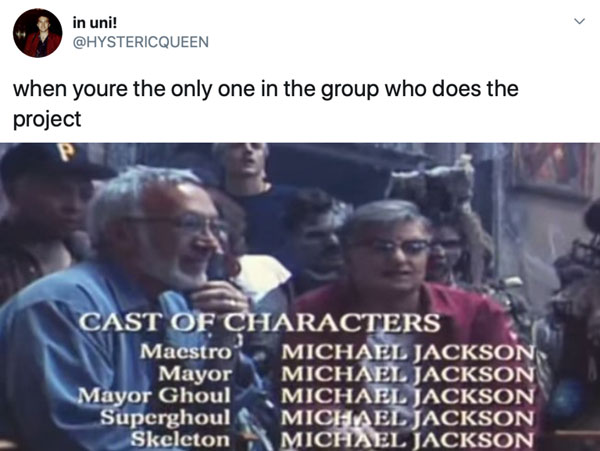 Honestly, being terrible at group projects seems to be a culturally specific thing.
therealmelhem / Via twitter.com 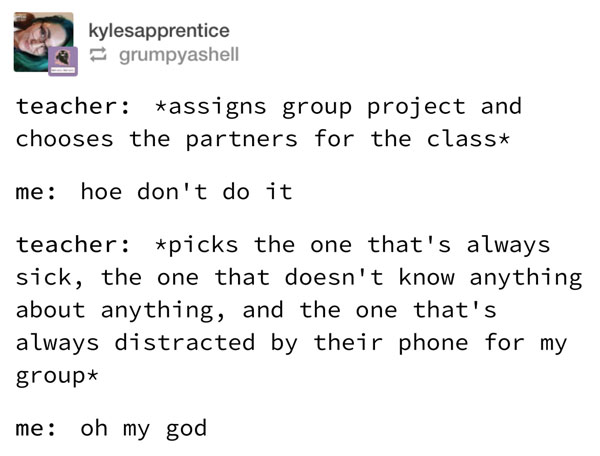 We were never assigned partners. We picked them ourselves.
kylesapprentice / Via tumblr.com 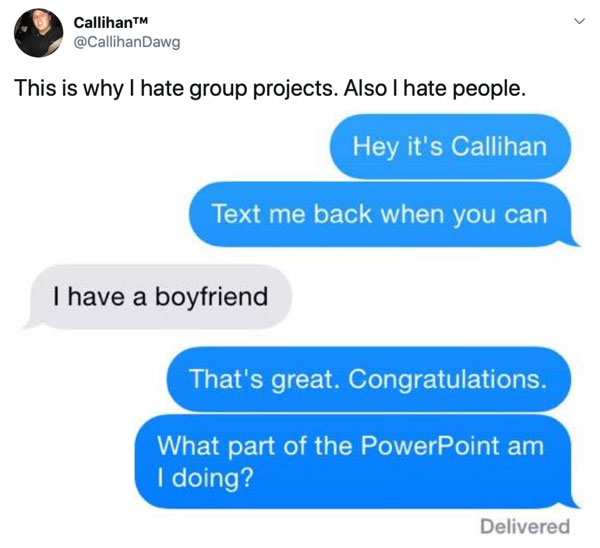 "First of all I just want you to know I have o boyfriend. Remember I have a boyfriend. It's important having boyfriend."
CallihanDawg / Via twitter.com 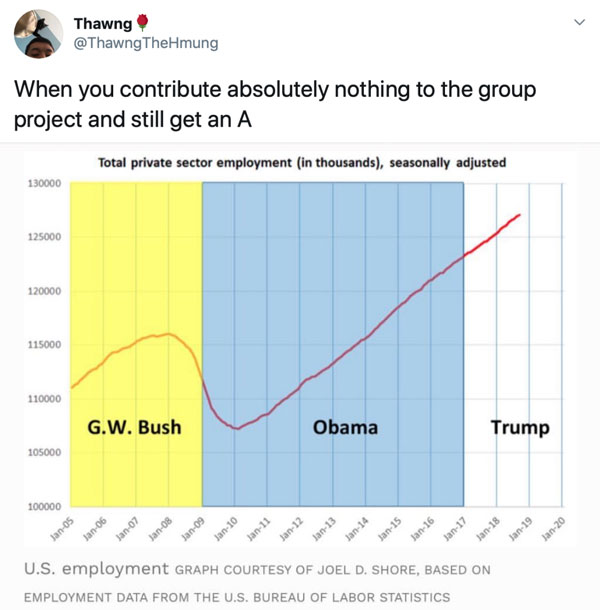 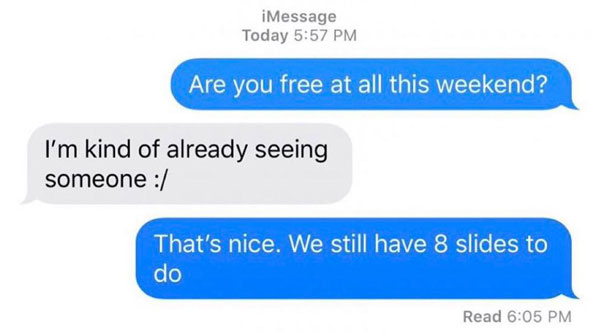 Lmao what was the response?
Kakapoopoopeepeeshir / Via reddit.com

Reading the first few words, I thought she was going to say "... because I know nothing." I guess that would apply to the rest of the group.
cocktailmother / Via twitter.com 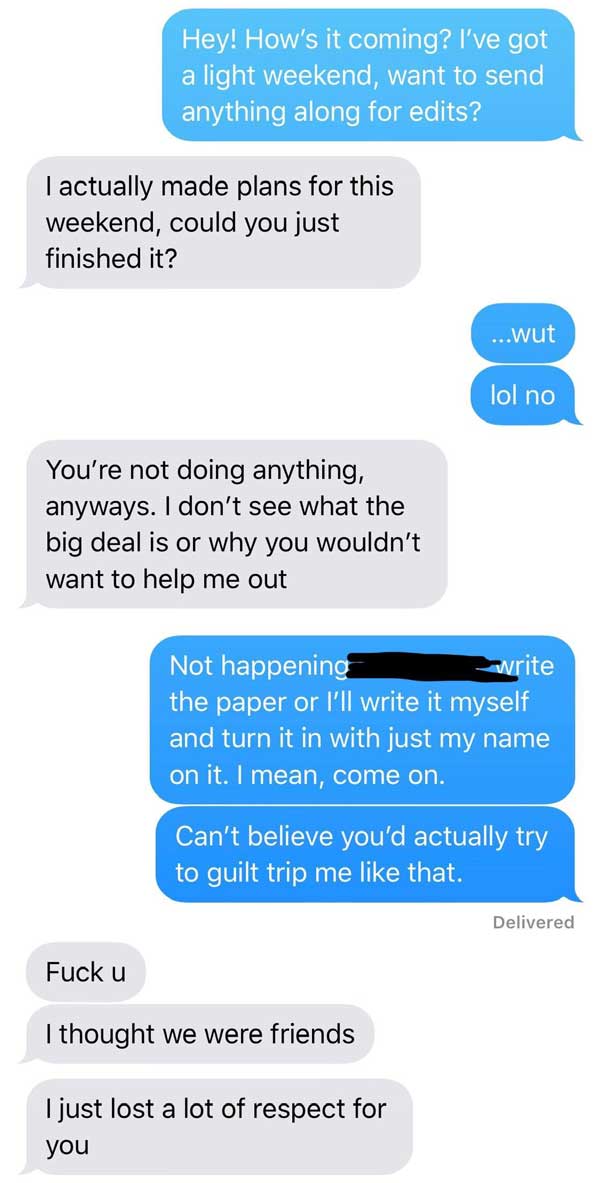 You went out of your way to write a really sincere message offering help and she eventually responds with "I lost a lot of respect for you". It's like she's trying to be as useless as possible.
tamiraisredditing / Via reddit.com 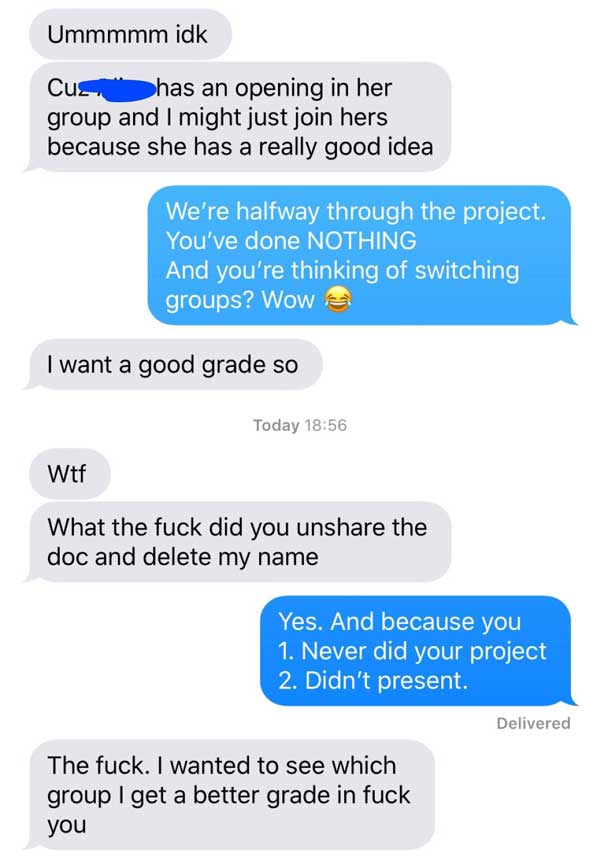