Recently, writer Aidan Moher asked people to tell him a story about themselves that sounds like a lie, but is actually true.

Tell me a story about yourself the sounds like a lie but is absolutely true.

The responses, as you might expect, are unbelievable. And while we can't exactly verify their tales, here are some of the best ones.

#1
In college a friend found an ID of a dude over 21 who looked just like me. I used it like a charm for months. Then I went to a club and a bouncer starting asking me what’s my address and birthday and sh*t. I finally said “dude it’s me” and he replied “no dude, it’s ME”. It was.
SweepTheLeg337 / Via twitter.com

#2
In college I fell out of my bunk bed and broke both of my legs and one arm. Years later on a date, I made a joke about being clumsy and the dude told me I couldn’t compare to this woman his EMT brother helped once ... who fell out of her bunk and broke all the bones. It was me.
amandanelledgar / Via twitter.com

#3
A few months after my son was born, my now-ex-wife wanted to have some professional photos taken, but we were kinda broke. We appealed to reddit and a very kind couple took pity on us and gifted us a very nice session. One of the photos ended up being the Skeptical Baby meme.
Hossmania82 / Via twitter.com

#4
My middle name is literally a fu*king typo. My mom had a c section and forgot to write the rest of Nicole due to the drugs, she fell asleep and they took the paperwork, wouldn’t give it back and now my middle name is Ni
lindsey_ni / Via twitter.com

#5
I moved into the same San Francisco house high on Castro hill where my parents dated and fell in love... completely by coincidence.
gdtrble / Via twitter.com

#6
Moved into what we believed was a three bedroom apartment. Discovered a fourth, hidden bedroom—still furnished and filled with the clothes, records, and diaries of a hip art student who had lived there 15 years ago.
vishnevetsky / Via twitter.com

#7
My grandfather died the same minute I was born on a different ward in the same hospital. The time on my birth cert matches his death cert.
Phelpsy78 / Via twitter.com

#8
When Taylor Swift was like 12, her father asked me to build her a website (our fathers were friends and I had learned web design). I blew him off because I was busy and while talented for her age, this Taylor girl wasn't going anywhere...
lambgoat / Via twitter.com

#9
Once accidentally kidnapped a drunk man who was trying to get into his own home. Saw him slumped by the road, coaxed him into the cab to ‘take him home safely’ and ignored his slurry protests. Some 30 mins of confusing directions later and we... end up at exactly the same place.
saramayspary / Via twitter.com

#10
My girlfriend years ago wrote a quick thank you in a $10 bill for tip and months later that same bill ended up in my hands as change. I still have that bill because of the coincidence.
lookmahvelous2 / Via twitter.com

#11
I was riding bikes with my daughter on Fri The 13th, & a black cat scurried across the bike path in front of us. My daughter said something about bad luck, and I began to tell her that it was only superstition when a bee flew into my mouth and stung me on the back of my throat.
freeloosedirt / Via twitter.com

#12
I saw my neighbor lady who had recently been hospitalized walking in her backyard and told her I was glad she was home and feeling better. She smiled at me. When I went inside and told my mom that the lady was home, Mom told me that she’d died at the hospital that morning.
laurakayeauthor / Via twitter.com

#13
I once said “Hi Matt” to Matt LeBlanc in London and he responded by hugging me and saying “Thank you for not calling me Joey”.
ApRhydderch / Via twitter.com

#14
I met Marlon Brando through an AOL chat room in the early 90s, we became friends, & a few years later, at 3am one nite, in his "Godfather" voice, he called the thief who stole my 1960 pink Rambler to tell him he'd better keep paying me the monthly court-ordered restitution money.
amyalkon / Via twitter.com

#15
I shut my nose in the fridge door.
Twice.
damonayoung / Via twitter.com

#16
Boyfriend didn’t want to come to my wine tasting because he wasn’t into wine. I fell in love with another man at party, dumped beau, married, moved. Recently moved back to hometown where I discover I live 5-minutes from a wine store. Ex-boyfriends wine store. He's into wine now!
procrastnwriter / Via twitter.com 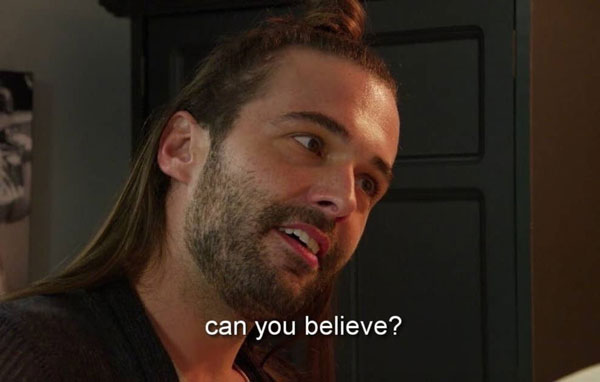 16 People Shared Hilarious Stories Of Why They Got Fired

19 Real Glitches In The Matrix That Will Freak You Out