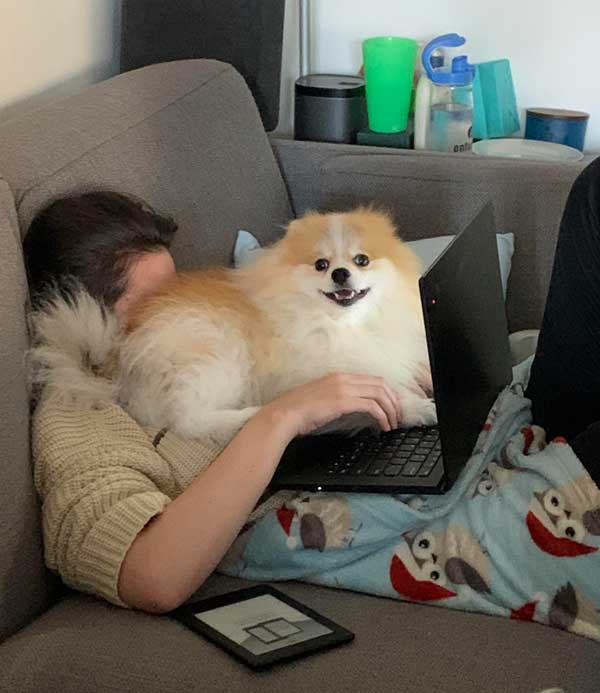 That pup looks so proud of himself!
doggydoggywatnow / Via reddit.com

#2 Meet jerry. I may never have indoor plants again. 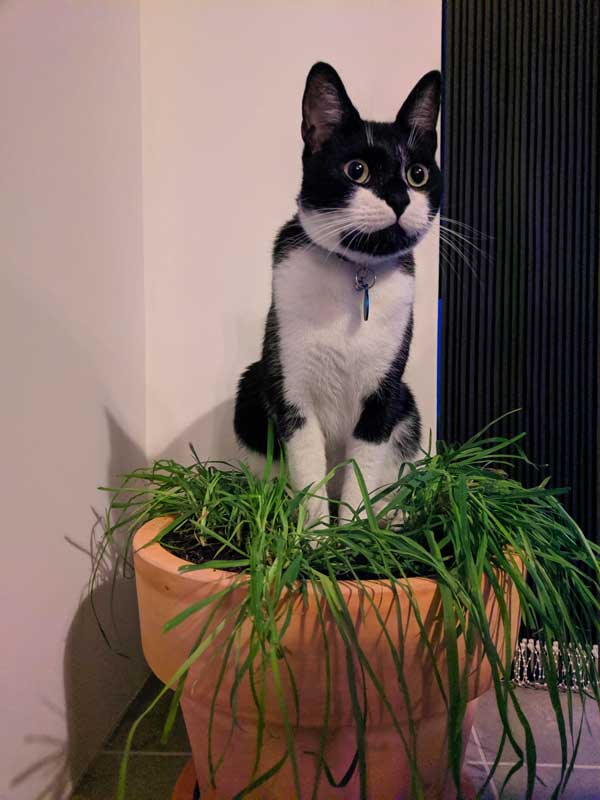 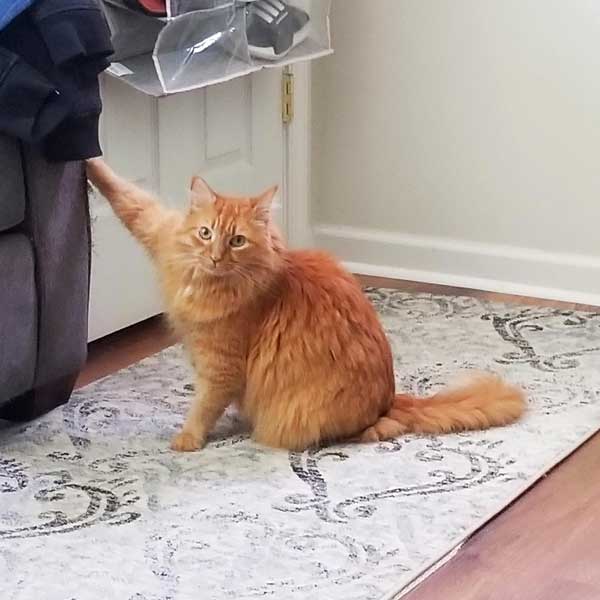 #4 One year later, this is still her favourite spot to hide. 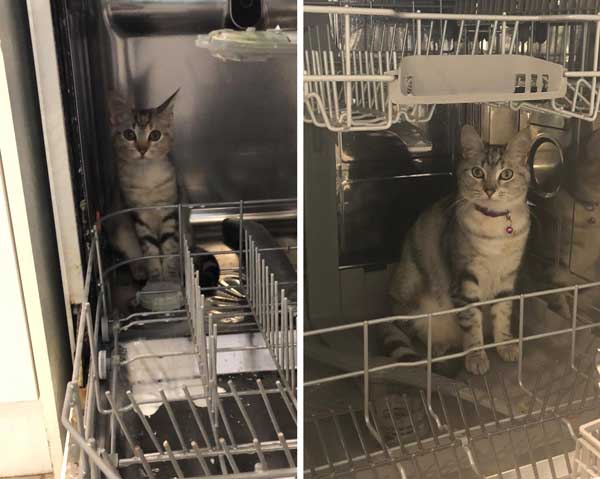 I would be so paranoid every time I close the dishwasher.
Blueskittle101 / Via reddit.com

#5 Two months ago we started fostering a dog named Frank... At least we thought he was a dog. 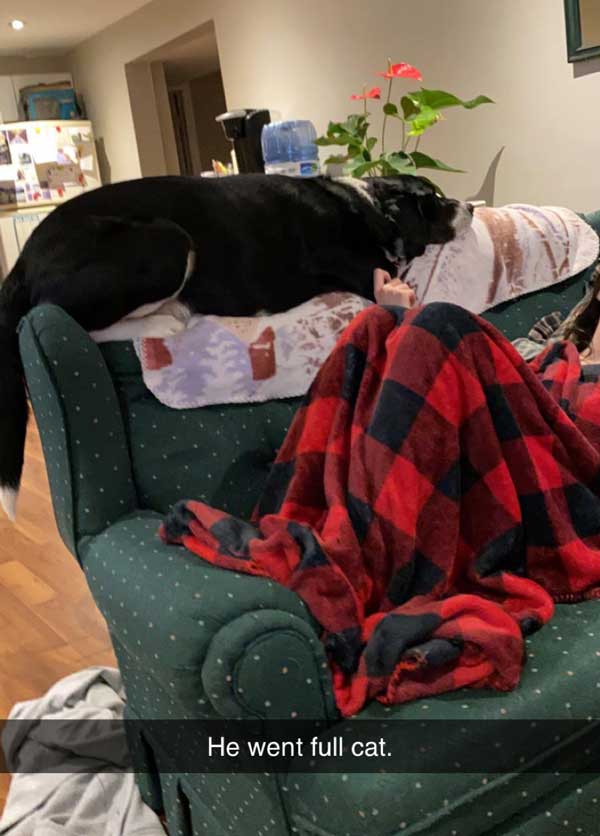 He's an absolute unit of a cat.
Fridayrotis / Via reddit.com

#6 Found him laying in the bowl of grapes. He smushed them all. He is proud of himself. 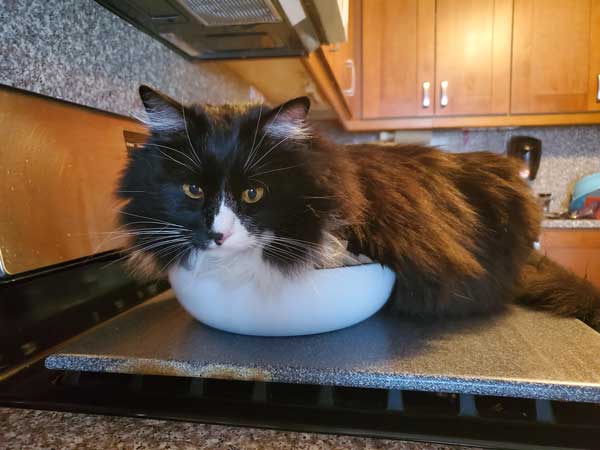 #7 Two successful heists in one day. Got caught eating out of my bowl. Pasta sauce on her nose. In her head she's saying “today was a good day”. 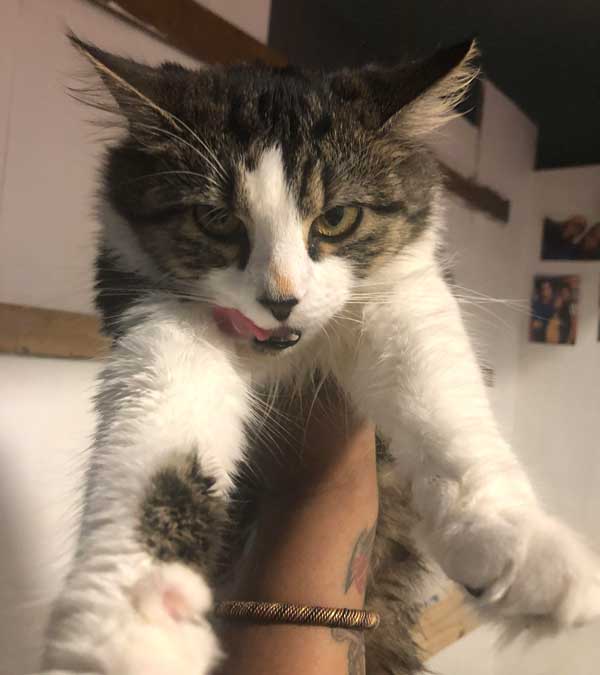 That is a face of no regrets.
balmypalmtree / Via reddit.com 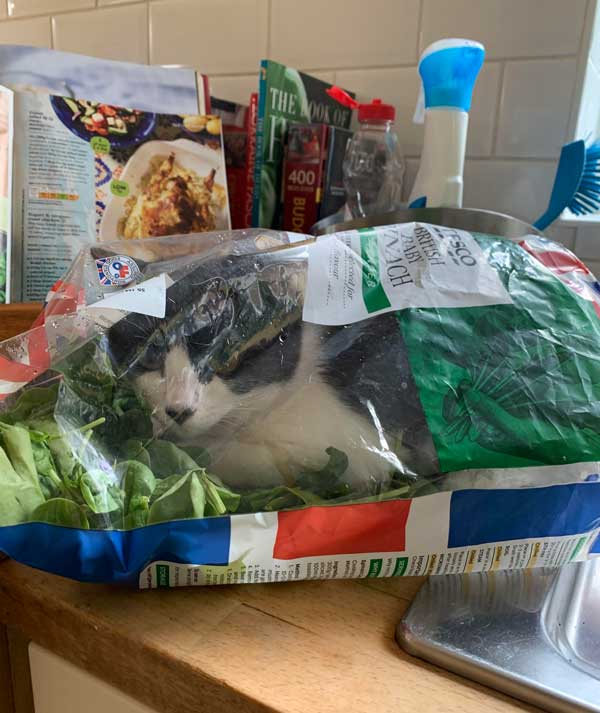 #9 Directly in the middle. 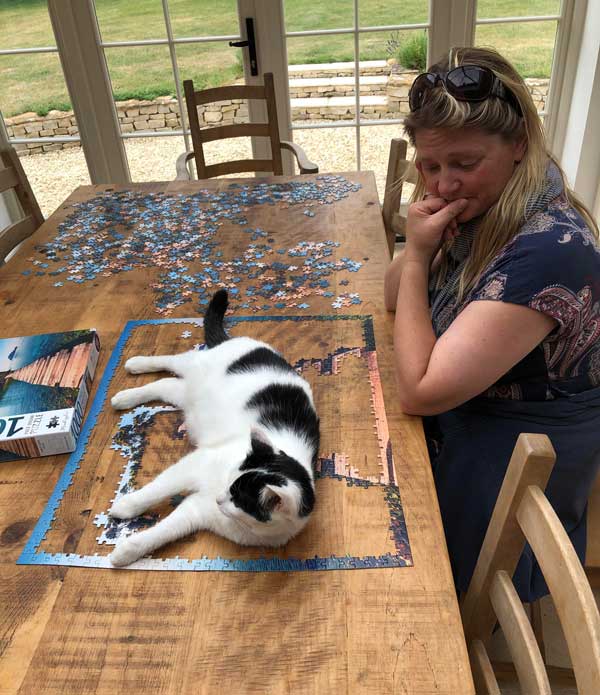 #10 I came home to redistributed pillows. Thanks guys, I didn't even think this was something we needed to worry about. 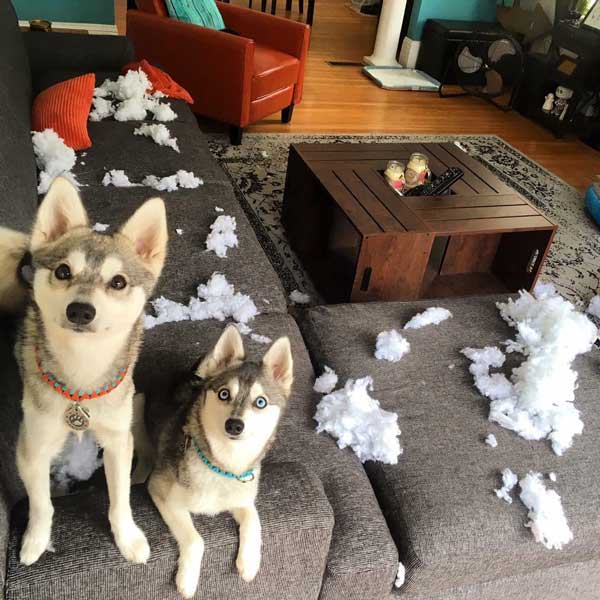 #11 Poor boy. I have to feed him at the table because the chicken steals his food. The cat is trying too. 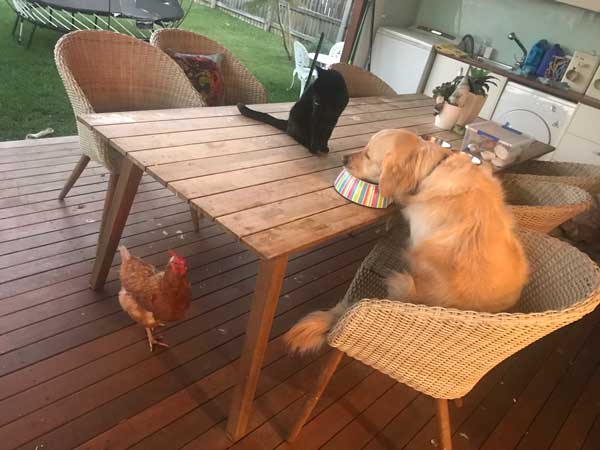 #12 Asked my SO why he sleeps in the guest room some nights. He sent me this. 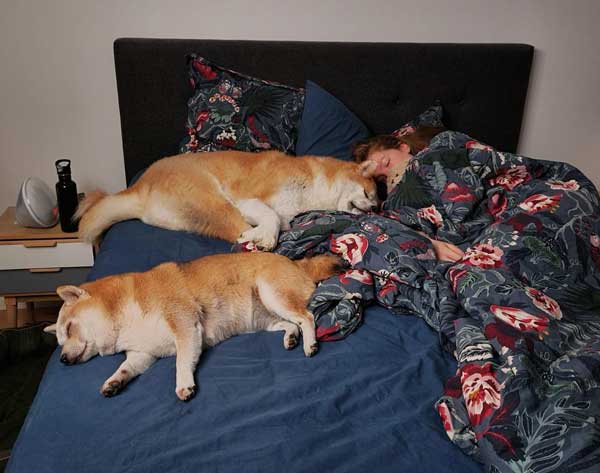 I like the dogs, but The fact that you also stole 100% of those blankets makes this 10 times as hilarious.
Kaldea / Via reddit.com 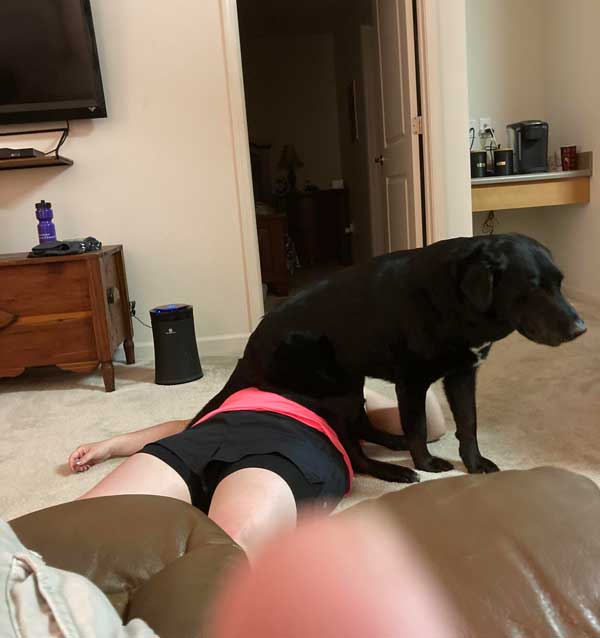 "If I fits I sits."
nmcpheron / Via reddit.com 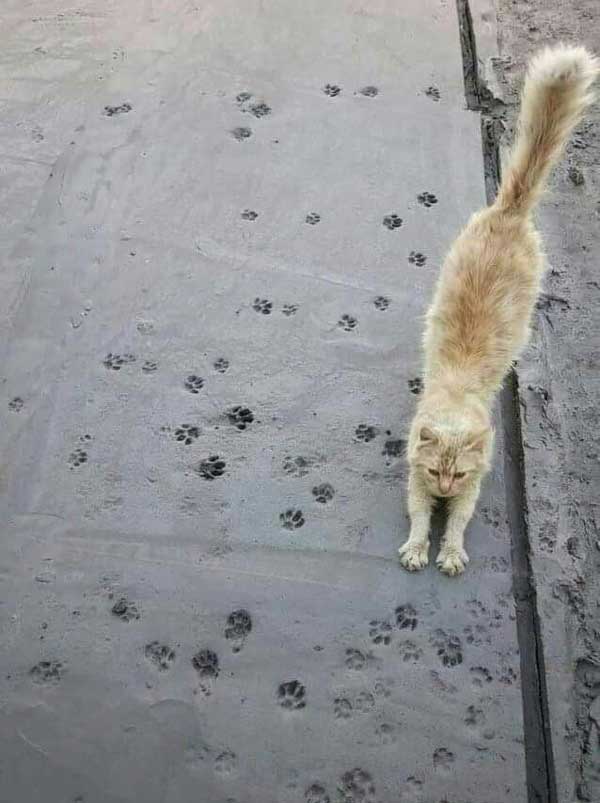 Ah yes so much better now.
IvanPaliychuk / Via reddit.com 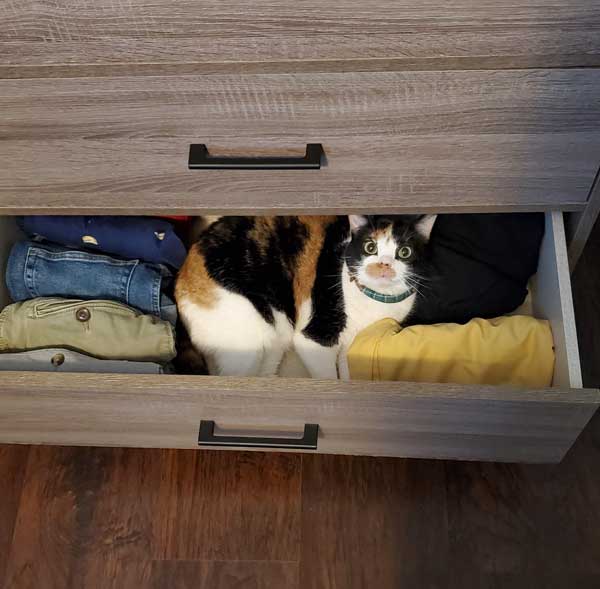 "And I'm trying to nap!"
grimmaffia / Via reddit.com

#16 He’s very open about letting me know I haven’t been paying enough attention to him while I weave. 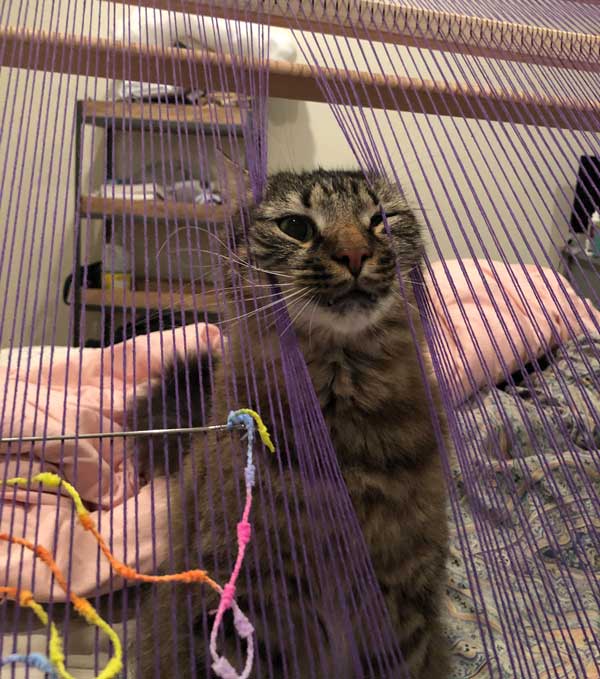 15 Cats That Are Unapologetically And Adorably Rude