#1
Like the heat? Bangkok, Thailand was named the world's hottest city! Be sure to come prepared when you visit, and stay hydrated.

#2
Thailand is the only Southeast Asian country that was never colonized by an European country.
In fact, in the Thai language, the name of the country is Prathet Thai which means "land of the free."

#3
The longest place name in the world is the full name of Bangkok, the capital city of Thailand. Apparently “Bangkok” is just the short version because the city’s ceremonial name is -

The name, composed mostly of Pali and Sanskrit root words, translates as -
City of angels, great city of immortals, magnificent city of the nine gems, seat of the king, city of royal palaces, home of gods incarnate, erected by Visvakarman at Indira's behest.

#4
Bangkok, the capital of Thailand, is built on alluvial floodplain that wasn't even land during much of Siam's history. The old capital of Ayutthaya, several hundred km north of Bangkok (and with a population around 1 million, one of the largest cities in the world in 1700) was at that time a coastal city. Bangkok used boats more or less exclusively for all transportation that wasn't walking until the middle of the nineteenth century when Bangkok's first road, Bamrungmuang Rd., was built.

#5
Red Bull, the world-famous energy drink, has its roots in Thailand. It is based on Krating Daeng, a drink made popular in Thailand (and eventually across Asia) since 1976. Red Bull was modified to "suit western tastes."

#6
There are about 35,000 temples in Thailand. Thailand is truly a land of temples. Visiting them requires modest clothing, meaning no shorts or sleeveless shirts.

It is the only (as told by a local, not verified) country in the world with special seats for Buddhist monks in trains. 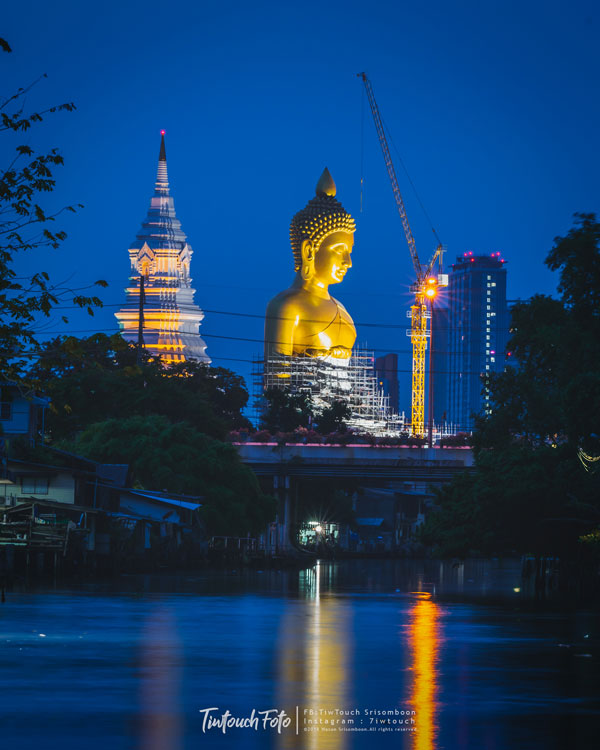 #7
It is illegal to be present in public without wearing an underwear.
I am not sure how this is implemented through. 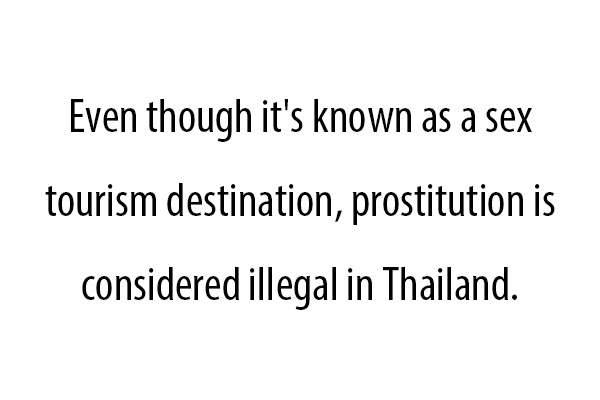 #8
With over 35 acres, Chatuchak Weekend Market is (one of?) the world's biggest open air markets.

#9
Bangkok has one of the highest concentration of eating places per capita in the world. This is visible by just being in any part of the city at any hour of the day. There is food probably within 50 meters. Bangkok also has one of the highest number of 7 Eleven stores in the world, you can probably see 2-3 stores within your 360 degree view in some parts of the city.

#10
Royal-dragon restaurant in Bangkok is the largest restaurant in the world with an ability to server 10000 customers a day.
I am sure no one complains for a long waiting time to get a seat here.

#12
The national flower of Thailand is the orchid. That 1,500 orchid species can be found growing wild in Thai forest. There’s a reason why it is one of the world’s largest orchid exporters.

#13
Thailand is where you’ll find both the smallest and the largest creatures. The smallest mammal in the world, the bumblebee bat, calls Thailand home. You can also find the largest fish, the whale shark, in Thai waters.

#14
King Bhumibol was the world's longest reigning monarch at the time of his death in October 2016. He died on 13 October 2016 at the age of 88.
Though the Thai monarch is considered a constitutional monarchy, the king enjoys a lot of power in the political structure of Thailand. He has presided over the rise and fall of many governments in Thailand and his words usually set the political moods of the country.

#15
Each year, about 39.80 million tourists visit Thailand. That number continues to grow by leaps and bounds as the world discovers what a wonderful place it is.

The World's 15 Most Beautiful Cities