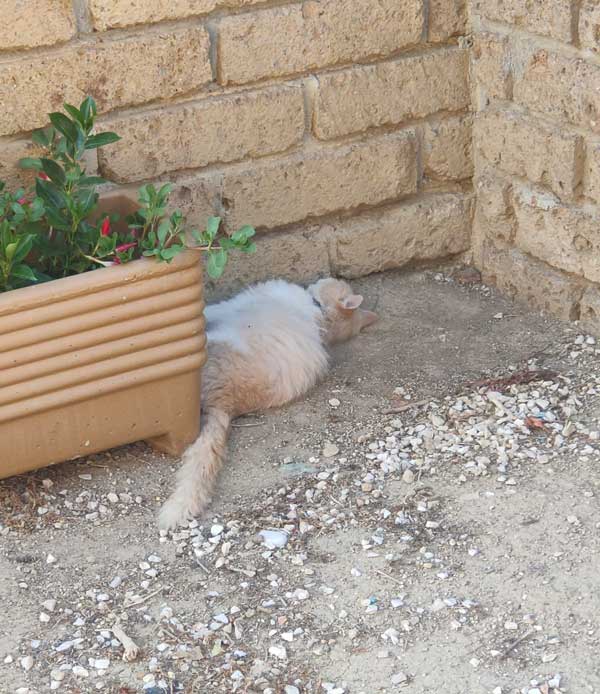 Or it knows things about physics that you don't.
Specy_Wot / Via reddit.com 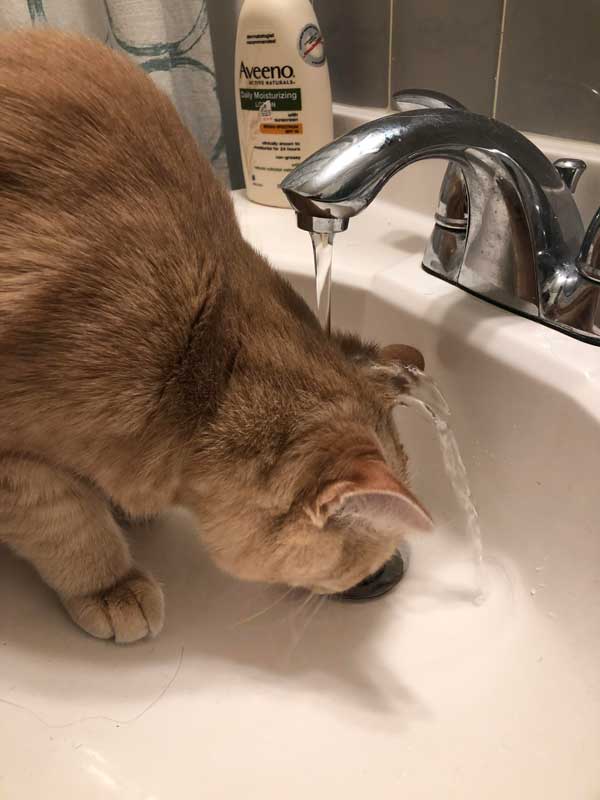 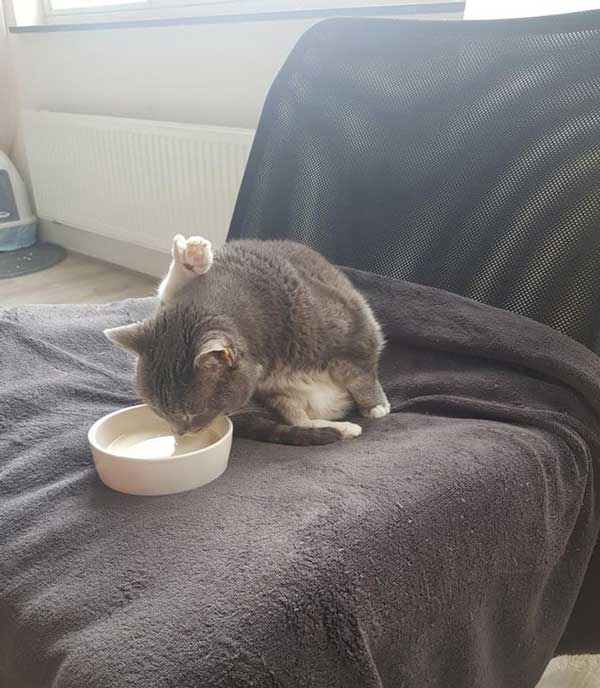 #4 My cat steals potatoes and walks around like a boss. 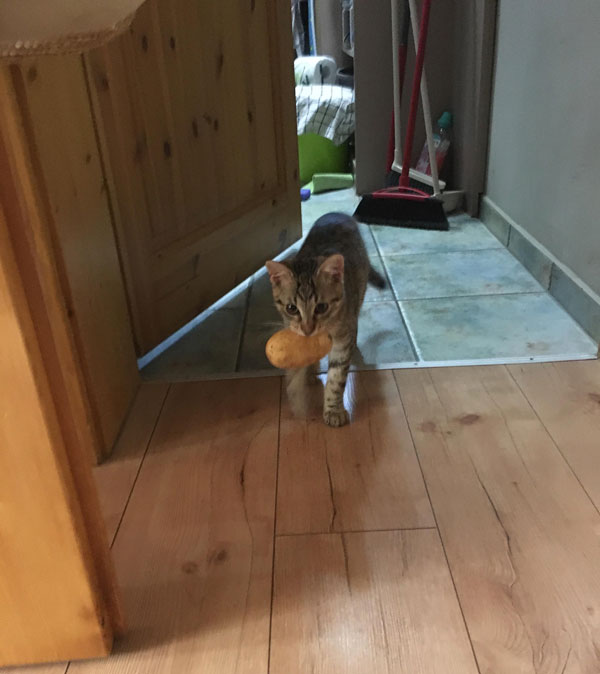 #5 My cat loves to pretend she's a figurine. 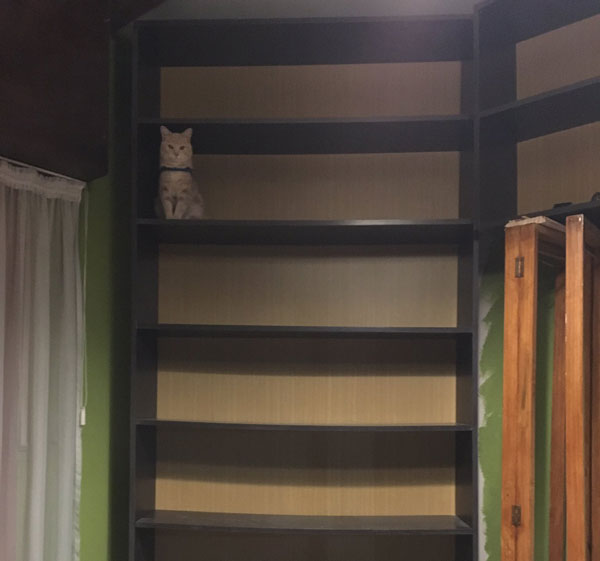 #6 My cat raises her paw to get attention. 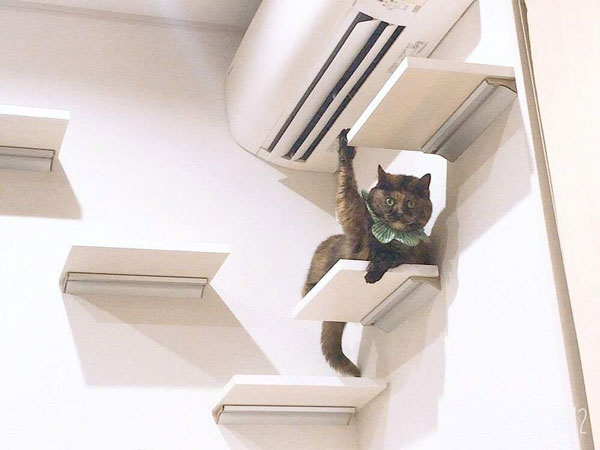 I would like to hear his question.
rztan / Via reddit.com 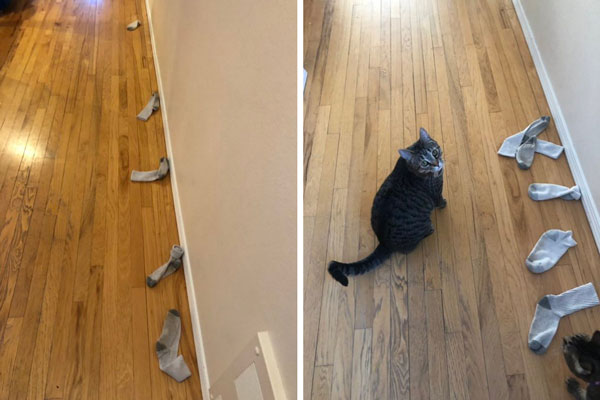 #8 She wets her belly in the sink and sits on the toilet cistern while I'm going to the bathroom. 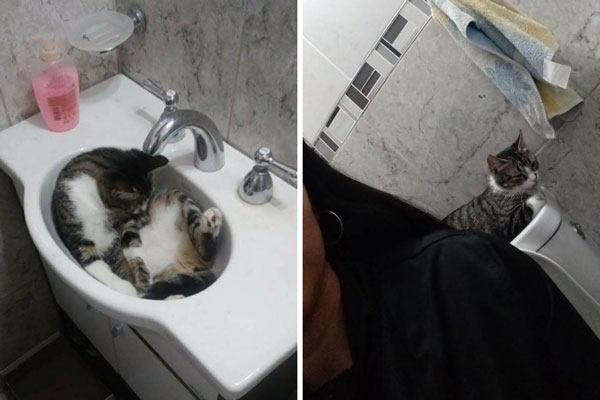 #9 He is laying on his back on top of the cabinets with his eyes wide open, just staring at the ceiling. 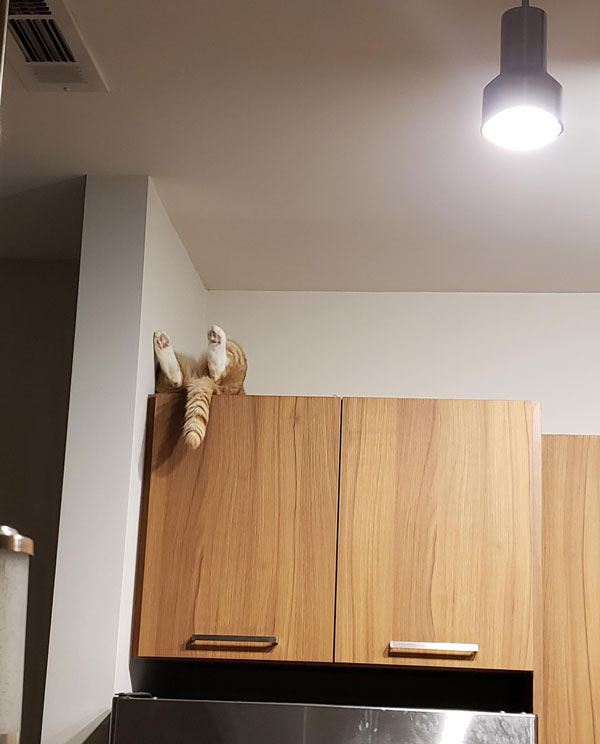 #10 My cat is constantly trying to steal food from me, so I have to close the kitchen door. And while I eat, he doesn't take his eyes off me from outside the door. 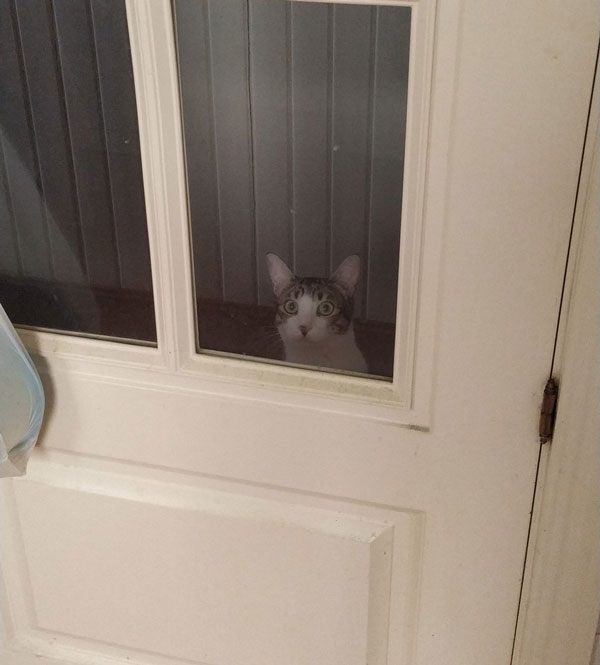 #11 She sits and waits for someone to put ice in her water every morning. 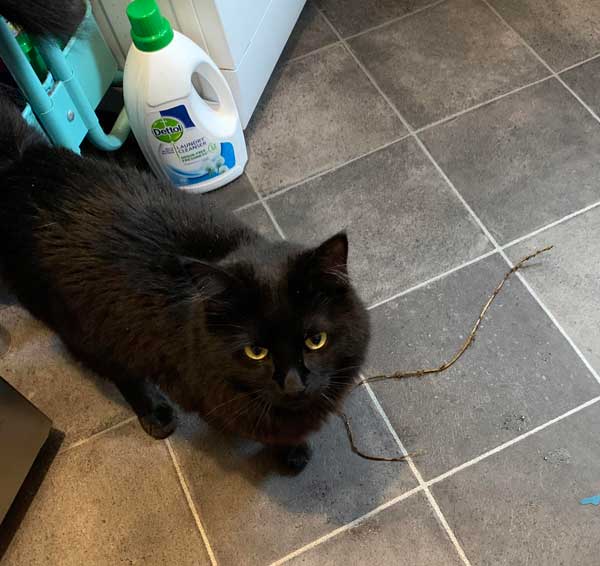 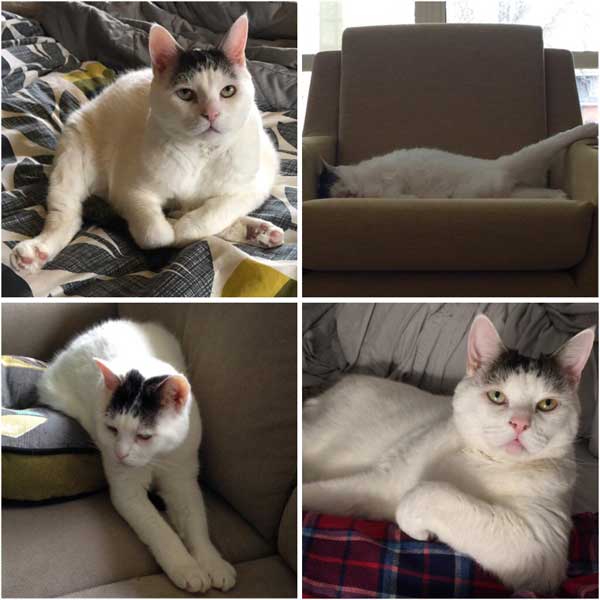 #14 Don't know how he got there. He cries until I come look at him. 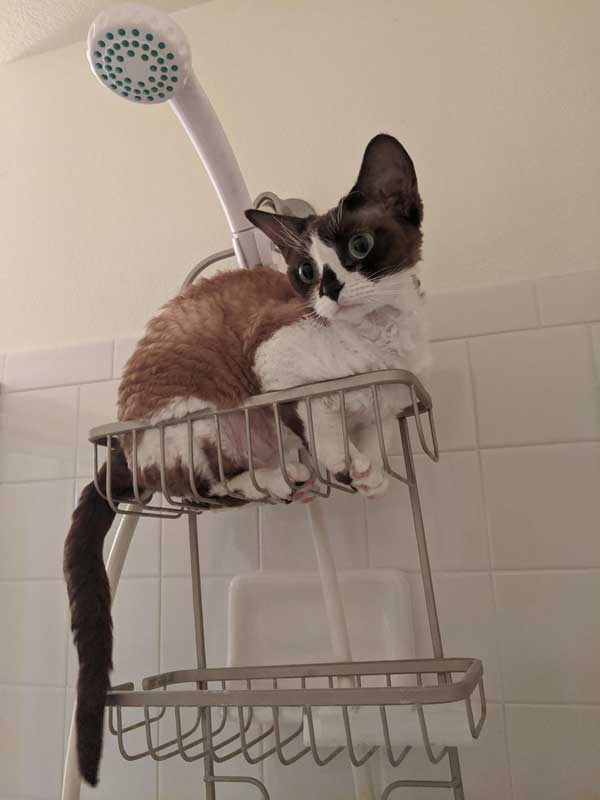 His ears are huge! This baby must have surround sound!
s-rizzo / Via reddit.com

#15 She enjoys warming her rear end in the hot stream of air from the laptop. 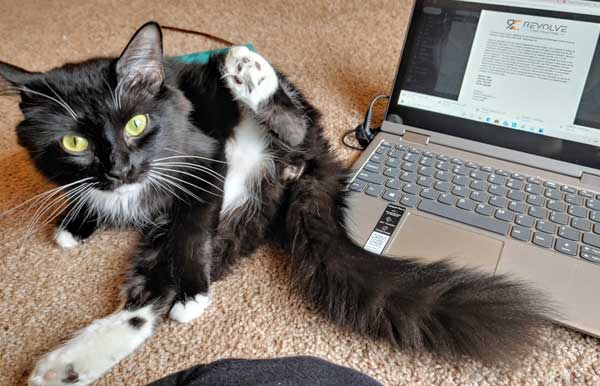 #16 She likes to climb into the drawer from the back. Sometimes she surprises me when I open it! 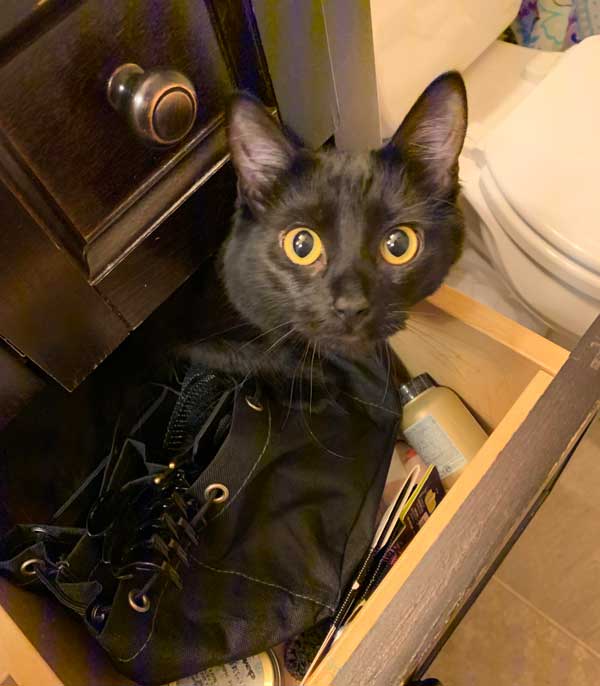 Omg she is so cute lol.
dryerfresh / Via reddit.com