#1
Your jeans can be turned into a flotation device. Tie the feet up, and blow into the waist and keep the waist down in the water. We learned this at summer camp, it really works.
pandaappleblossom / Via reddit.com

#2
Here is how to know when lighting is about to strike: Hair standing on end. Tingling skin. A metallic taste in your mouth. The smell of chlorine and sweaty palms. A vibrating, buzzing, or crackling sound coming from metal objects around you.
harkesys19 / Via reddit.com

#3
Baking soda can be used to extinguish a fire...even a grease fire on a grill, or a stove top.
Shamwow22 / Via reddit.com

#4
If you are in a pool and about to be struck by lighting, take a big breath and get under the water as fast as you can. Lighting only strikes and kills anything on the surface of the water, but underwater the electricity dissipates, which is also why fish don’t die when the ocean is struck.
Porple-Gerafe / Via reddit.com 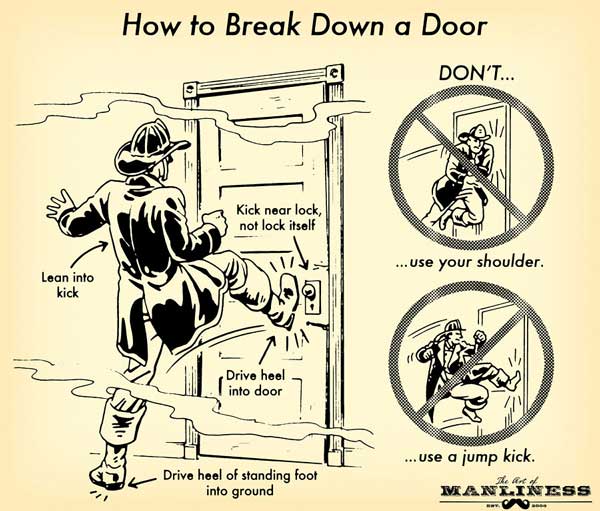 Ramming a locked door using your shoulder will not only hurt more but it will also lower the chance of success. Instead, kick it using your leg, foot and heel and aim for the lock on the handle/door knob. Plus, with a leg you can apply more force.
arijitdas / Via reddit.com

#6
You can survive 3 Minutes of SEVERE bleeding, breathable air, or in icy water, 3 hours in extreme hot or cold temperatures, 3 days without drinkable water, and and 3 weeks without food. So always remember this.
Nikeuzhere2 / Via reddit.com

#7
I always carry a couple cotton balls dipped in Vaseline in a ziplock when I go backpacking. Even in high wind situations above treeline, I can get a fire going in one attempt with one of those.
BaronVonNumbaKruncha / Via reddit.com

#8
A pencil sharpener will come in handy when you need to make gigs or arrows. Plus the shavings are great to start a fire.
survivalresources / Via youtube.com

#9
The whistle will help you to be heard when you can no longer scream.
Bubbafett33 / Via reddit.com

#10
Green coconuts can contain up to a liter of sterile drinkable water. The water contains more electrolytes per unit volume than the leading sports drinks.
The husks can be used to start a fire. The frond can be used for making shelter. The empty shell can be used as a water vessel e.g. cups, bowls etc. The core of the tree is great for making spears.
itzcarwynn / Via reddit.com

#11
If you get buried in an avalanche. Let your spit dribble out of your mouth so that you know which way is up and down.
GlumExcitement9 / Via reddit.com

#12
Always have baking soda with you. It's a very good anti-inflammatory. Make a paste and put it on a burn.
StreetNinja73 / Via reddit.com

#13
If you only have one blanket and it’s cold, put it between you and the cold ground instead of the cold air when you sleep.
defaultusername4 / Via reddit.com

#14
If you need to start a fire but your lighter is dead and can only make sparks, pull lint from your socks into a little ball, and wrap it in tissue paper. You can spark the sock lint, and it will light.
reddit.com 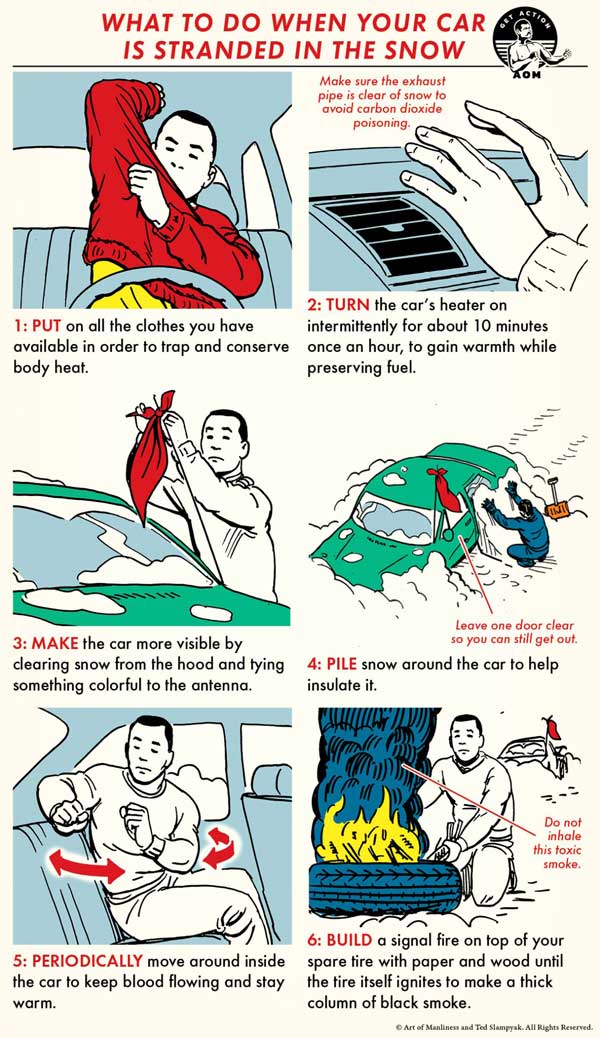 #16
If you get stranded in the desert, the number one thing you want to have is a mirror. It will help you signal for help, which will increases your chances of survival by 50%, even more than a knife, rope, or flint.
slowertraveler / Via reddit.com

16 Life Hacks That Are Really Helpful Or Really Funny

These Insanely Weird Ideas That Are Actually 100% Smart

How To Make People Like You In 5 Minutes Or Less

16 Random Things I Wish I'd Learned in School