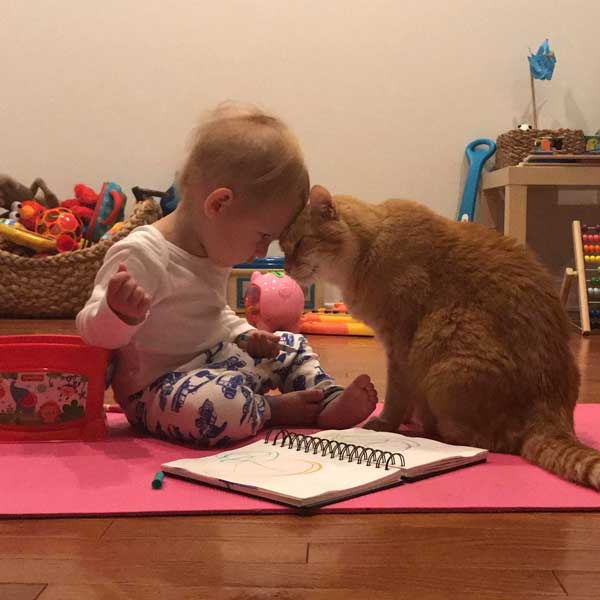 #2 My old lady can't do all the fun things with me that she used to but I didn't want her to be left out. 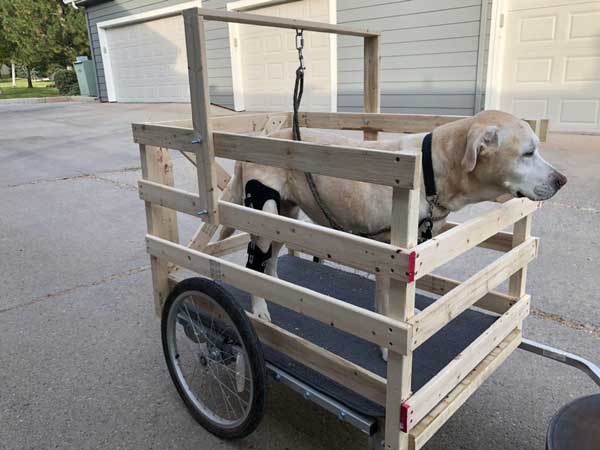 This is amazing. You are a good human.
aissy20 / Via reddit.com

#3 There's an island in Japan, Miyajima, where deer roam free by the hundreds. This one was silently walking around with this kid for a few hours. 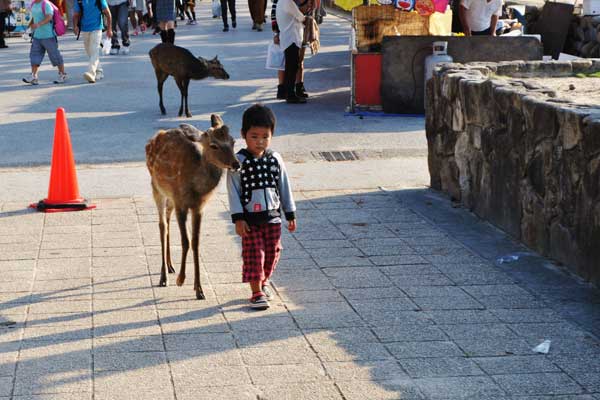 #4 When I met an old soul-friend in a monkey's body. 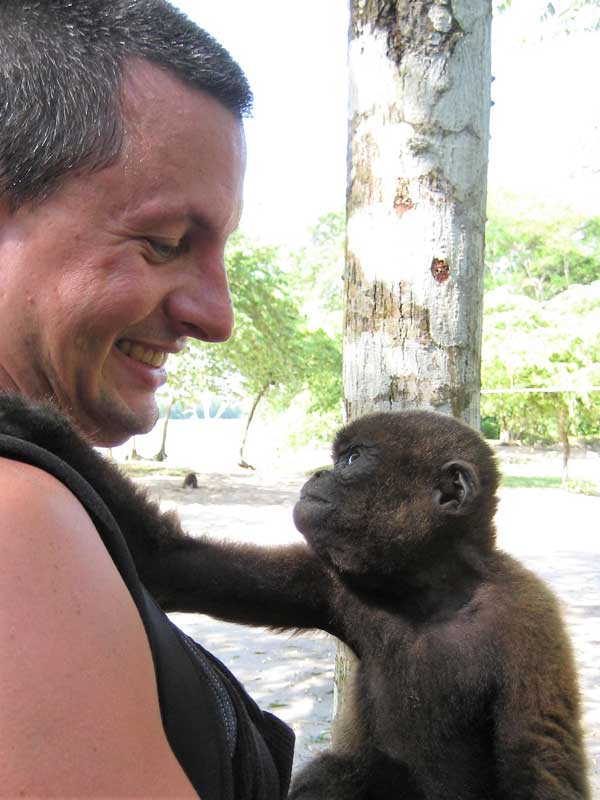 #5 Met this cutie outside the barracks today. 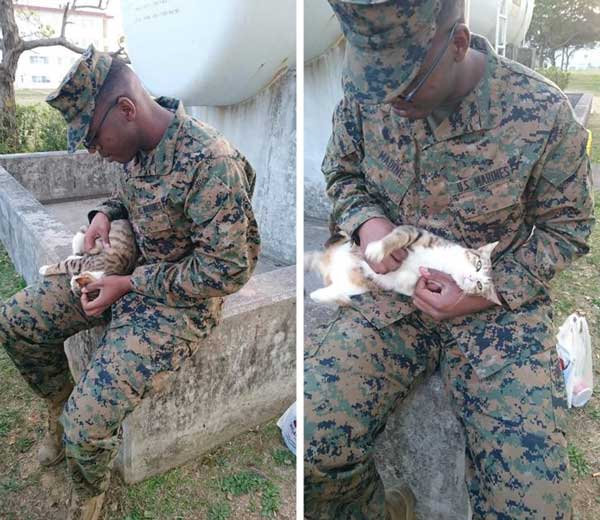 #6 I post this old Christmas photo because I just noticed my pocket square is my sister’s hamster. 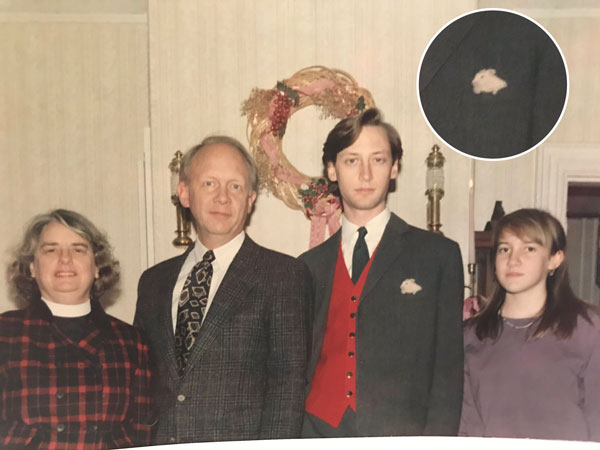 #7 Pearl, my Aspergers service dog, sniffing my baby for the first time. 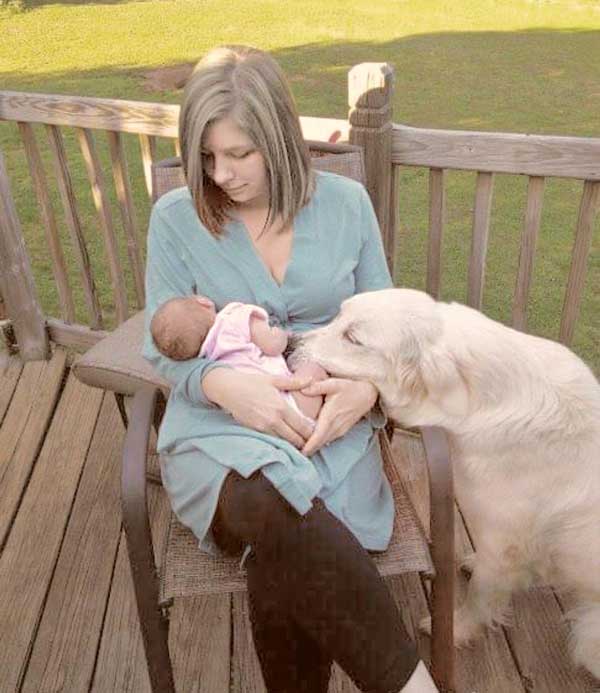 #8 Last year when I found this little guy walking the streets and today getting cuddles. 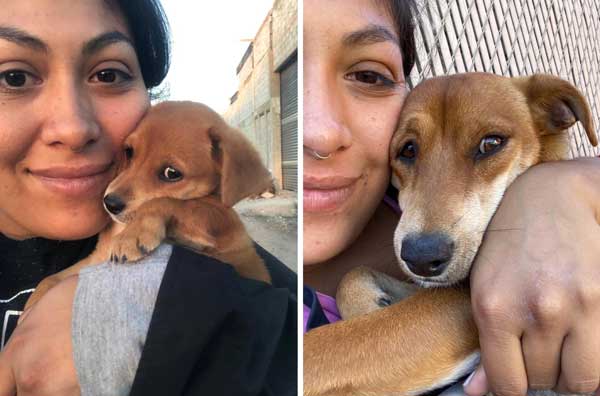 The world needs more people like you!
April_loves_James / Via reddit.com

#9 One of the squirrels I hand feed coming to see how my breakfast was going this morning. I went out with walnuts for it, but he wandered off, seeing if I was home. Now, we were having dinner together. 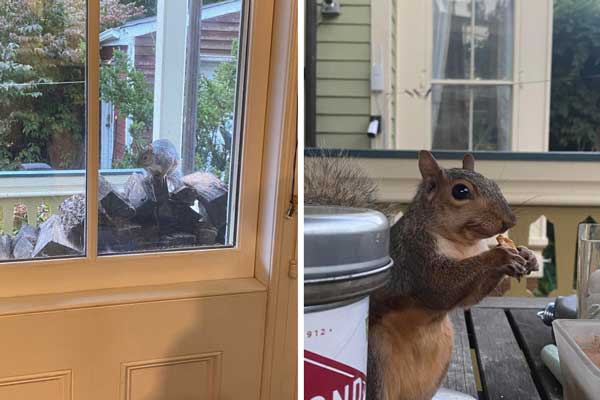 #10 In my hometown , this dog pushing his owner. 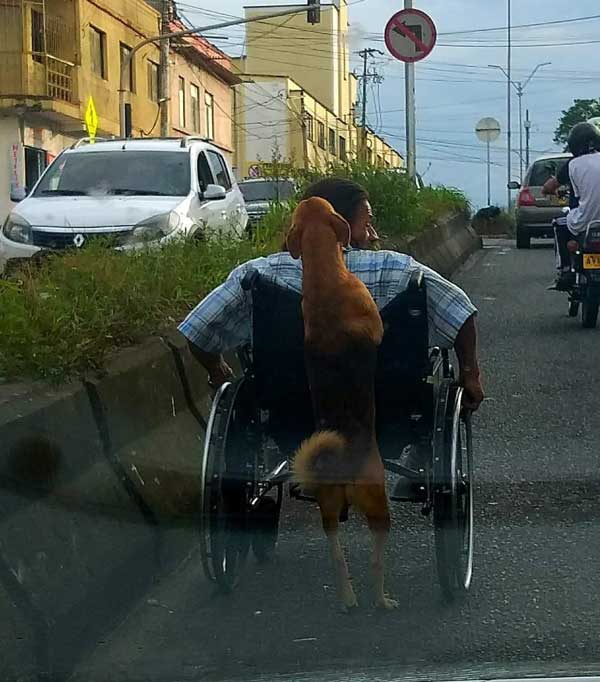 #11 She adopted us, and the reason she got to stay is because she bonded with my daughter. 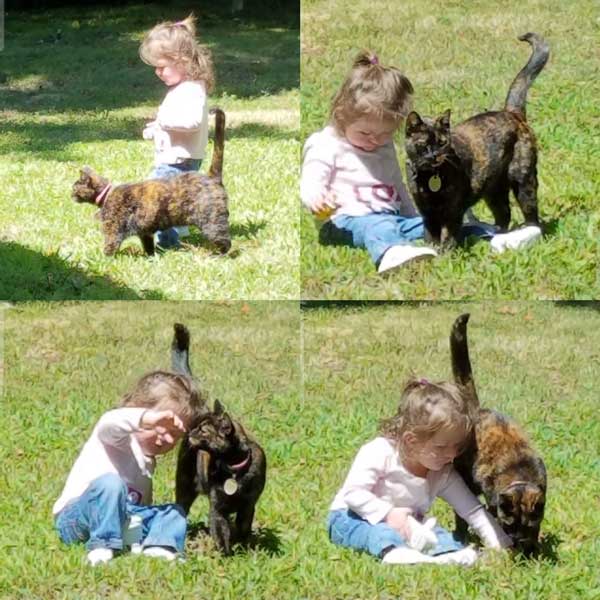 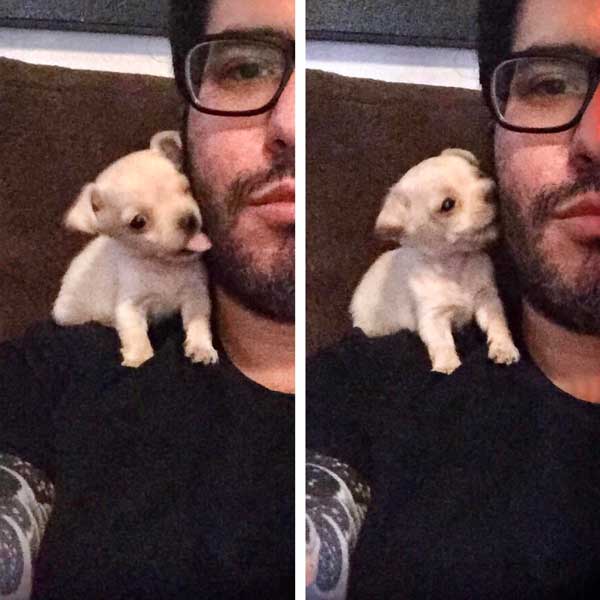 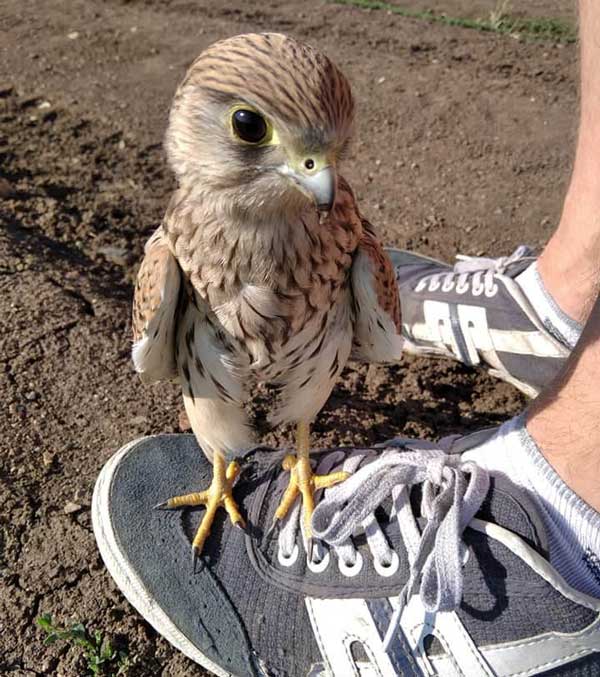 He musta dropped his Hogwarts letter on his way over.
roldene / Via reddit.com 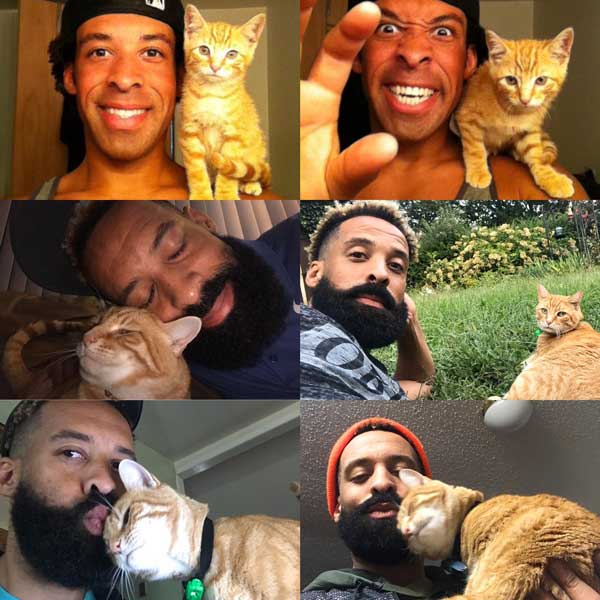 If I hide under your stairs will you take me in?
OmegaaSupremee / Via reddit.com

#15 My dad petting a dudes raccoon at the lake.. 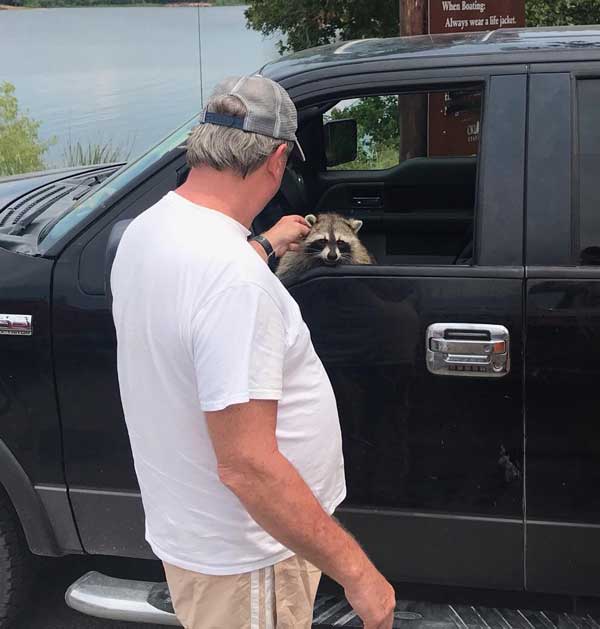 #16 The horse made it very clear that he had no intention on sharing his human. 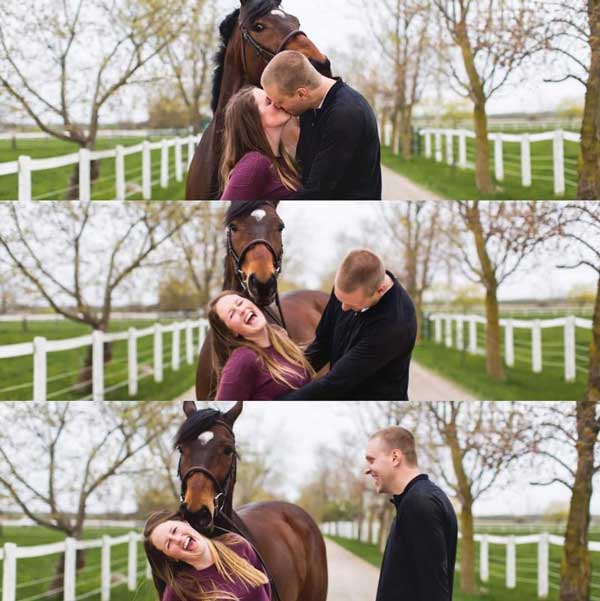 Lol the eye in the top pic.
still_annie / Via reddit.com 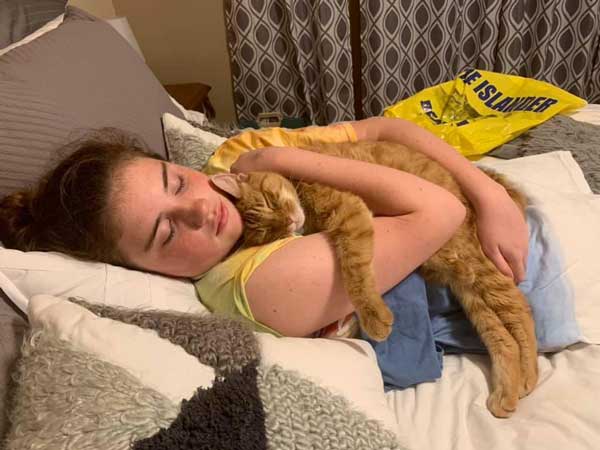 Awww! Thank you so much for adopting a senior kitty! He looks like he has LOTS of love to give.
tiffanymcclure / Via reddit.com 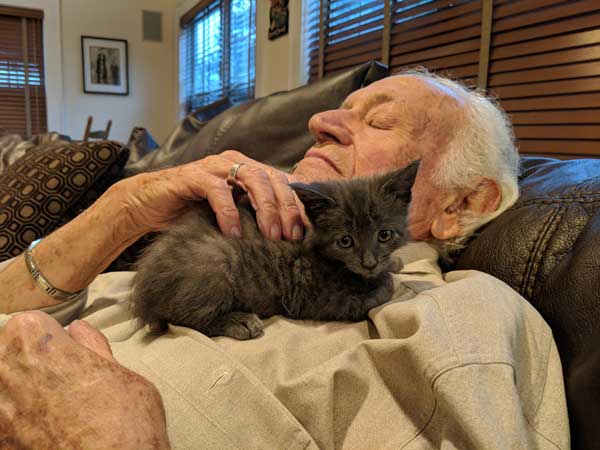 Looks like Grandpa was claimed. :) So sweet!
Uh_I_Say / Via reddit.com