#1 When you find out you're pregnant! 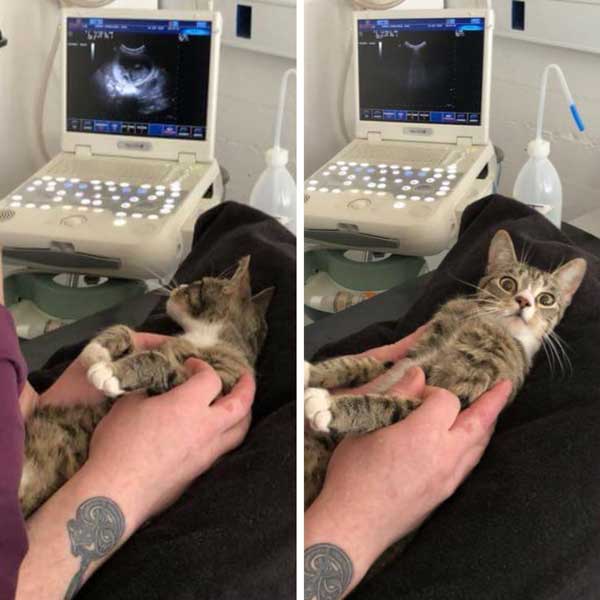 #2 The best actress award goes to. 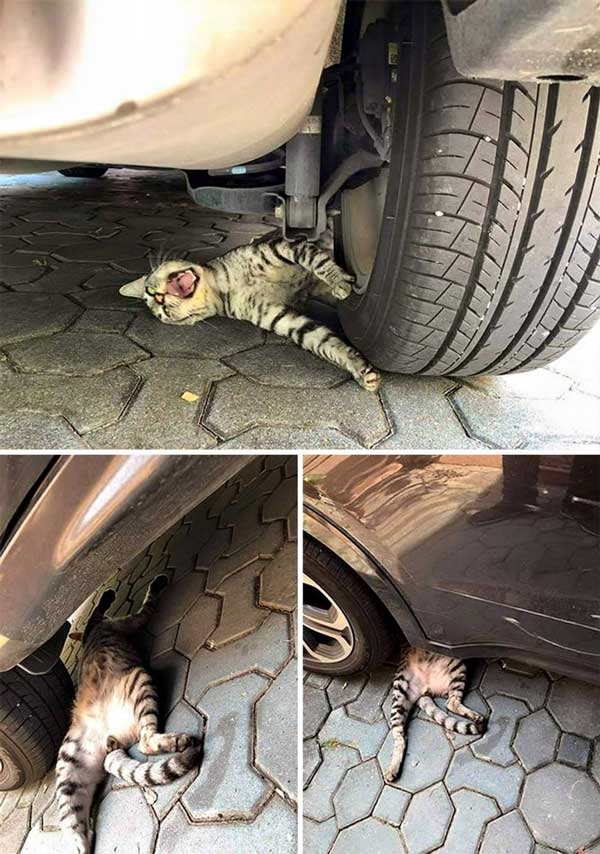 It looks as if the cat is faking an insurance claim.
sodik.gurih / Via facebook.com

#3 He heard me sneeze for the first time. 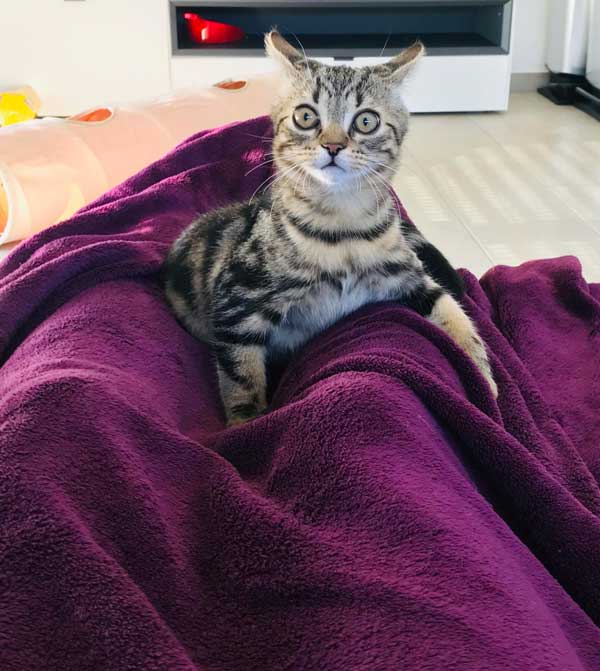 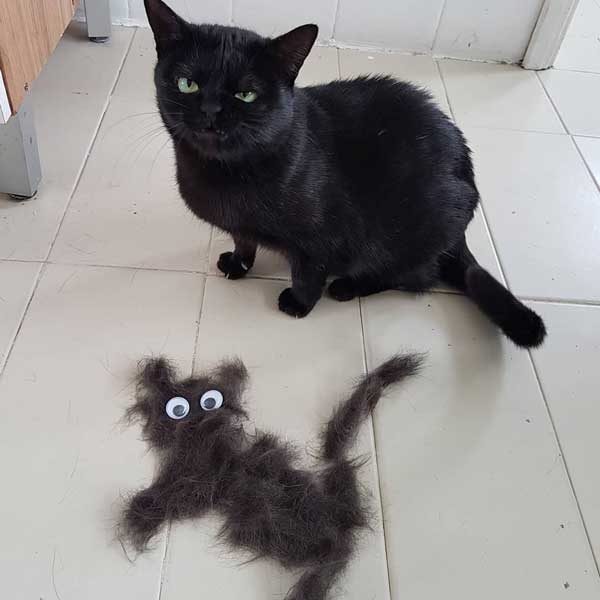 I love this one! The likeness on the floor is uncanny, but look at the sneer on the kitty!
francisquinha_mal_humorada / Via instagram.com 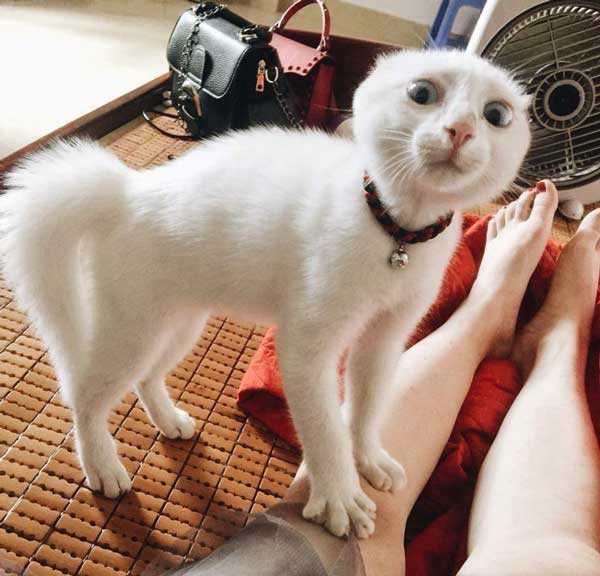 At first I thought that it didn't have ears >-<
SavagePotatoCat / Via reddit.com

#6 She has no idea what just slapped her in the face. 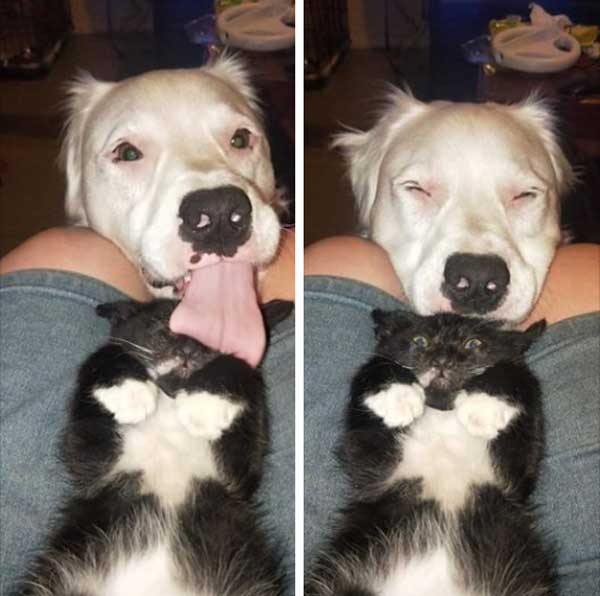 I'd have the same reaction if a huge, wet tongue glossed over my entire face.
You have to put some eyebrows on your dog. Seriously. Do it.
SadBoiThatEatsKoi / Via reddit.com

#7 Trying to teach my daughter to hold the cat properly and captured this gem. 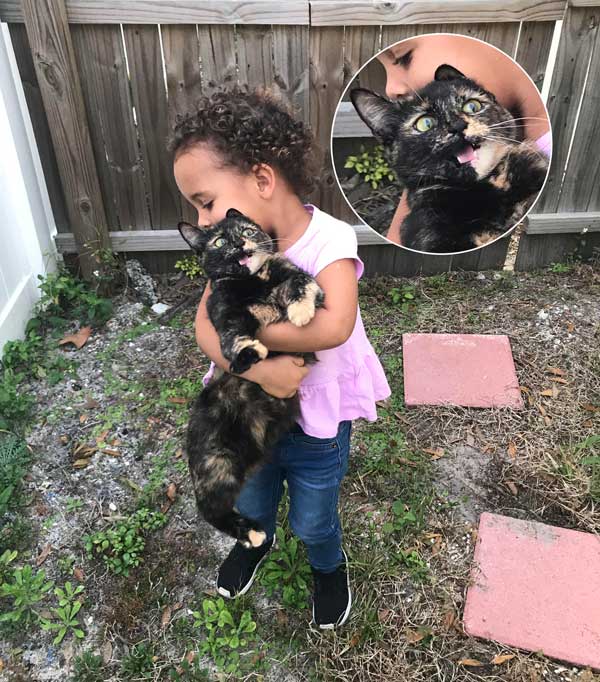 PUT ME DOWN!
averagehomosapien / Via reddit.com

#8 Our cat was forgotten outside. She activated our video doorbell to come in. 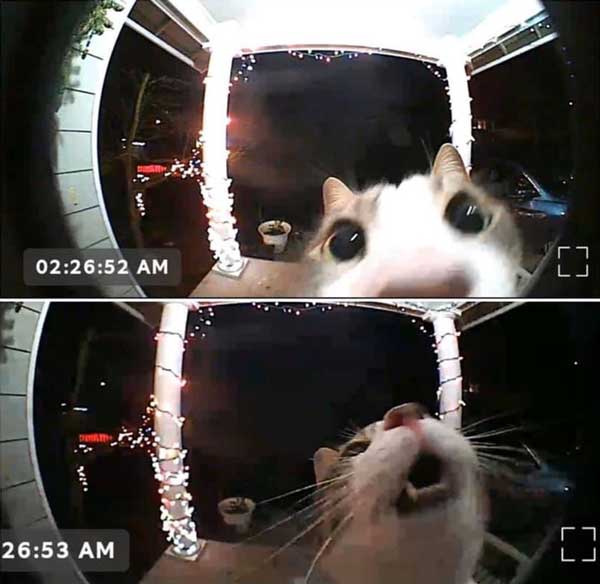 #9 Met this guy in Amsterdam. 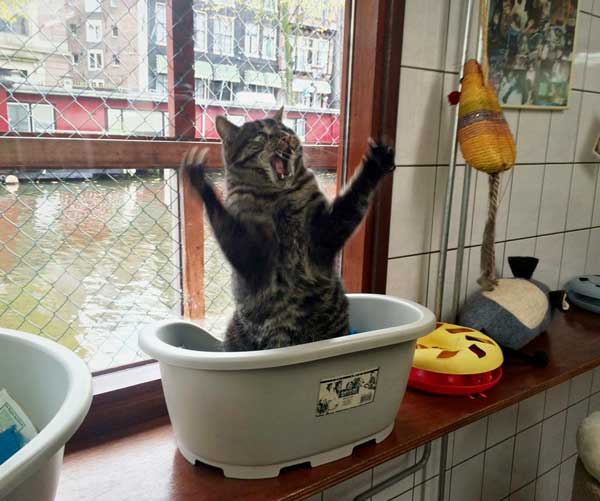 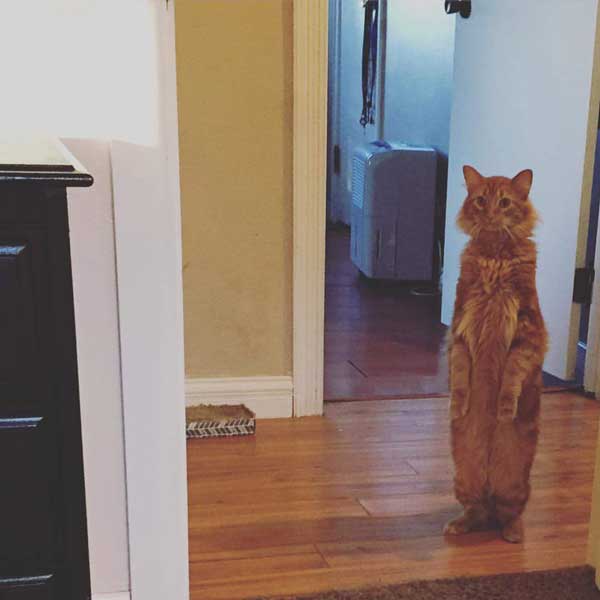 #11 Felt like I was interrupting a cat drug deal today... 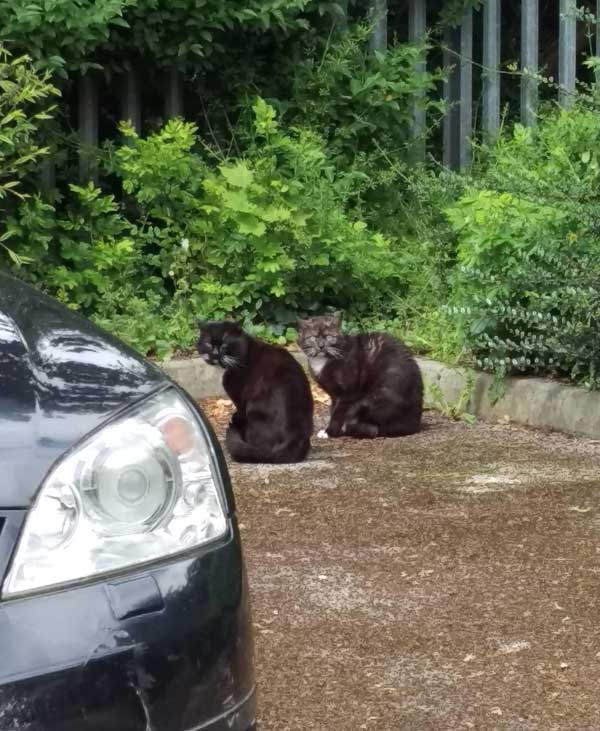 I think you were.
jaspermatt / Via reddit.com 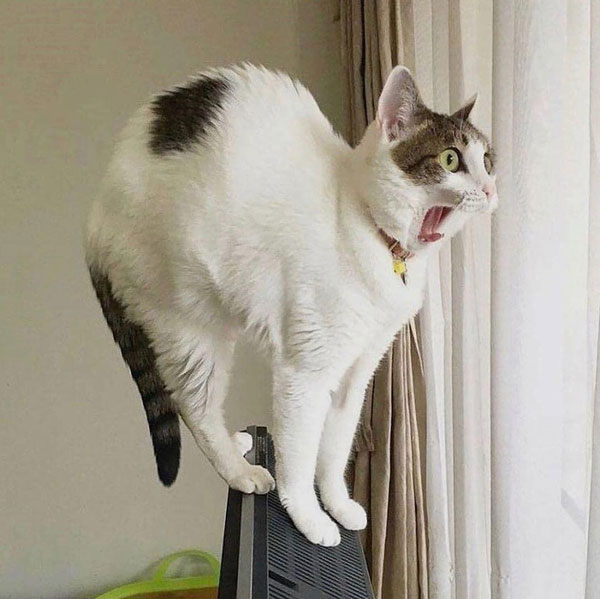 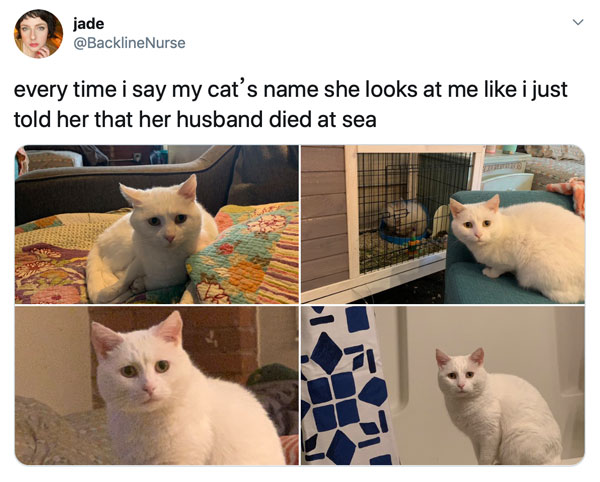 Perhaps it's time to change your cat's name.
TheDreamGhoul / Via twitter.com 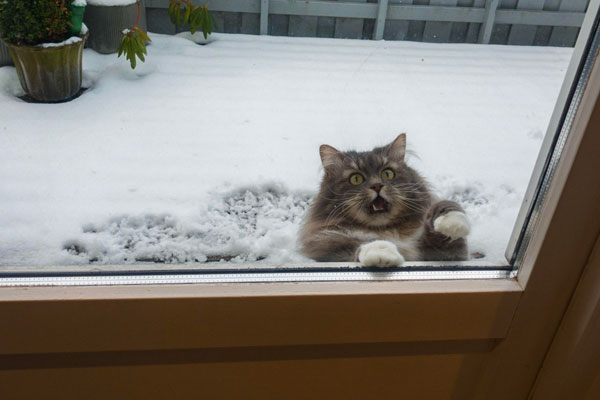 Let me IIIIIIIIIIN! I am gonna die! Ahh! The sky is falling!
Handro / Via reddit.com 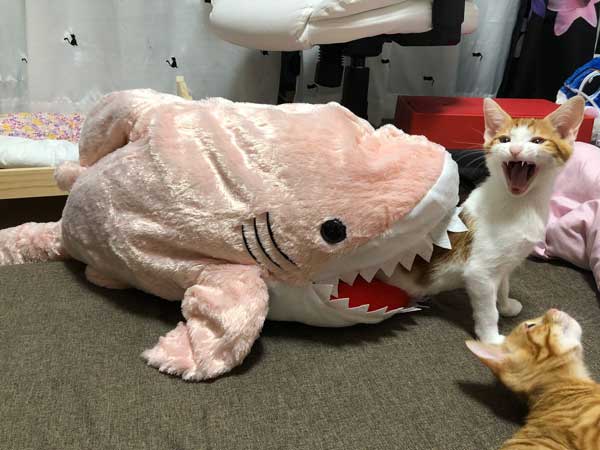 Ahhh! I've been bitten! Send the medic!
hotokeYK / Via twitter.com

#16 I shooed him off my lap and he gonna be a little bit*h about it. 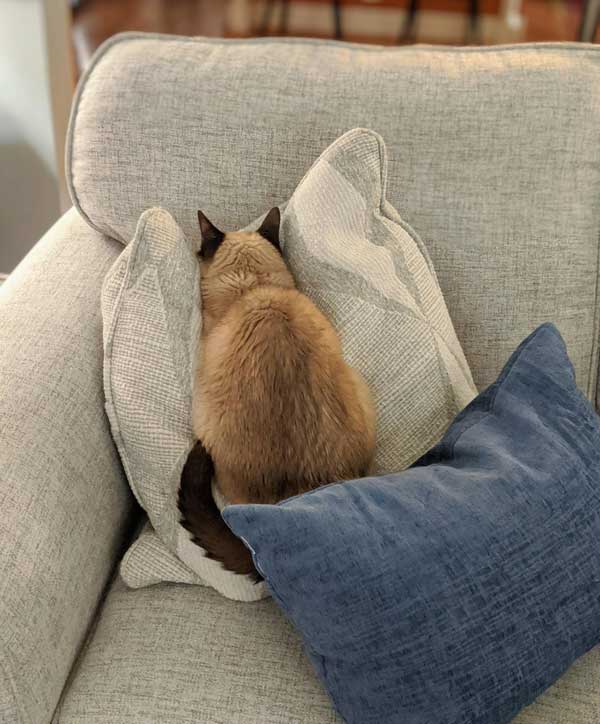 Yeah, once the cat is on your lap, you're stuck until the cat releases you, you messed up.
speedycat2014 / Via reddit.com