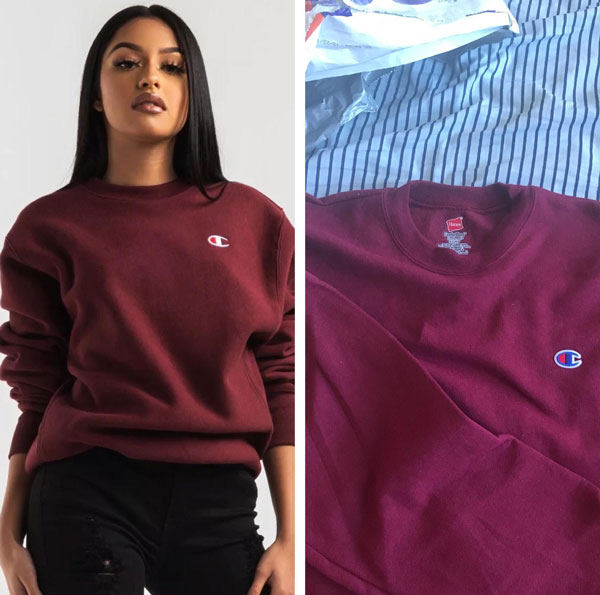 Is champion a hot brand now? Growing up champion was what you'd call a Walmart brand today.
PM_ME_YOUR_HARIBO / Via reddit.com

#2 I bought this Bob Ross chia pet... These are not happy trees. 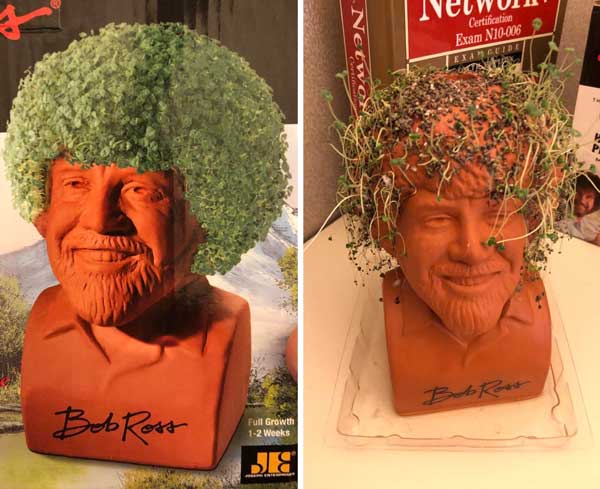 #3 This person who received a DIY gone bad. 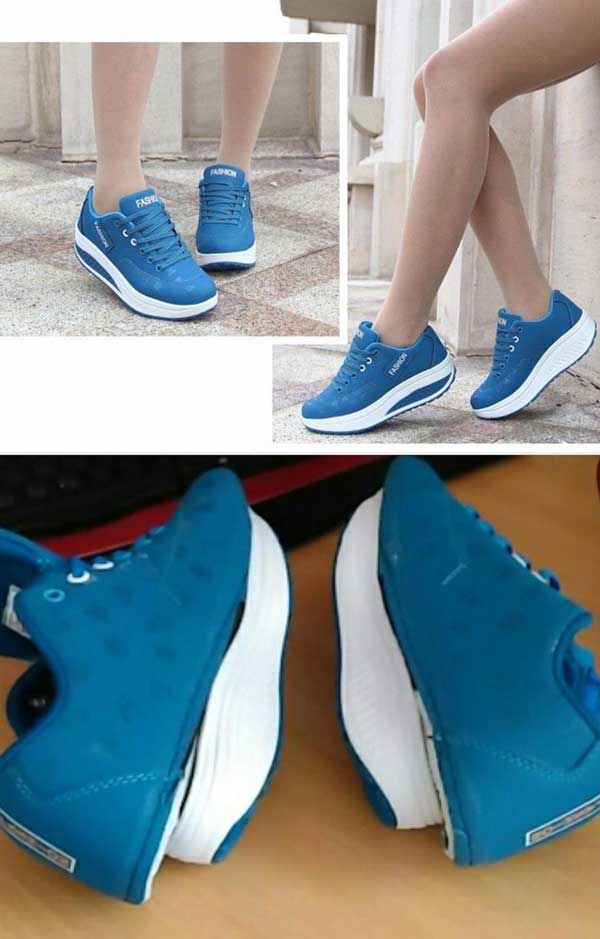 #4 When your mom realizes it's not the first time you've drunk and you're not a baby girl anymore. 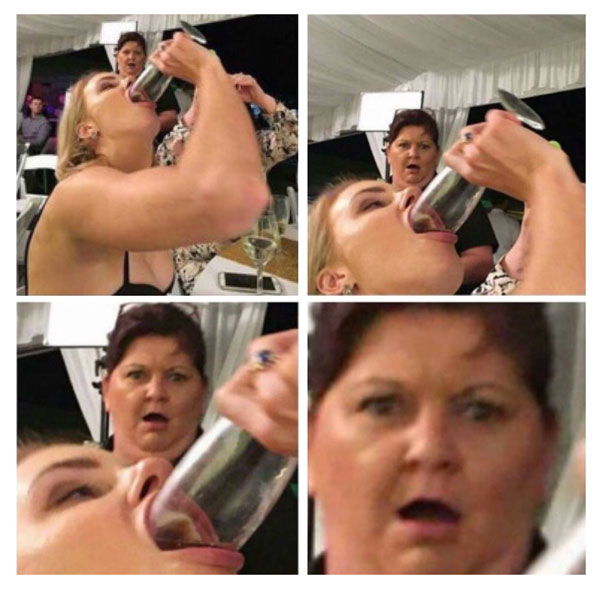 #5 I couldn't stop laughing when my blanket finally arrived! 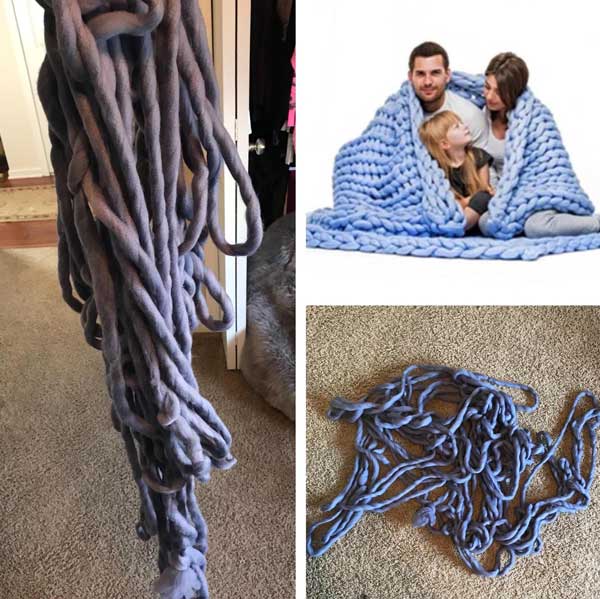 #6 Girlfriend called dominos to send me a surprise heart-shape Valentine's Day pizza while I'm on a business trip. 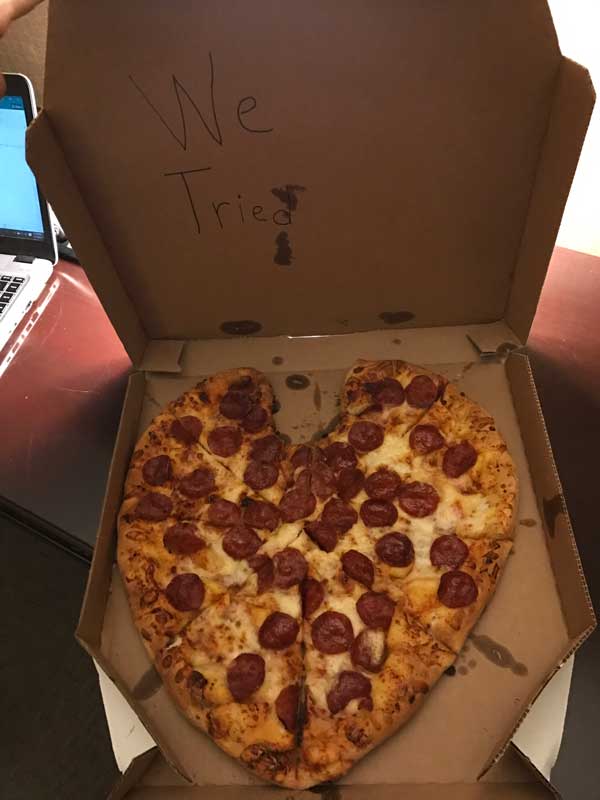 You always really try. That's what I love about you Domino's.
chopped_broccoli / Via reddit.com

#7 It's not the photograph that I wanted in my passport. 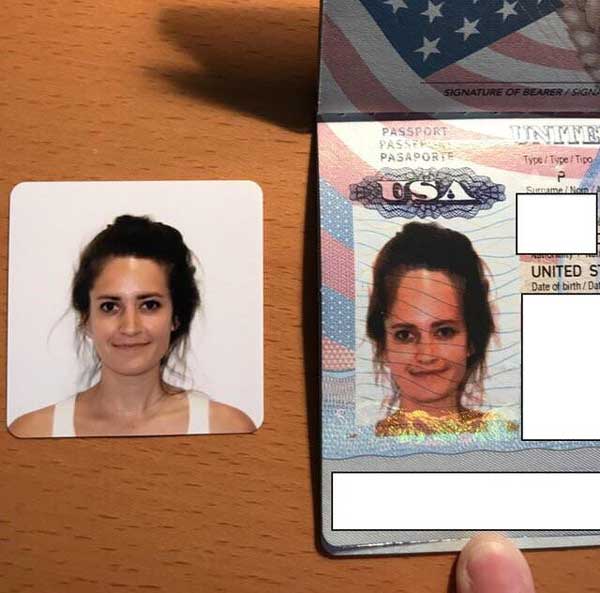 Welcome to the family.
SonumSaga / Via reddit.com 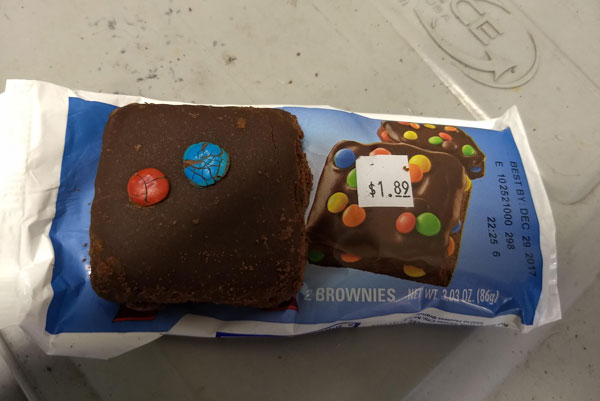 For $1.90 you could have gotten an entire box of Cosmic Brownies BTW.
TJNel / Via reddit.com 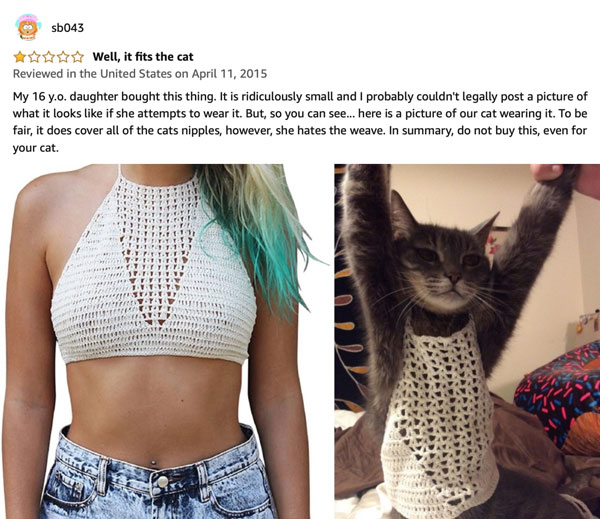 This legitimately made me giggle.
beroemd / Via reddit.com, amazon.com

#10 My daughter wanted a bear, not a fat rabbit. 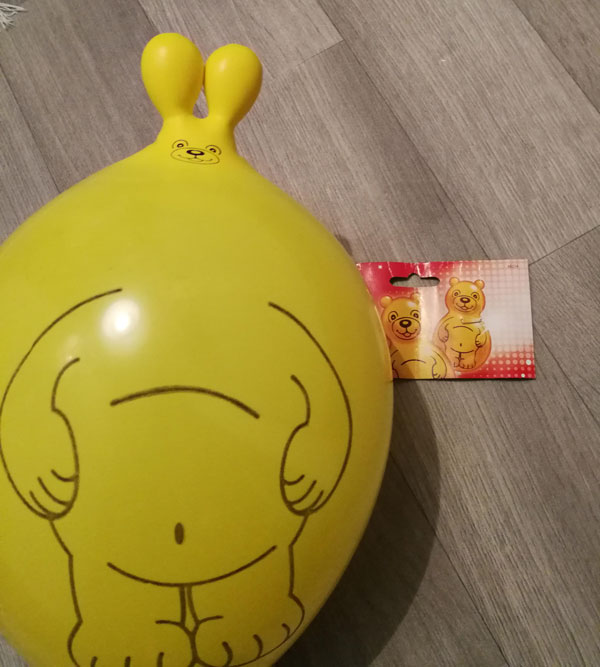 You can actually squish the air around, a bit, to inflate it correctly. You might have overinflated it, though.
coldythefridge / Via reddit.com

#11 Dress vs. dressing that could cover a wound. 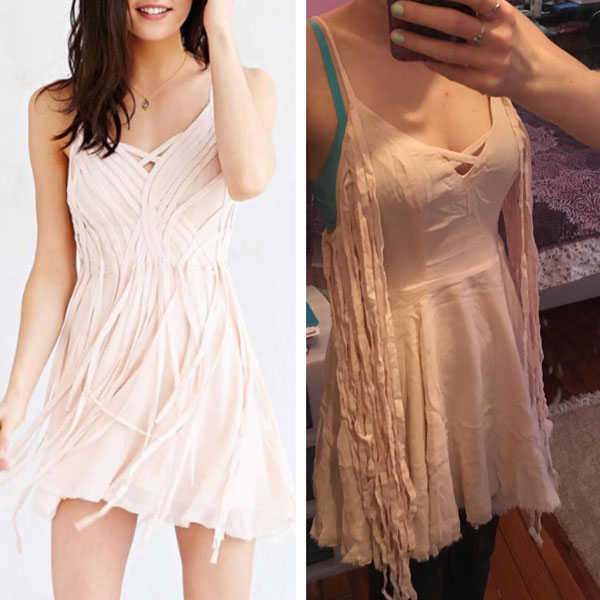 It's a DIY shirt obviously. You gotta glue the strips of fabric where you want um.
theillusionary / Via reddit.com

#12 Includes a "Private Balcony." Is just a view of the wall of the next building. 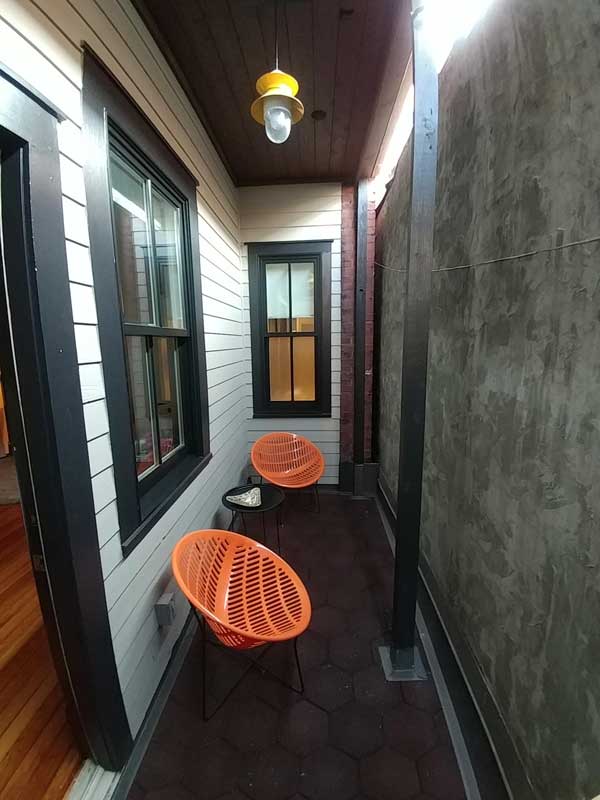 #13 The Very Rare Occasion when the plus size item you ordered online is way bigger than expected. 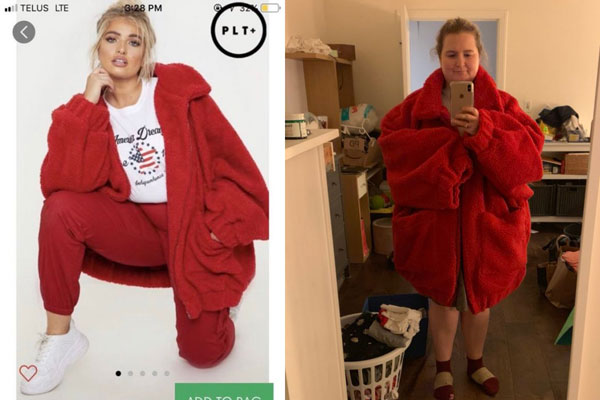 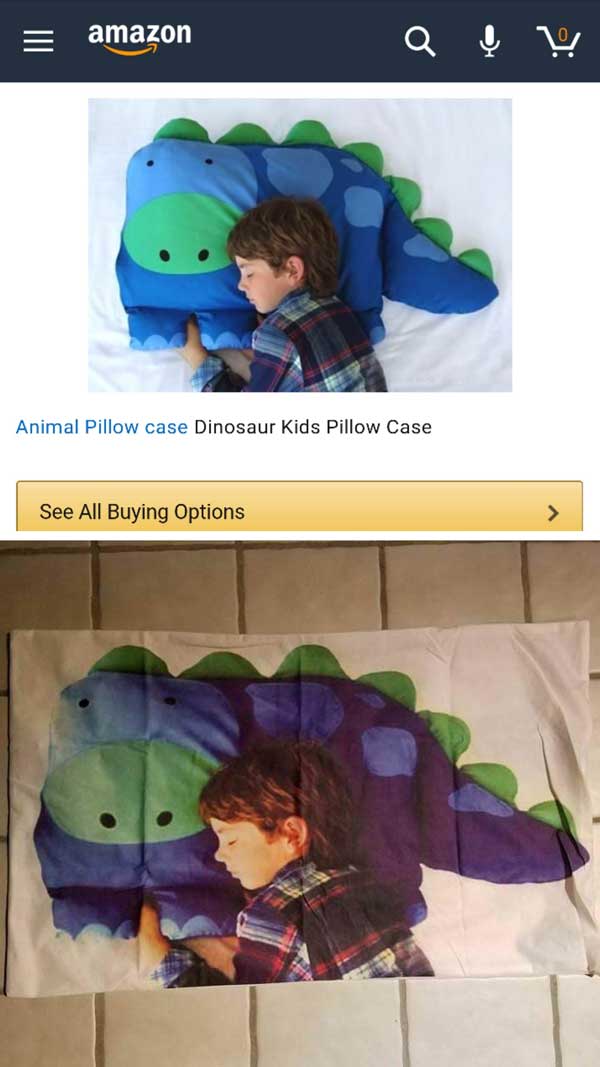 #15 When you're friends with a taxidermist, nothing surprises you anymore. 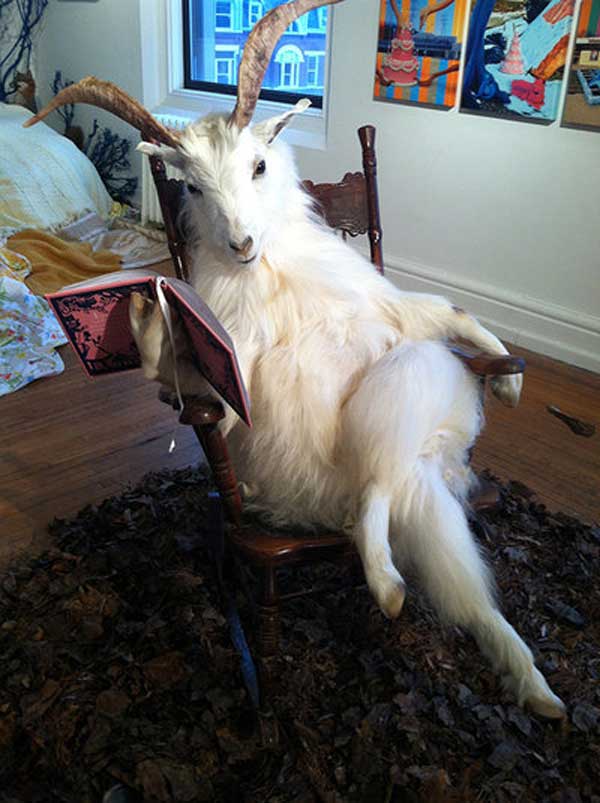 18 People Who Shopped Online And Then Immediately Regretted It