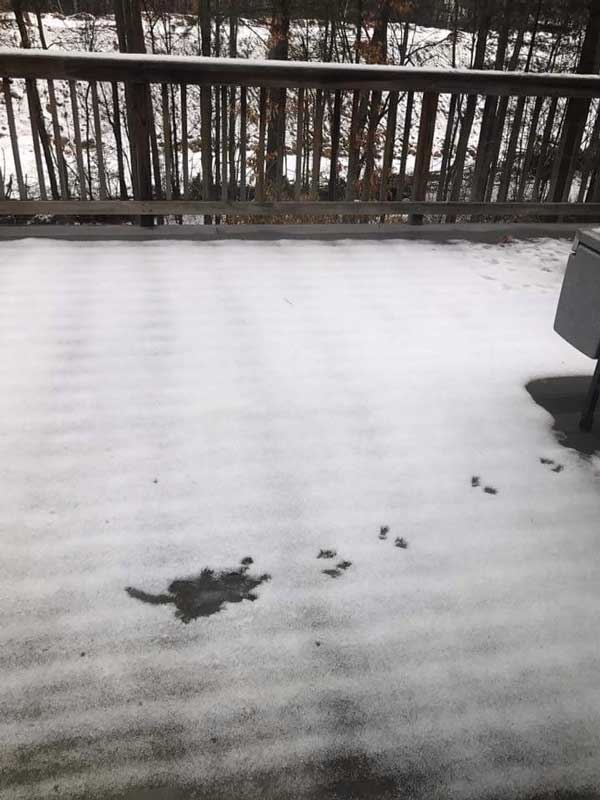 I can almost hear the cartoon noise it made as it hit the ground.
beefyfritosburrito / Via reddit.com

#2 Do you think this is funny? 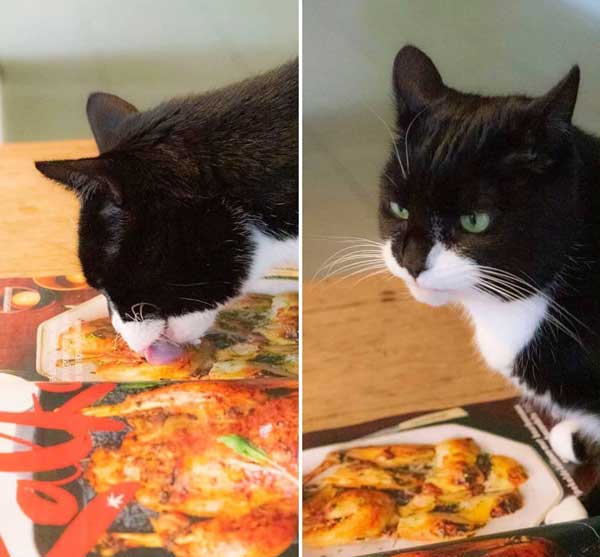 #3 Sarah (dog) stole a bite of Stella's food and Stella came running to me in the kitchen to complain about it. 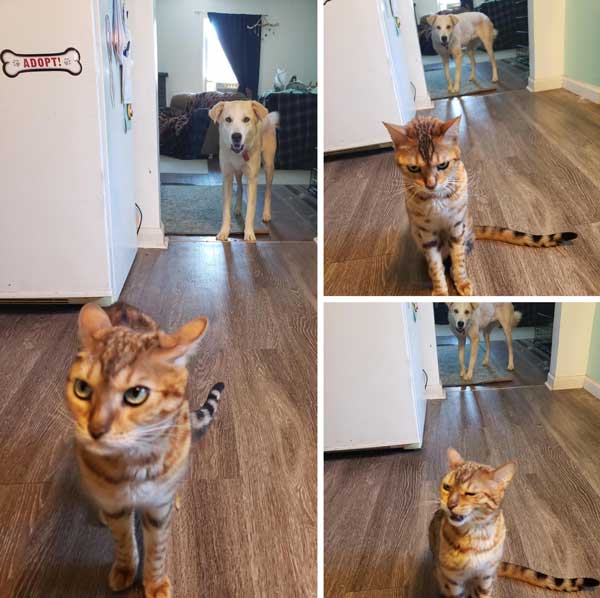 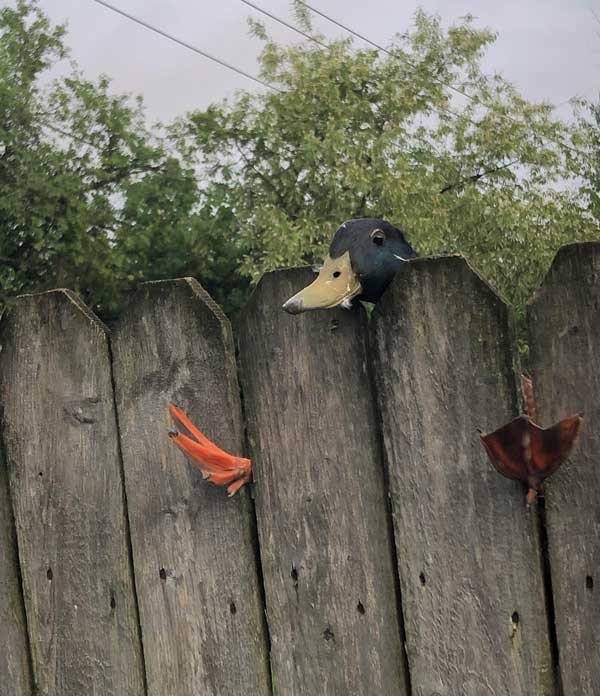 Looks like a fu*king looney tunes cartoon, Good job on the rescue though.
GoAskAlice / Via reddit.com 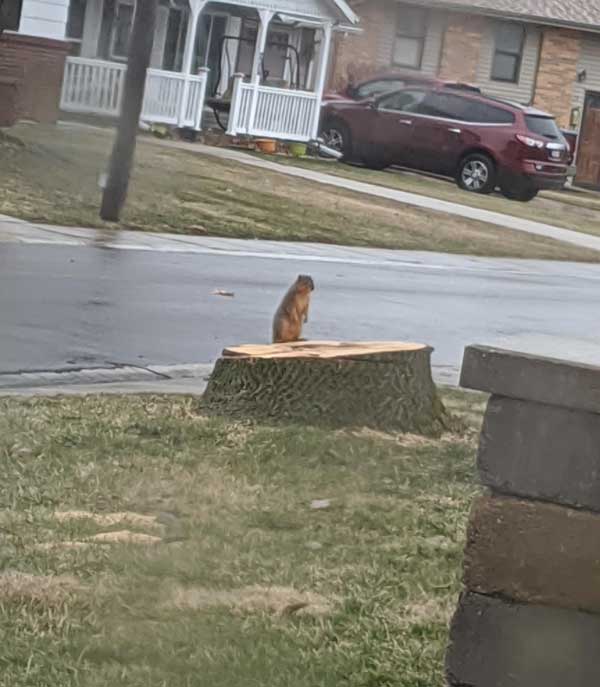 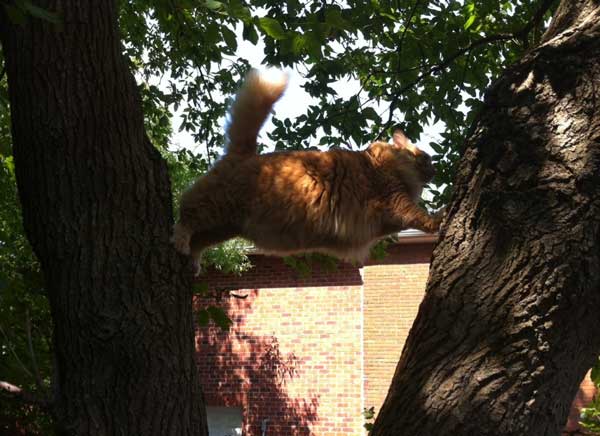 #7 My dog ran away, after hours of looking I came home to this... 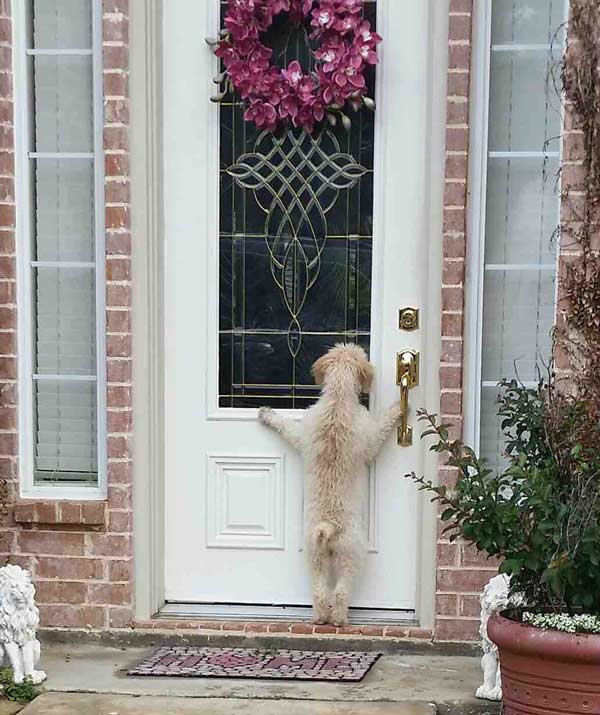 Now he's the one who is probably wondering where the hell you are.
Cowdimples31 / Via reddit.com

#8 Somehow our dog opened the upstairs screen door and ended up following our cat onto the roof. He required consoling before coming back inside. 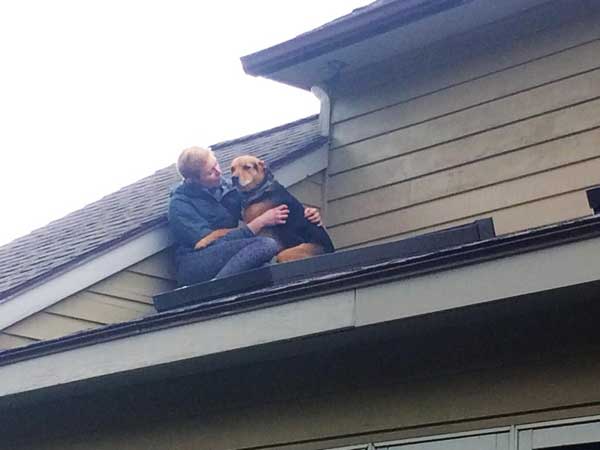 "Somehow." You know the truth. The cat lured him out there.
CallMePancake / Via reddit.com

#9 My pitbull always thought he was the biggest dog at the dog park. 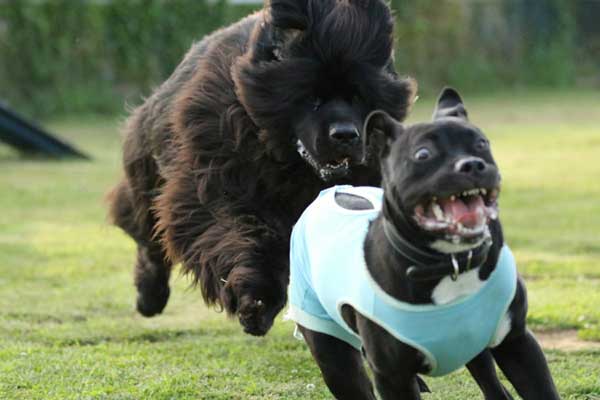 I see a dog and a bear with good hair.
warros / Via reddit.com

#10 My friends cat got it's head stuck in a vase, freaked out, broke the vase, and was left with this. 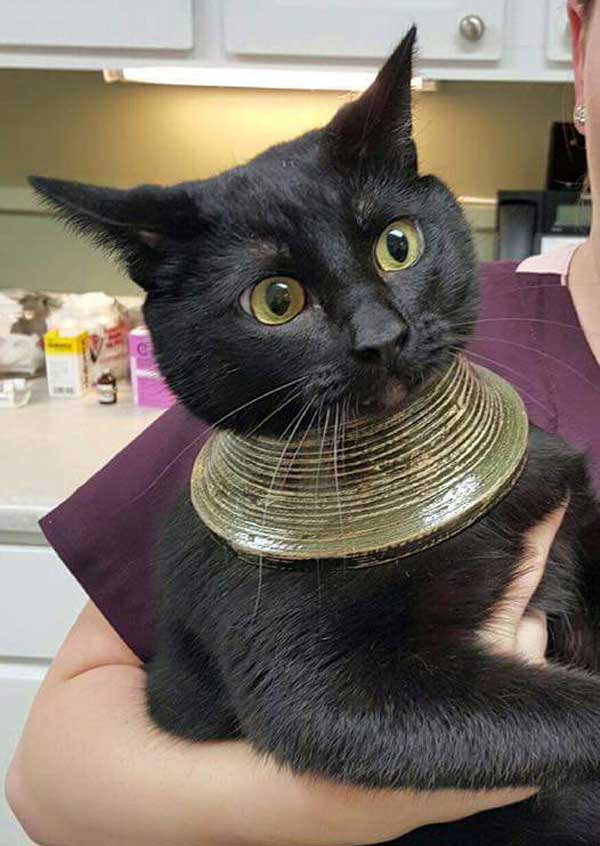 Your friend's cat has transcended the bindings of mere mortals and has become a deity. Cleocatra!
Hardin314 / Via reddit.com

#11 A memorial for the squirrel that ate through a wire that canceled classes for two days. It was paid for by the undergrad class. 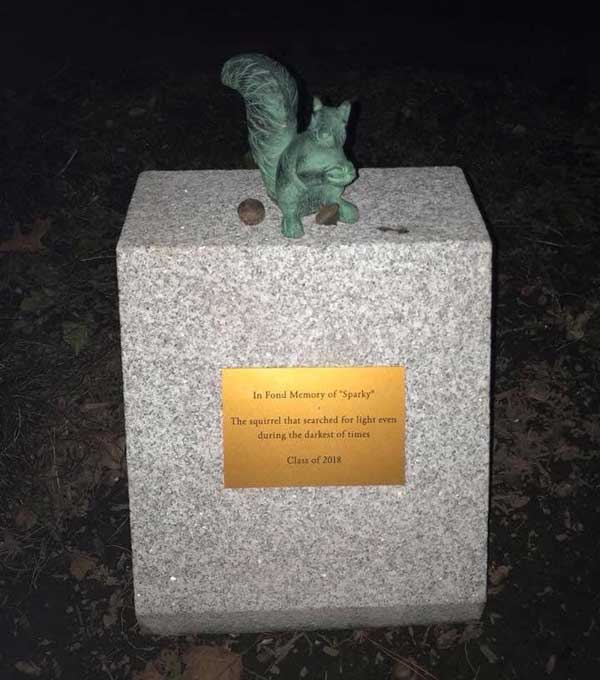 Fun fact. Animals are the number one cause of power outages.
Lynncy1 / Via reddit.com

#12 A friend left her dog at home and came back to this. Oreo apparently found a bag of charcoal and played with it. 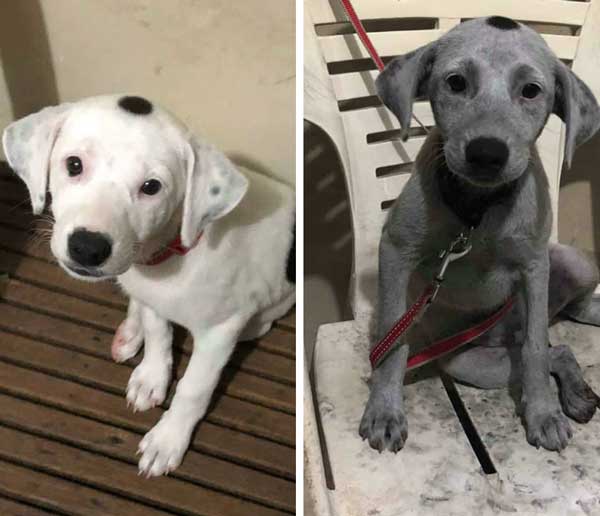 That one spot on the top of his head is amazing.
iamsecondtonone / Via reddit.com 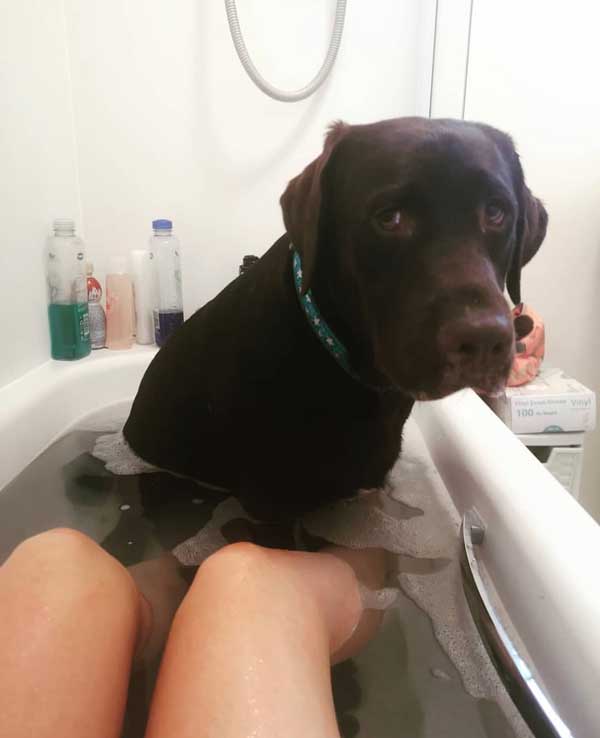 He heard a firework. Not sure if the world is ending but if it is he wanted to be with you.
dog_rates / Via twitter.com 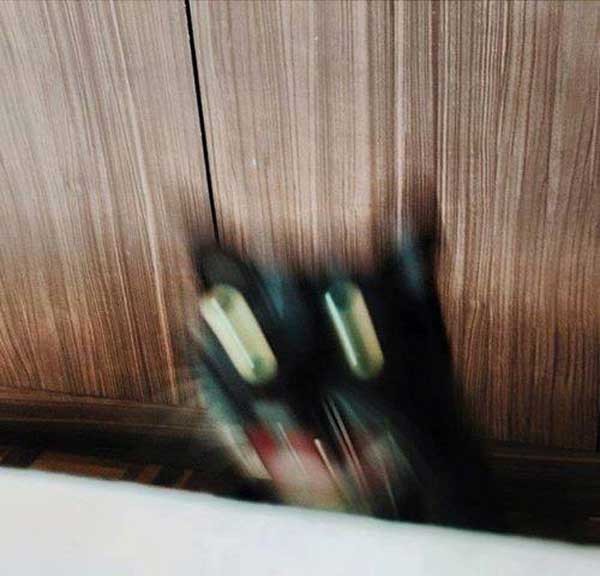 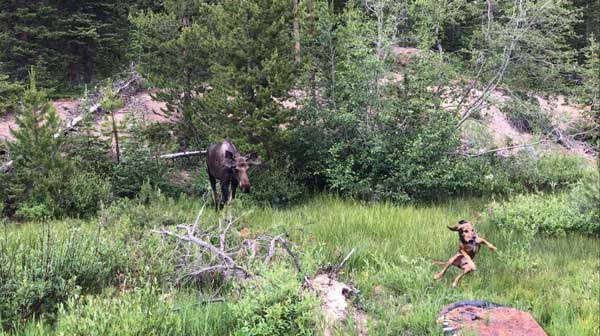 Honestly, probably a smart reaction on the dogs part. I would've nope'd right out of there too.
skiroads / Via reddit.com

#16 I think my dog just died a little bit on the inside when I didn't give her the last bite of my burger. 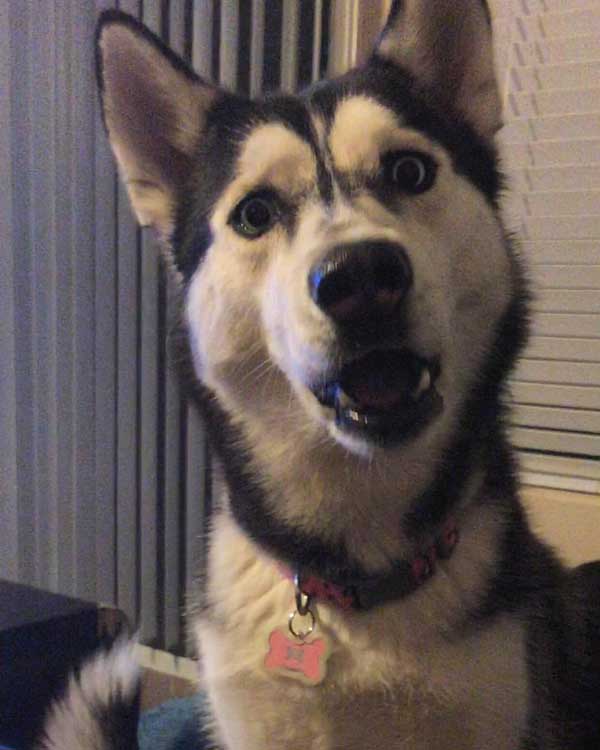