#1
Are you really in your early 20s if at least one of your friends isn’t convinced she’s pregnant at all times.
annamcbrideox / Via twitter.com

#3
Being in your early 20s is all about waking up gasping for air at 8am, rolling out of bed, having a quick cry in the shower before heading into your 9-5 job at a start up that spent more money on the basketball hoop than your annual salary
lukasbattle / Via twitter.com

#4
Convinced getting married in your early 20s is just a fad thing because there can’t be this many people finding their soulmates on the Dahlonega campus of the University of North Georgia
cat_i_e / Via twitter.com 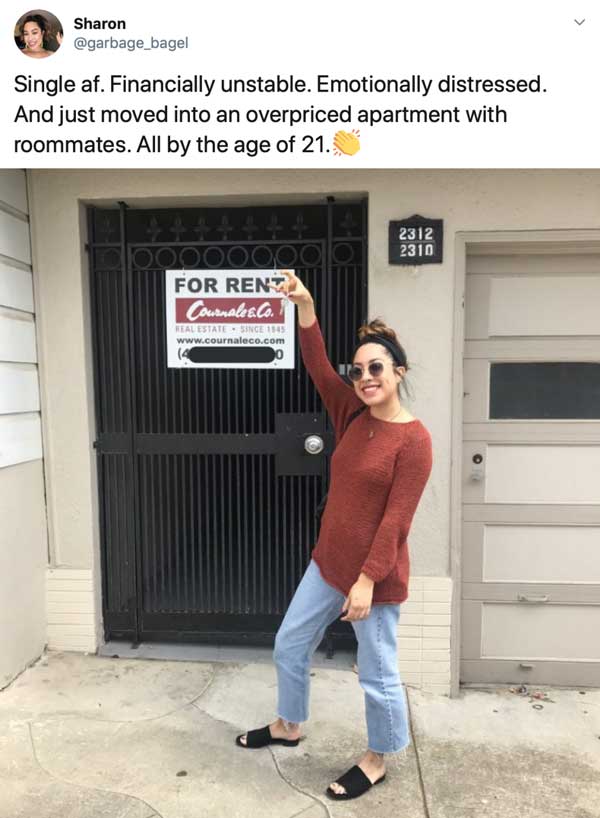 #6
This is the generation of looking 14 but actually being 22
amadijuana / Via twitter.com 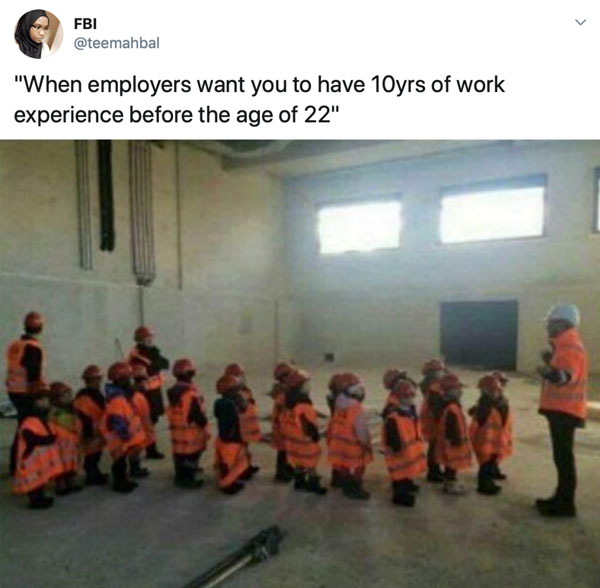 #8
Being 23 is a cool age. It feels a lot like 21 but with 2 additional years of failure stapled to your forehead
leonardcowalski / Via twitter.com

#10
Being 23 is just thinking you should move cities to solve your unhappiness instead of going to therapy to find out why you're unhappy
georgiemorvis / Via twitter.com

#11
Imagine being 22 and still having to lie to your mom like a child lmaoooooo.. it’s me I’m the fu*king child
keeleeloo / Via twitter.com

#12
I have friends getting married and having babies and I have friends making slushees out of pedialyte and vodka before 4pm. Idk what end of the spectrum I fall under but I do know being 23 is a very confusing age.
sweatyhairy / Via twitter.com

#14
Being 25 is so weird because like I want a baby but also I don’t really understand taxes fully
Loeybug / Via twitter.com

#15
Your 20s are for your father's attempts at compensating for being absent or emotionally distant your whole childhood
apesrnotmonkeys / Via twitter.com 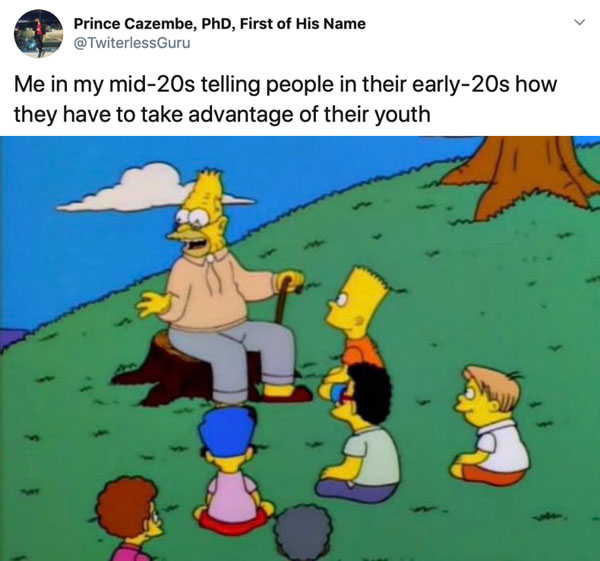 #17
Being 25 is such a trip I cannot believe people get this old
ellorysmith / Via twitter.com

16 Dad Jokes That Are So Bad They're Good