#1 River otters rarely make their own homes.
River otters are much more likely to take another animal’s home instead of building their own.

#2 Otters have the densest fur of the animal kingdom.
Their fur is so dense, with around a million hairs per square inch.

#3 Sea Otters Hold Hands While They're Sleeping.
It’s quite common for a mother and her pup to hold each other’s hands so that they don’t drift away from each other while they sleep.

#4 Otters eat 15% to 20% of their total body weight each day.
It’s key to their survival to eat such great quantities, especially for sea otters, as they use up so much energy keeping themselves warm. 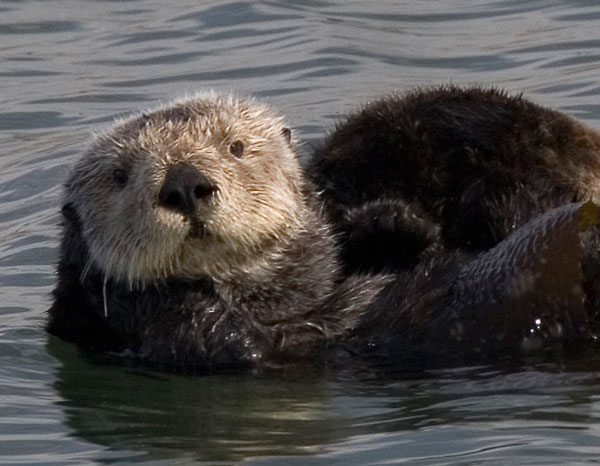 #5 The river otter spends most of their time on land.
Sea otters though, are the complete opposite. They may sometimes come to shore, but they spend the majority of time in the water, hanging around kelp forests.

#6 Otter poop has the strangest smell.
Otter "spraint" (their poo) is one of the least offensive smells in the world of excrement; it has a slightly fishy - pungent odour. It is a delight.
Scientists say that its smell is like that of violets.

#9 Otters are expert hunters.
While river otters mostly live off fish, crayfish and crabs, sea otters use rocks to smash open shellfish to fill their stomachs.
Not all otters eat seafood.
There are some otters in the Shetland Islands in Scotland which have been known to hunt rabbits instead of fish.
Otters and humans sometimes work together.
Fishermen in Bangladesh use otters to help them fish.

#10 Otters are very social creatures.
Otters are usually found in small family groups with the mother and her young offspring.
Otters are raised by their mothers.
The father is usually chased away soon after a litter is born though, and the mother takes care of them until they’re about a year old.
Otters are born with their eyes closed, and as soon as they open they have a lot to learn like swimming and hunting.

16 Random Things I Wish I'd Learned in School